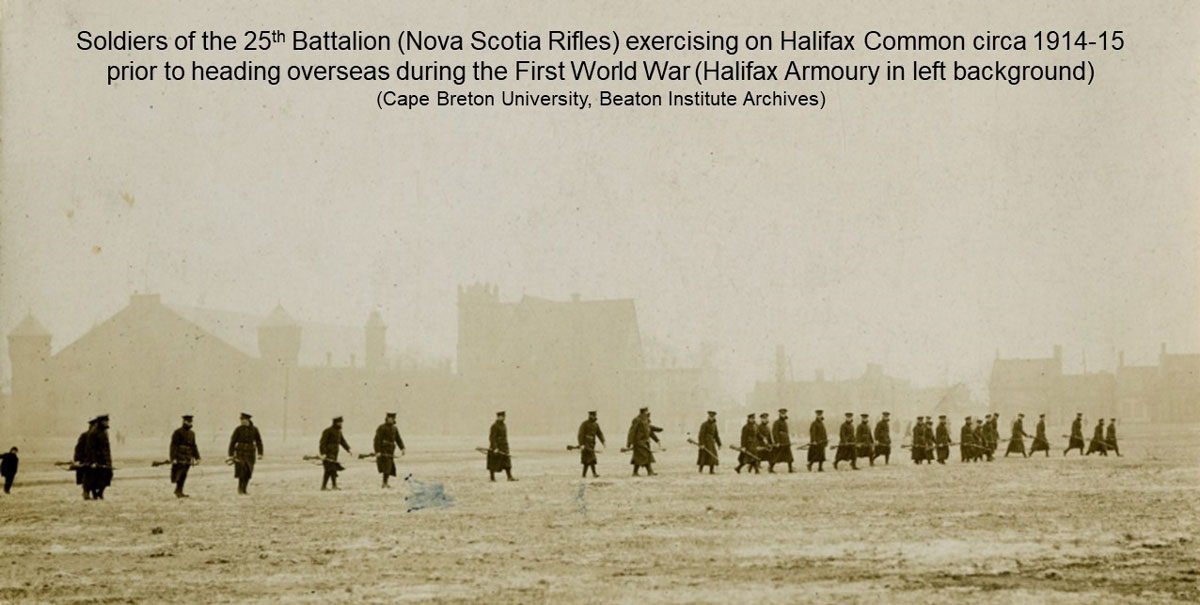 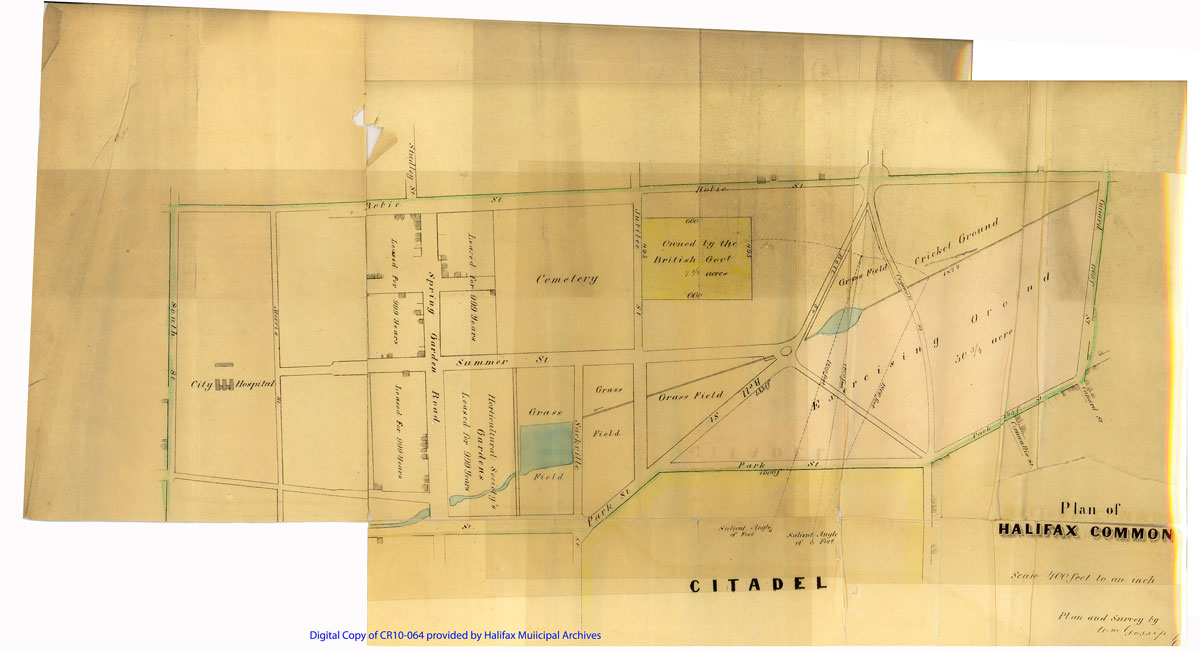 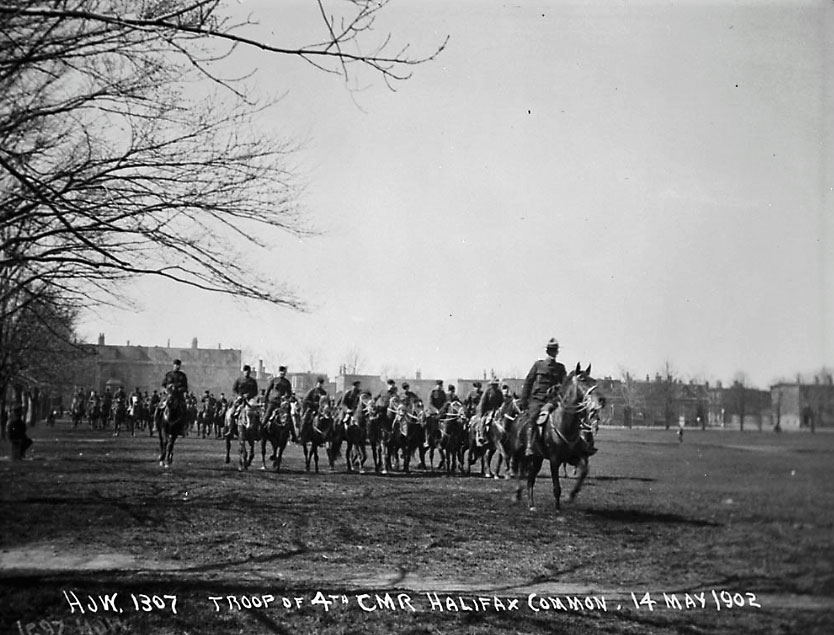 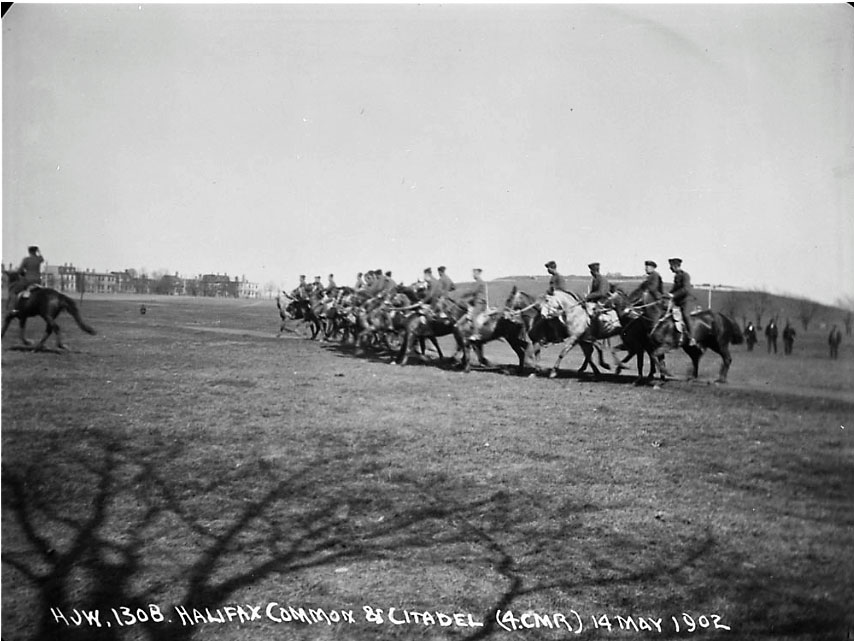 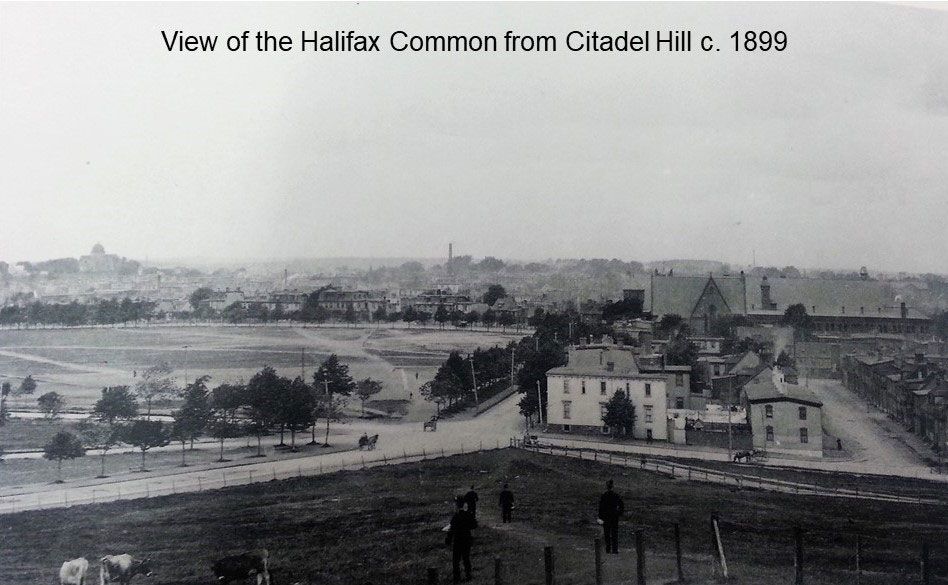 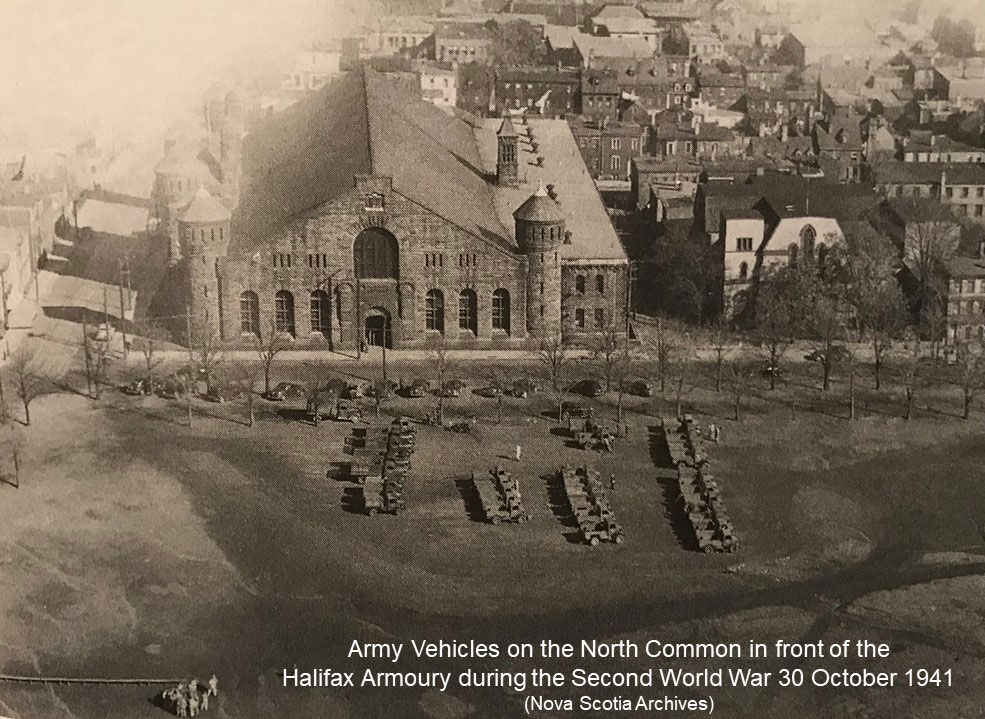 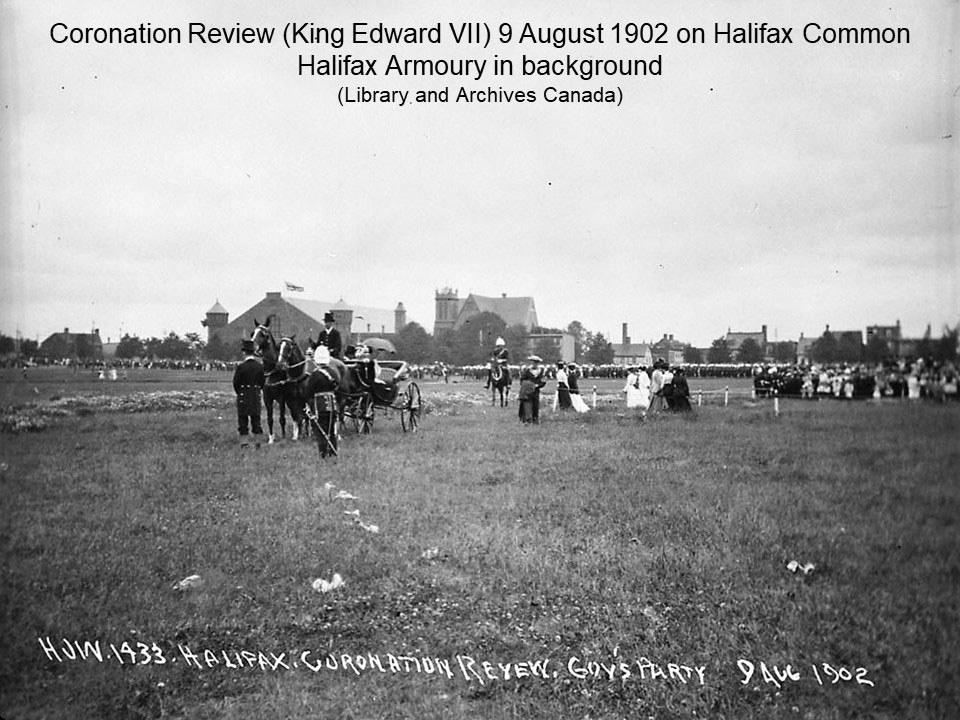 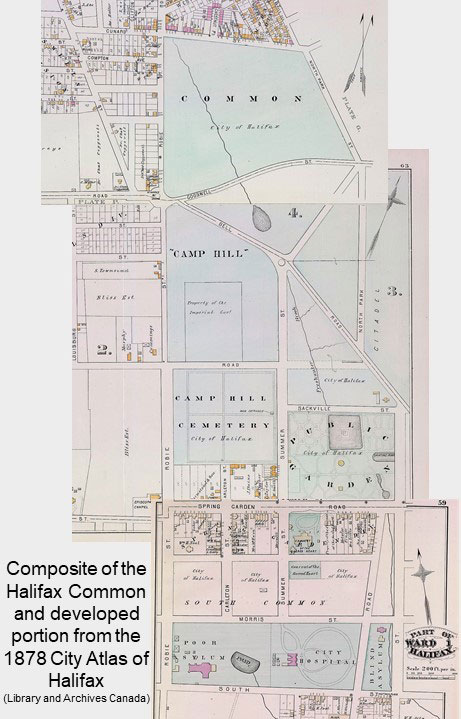 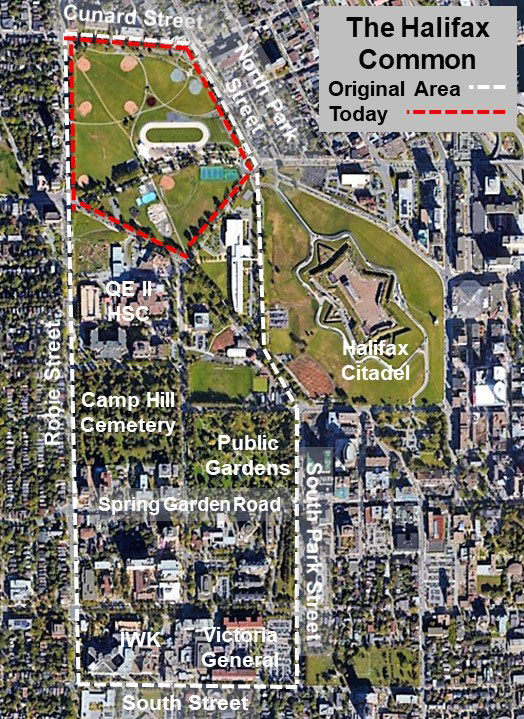 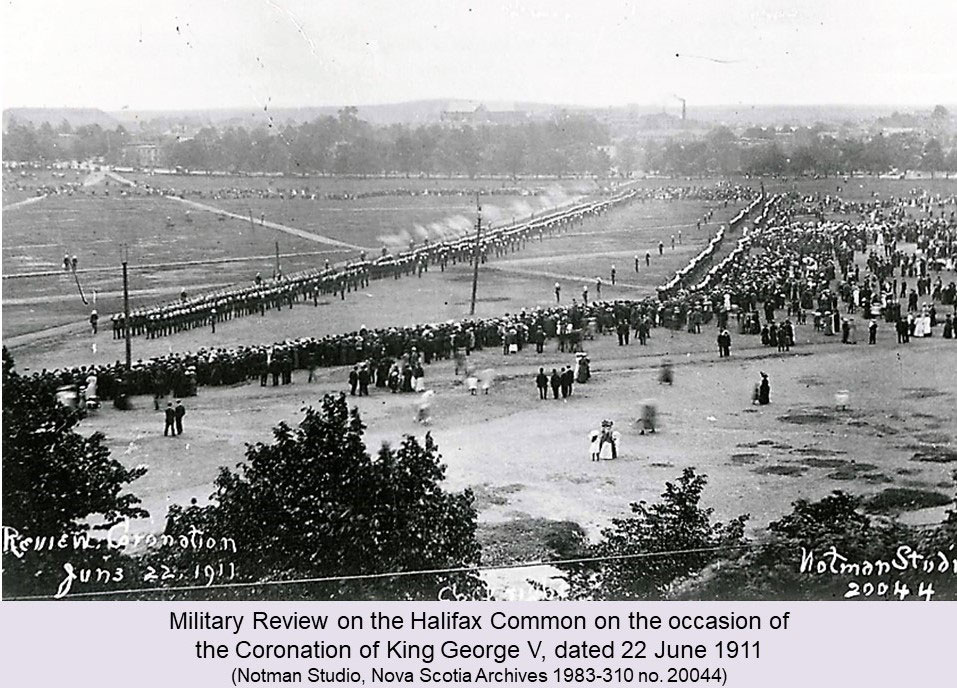 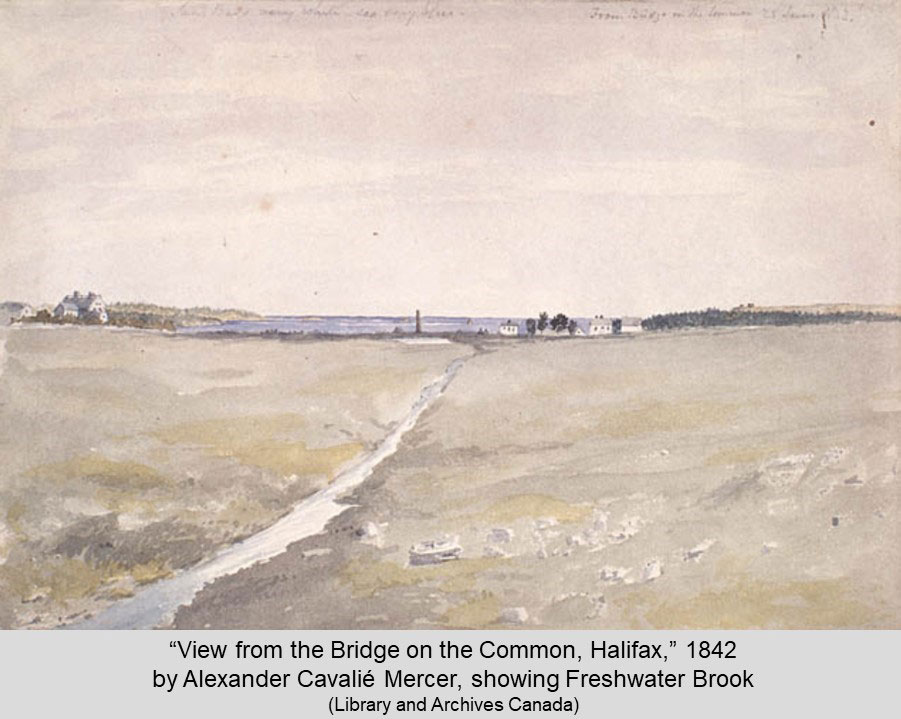 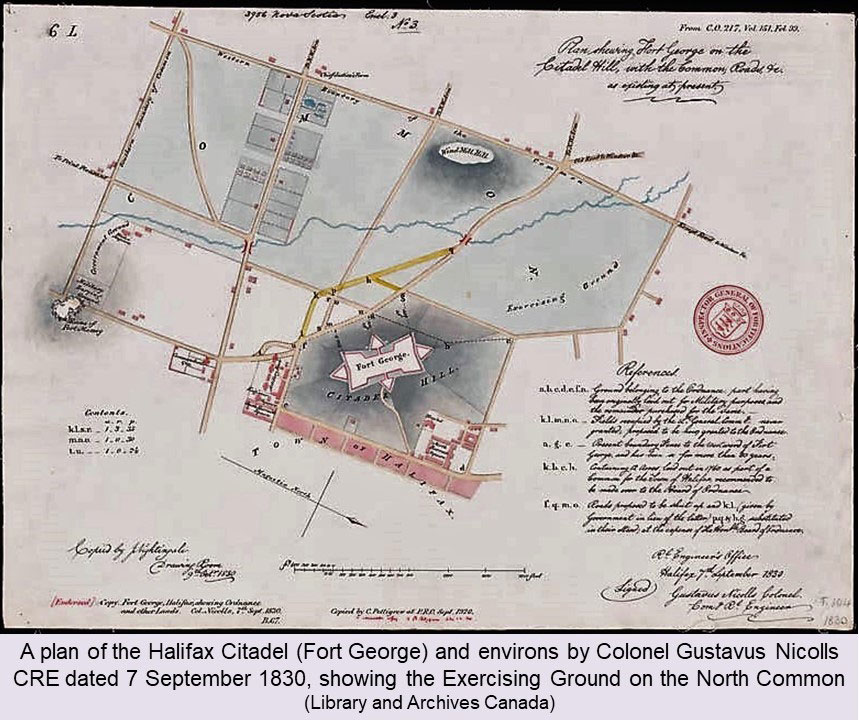 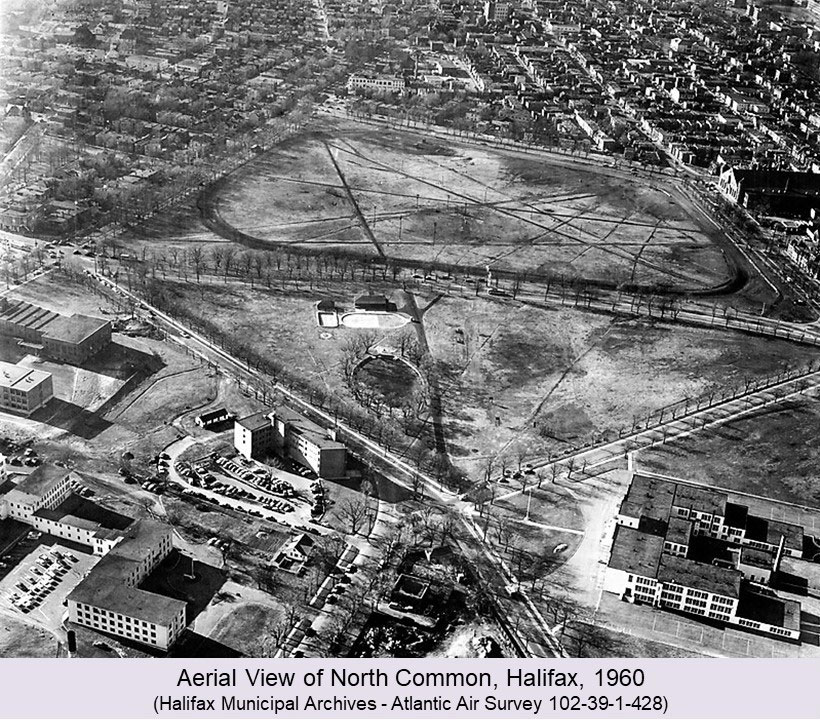 Canada’s oldest urban park, the 48-acre (19 hectare) Halifax Common dates back to the years immediately after the city’s founding by Governor Cornwallis in 1749. The Common lies to the immediate west of the Halifax Citadel in the central part of the Halifax peninsula.

The “Commons,” as it is known colloquially, originally formed part of a much larger Common area, over four times the size of what remains today. That swampy, lightly forested area bisected and drained by Freshwater Brook was first cleared by the British to afford an unobstructed field of fire against an enemy approaching the settlement and its defences from the west. The area, just west of Citadel Hill was also used for exercising troops, such as during the build-up to the 1758 Siege of Louisburg. In 1760/62, a larger 235-acre (97 hectare) area for the Halifax Common was formally laid out under the authority of Lieutenant Governor John Belcher. It stretched all the way from today’s Cunard Street on its north side to South Street in the south, bounded by Robie Street to its west and North Park and South Park Streets to its east. King George III granted the land in 1763 “for the use of the inhabitants of the Town of Halifax forever.” Common public use such as grazing civilian and military horses and livestock was encouraged, alongside periodic military training. The Common was also the site of military executions over the years.

In 1772 an 11-acre (4½ hectare) area for an exercising ground for British troops stationed in Halifax was laid out on the Common immediately southwest of the Citadel. Measuring 600 by 800 feet (180 by 250 metres), this area was located on the west side of a road (the old Blue Bell Road, which was the continuation of Queen Street) that skirted the base of Citadel Hill. That area is now occupied by the Wanderers Grounds and the Garrison Grounds and the land in between. During the construction of the fourth Citadel in 1832, to make room for an expanded glacis, that road (Blue Bell Road) at the base of the hill was moved westwards to bisect the 1772 exercising ground – this today is Bell Road (see also the HMHPS site “Halifax Citadel”).

During the American Revolution, with the evacuation of British troops from Boston to Halifax in 1776 the Halifax Common became the site of a military camp to accommodate the extra troops whose numbers exceeded the available barracks.

The early 19th century saw the Common used regularly for military parades. As Thomas Beamish Atkins describes in The History of Halifax City (1895),

“The Common was the usual resort of a large portion of the inhabitants on a Sunday afternoon during the summer months. It had been the custom for many years, and had continued to be so until discontinued by Governor Maitland (around 1830), for the whole garrison, which usually consisted of service companies of three regiments, a part of artillery, and a company of sappers and marines, to parade on the common every Sunday afternoon at three o 'clock during the summer season. The Governor and his staff attended and the whole brigade, with their regimental colors, and the artillery, with their field pieces, formed a line and were inspected by the Governor or Commander-in-chief, after which they marched around the drill ground, passing before him at slow time, saluting him in open column of companies.”

In 1834 during a cholera epidemic in Halifax, troops were placed under canvas and many camped at Windmill Hill – which was thereafter known as Camp Hill. The site was later acquired by military authorities in 1839, with Camp Hill Cemetery being established in 1844 to replace the Old Burying Ground on Barrington Street as the city’s main cemetery (see also the HMHPS site “Camp Hill Cemetery”).

In 1818 at the request of the inhabitants of Halifax, an Act of Legislature authorized the leasing of 25 acres of the Common to private citizens for 999 years. These lots formed the western extension of Spring Garden Road beyond South Park Street, which effectively severed the southern part of the Common from the northern part. Leading from this, as the 19th century progressed, many buildings housing institutions deemed ‘for the public good’ were constructed on this severed south part of the Common, such as the Halifax Infirmary, the Victoria General Hospital, the Museum of Natural History, the Dalhousie University Medical Campus, All Saints Cathedral and a School for the Blind. The park-like areas of the Public Gardens, the Wanderers and Garrison Grounds, and Victoria Park remain as vestiges of the former South Common. Meanwhile the North Common remained relatively untouched by development efforts, as it was still used as a military training ground. For example, an elaborate “sham fight” was staged on the North Common for visiting royalty in 1869; the formalized scripted sham fight and the field day being the two most common forms of military training at the time.

The use of the Common for active recreation began to be promoted during the Victorian era, with its use by the Halifax Cricket Club in the 1860s, the Wanderers Amateur Athletic Club in the 1880s, as well as lacrosse, horse shows and horse races taking place. More recently baseball diamonds, basketball and tennis courts and a skateboard park have been built. The most recent addition is a 400-metre oval skating track, built for the 2011 Canada Games and becoming a permanent feature soon afterwards.

In 1899 the Halifax Armoury was built adjacent to the Common at its north corner (see also the HMHPS site “Halifax Armoury”). Immediately after the Halifax Explosion in December 1917 the military erected 400 tents equipped with wooden floors, lights, heat, cots and blankets on the Common near the Armoury for those left homeless by the blast, along with a 250-bed emergency hospital. The North Common near the Armoury was also used for mustering men and equipment during the Second World War (1939-45)

In recent decades the Halifax Common has served as a venue for a number of high-profile public events and gatherings, such as visits by Pope John Paul II in 1984; by HRH Queen Elizabeth II and HRH Prince Philip and their visit to the Membertou 400 Cultural Village on the Common in 2010; and large-scale outdoor concerts by the Rolling Stones in 2006 and Paul McCartney in 2009. These events and others drew crowds numbering in the tens of thousands (estimated 80,000 for Pope John Paul II), proving the value of the Halifax Common as a place for mass public gatherings.

Today the Halifax Common remains a green oasis in the midst of the city. The Friends of Halifax Common (https://www.halifaxcommon.ca/) advocate for its preservation in light of the development that has encroached upon and diminished its footprint over the past two centuries.