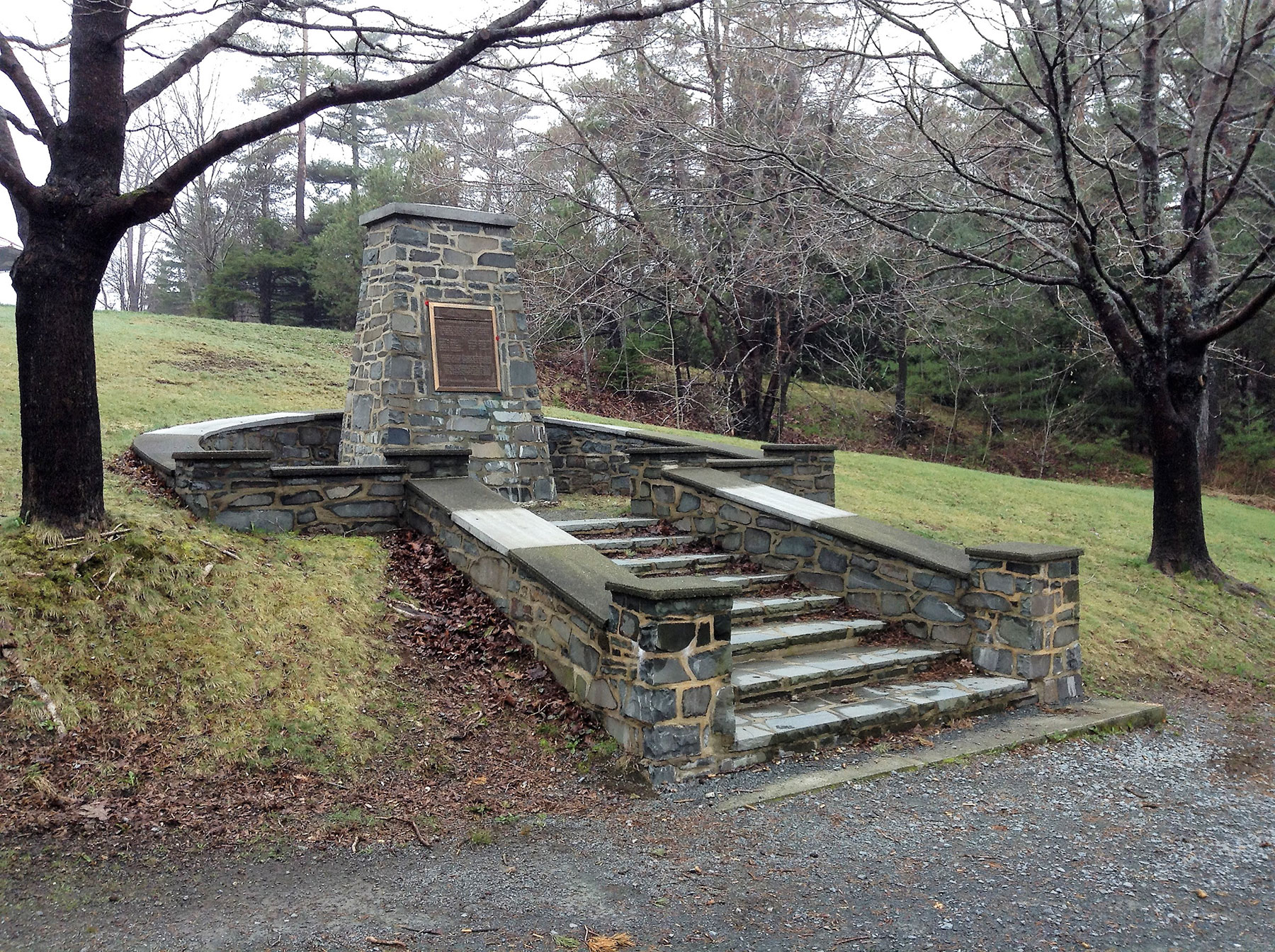 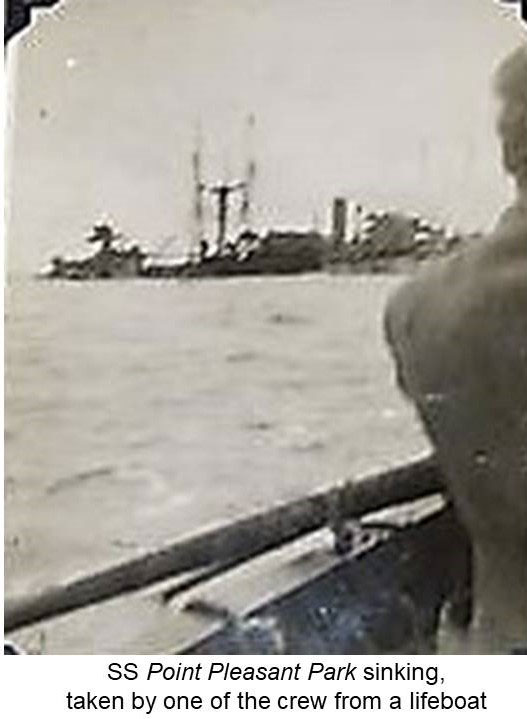 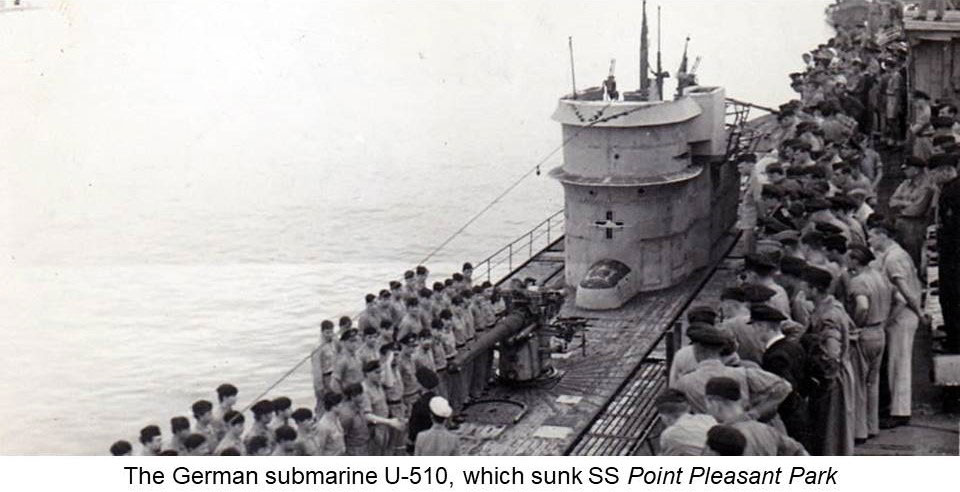 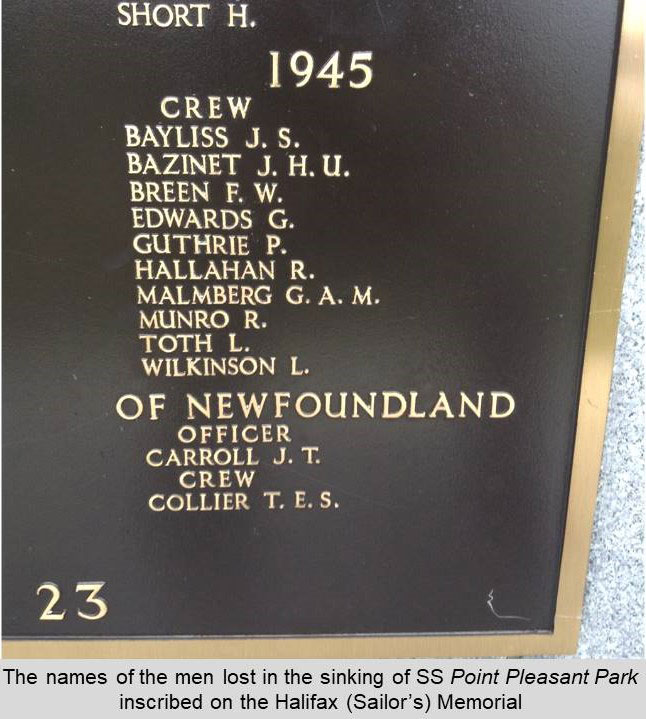 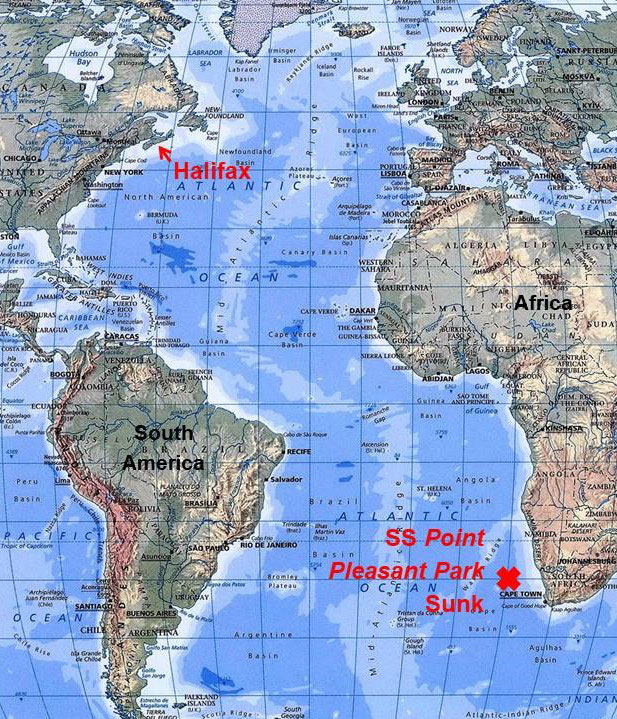 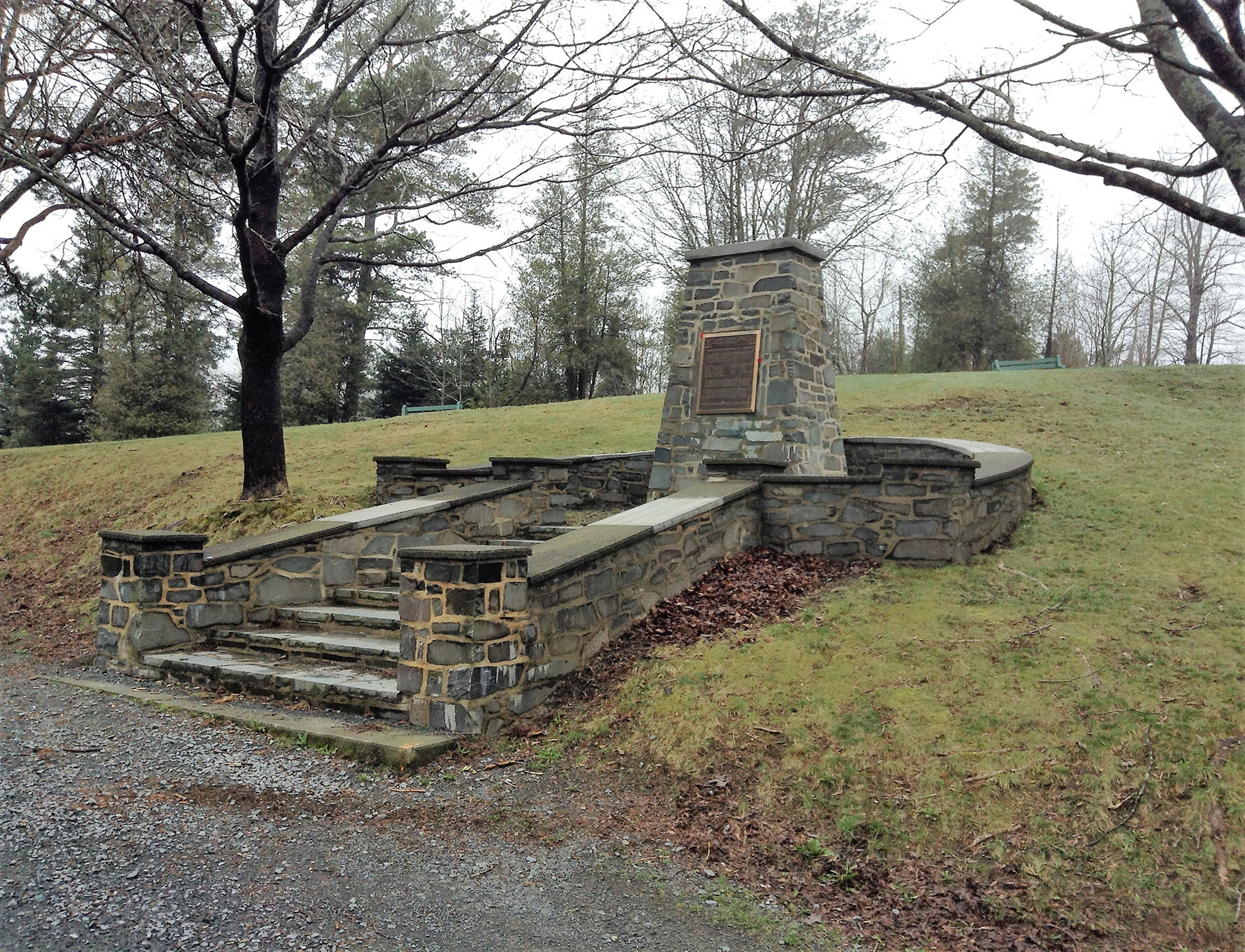 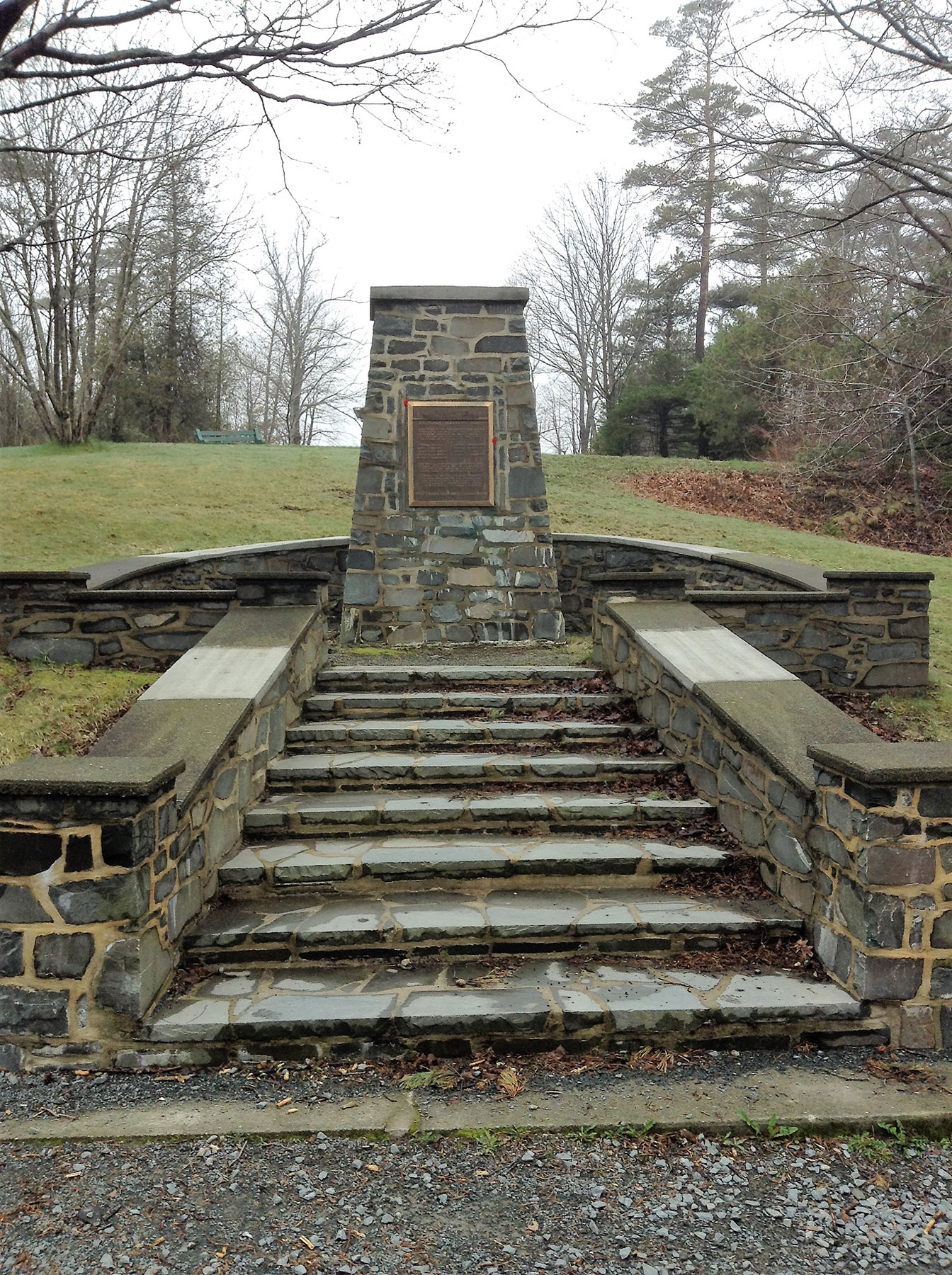 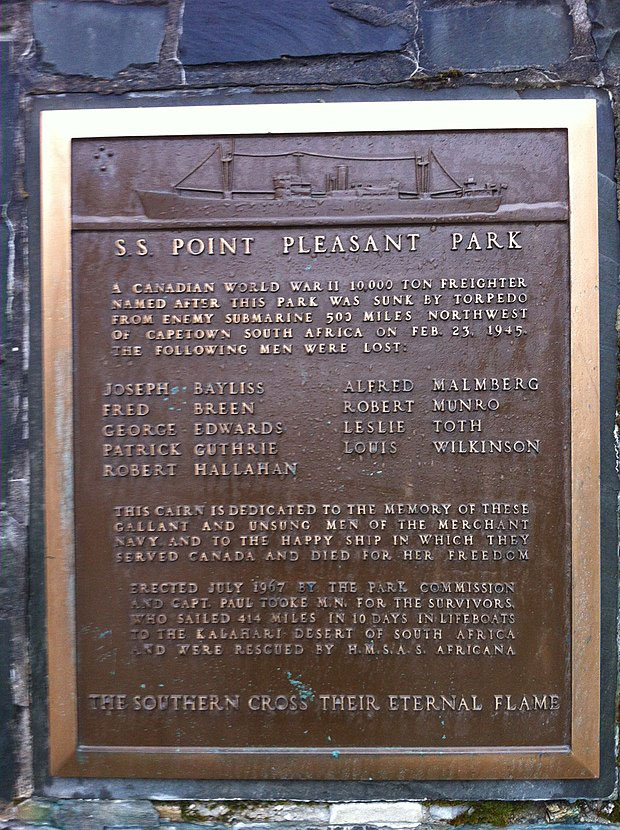 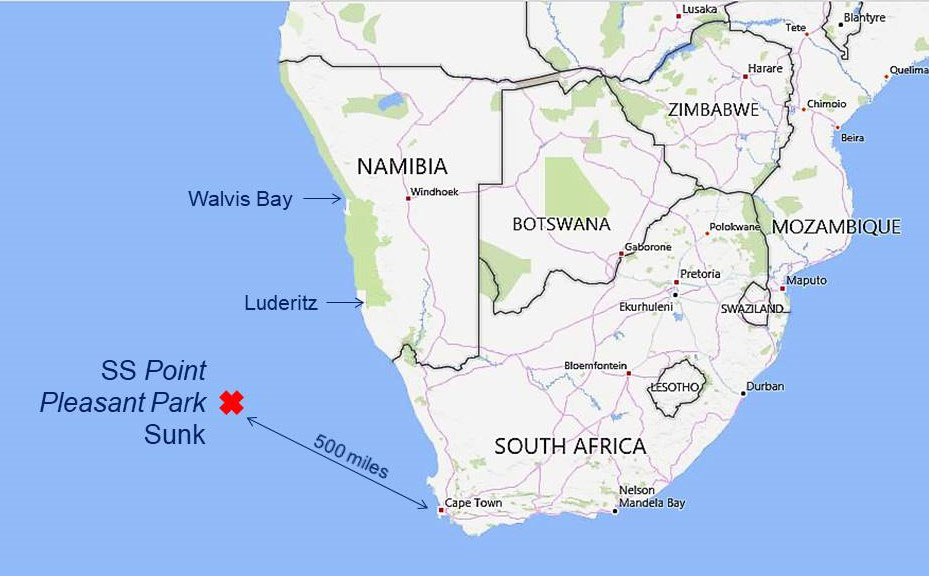 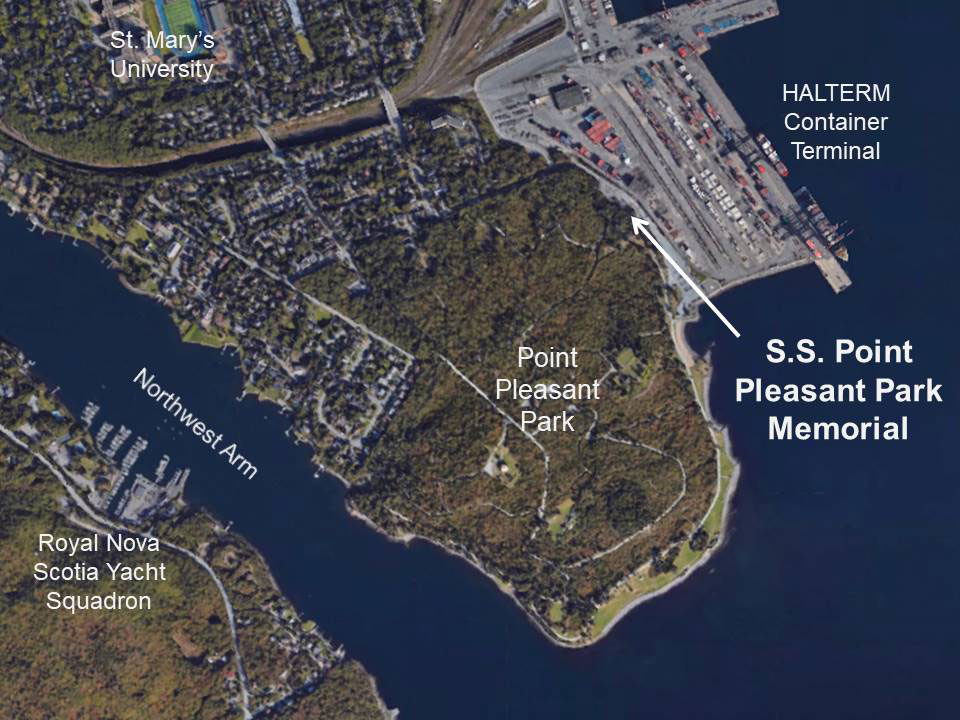 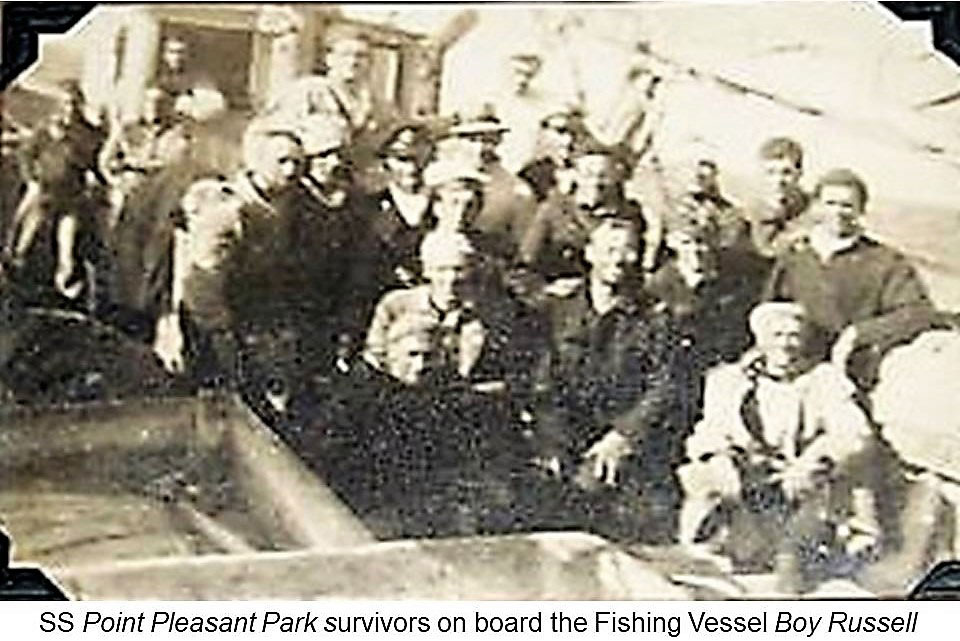 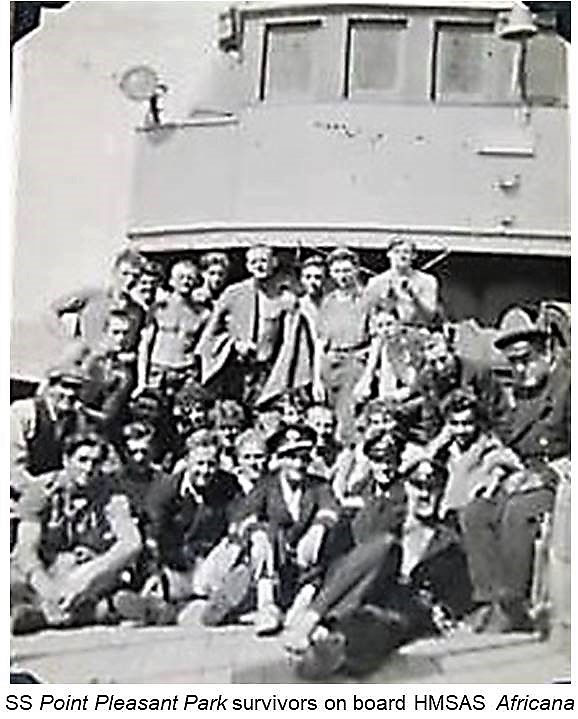 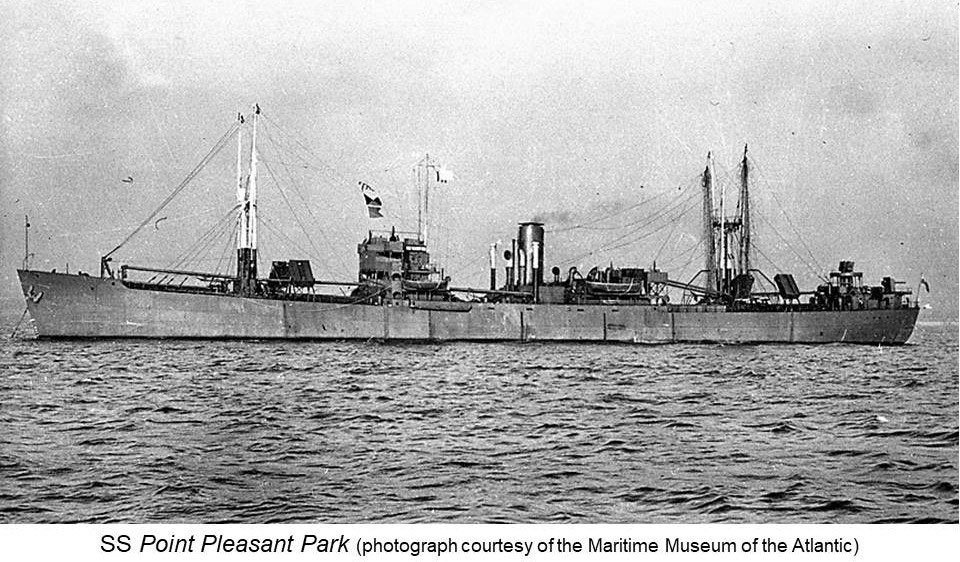 The Battle of the Atlantic was the longest continuous battle of the Second World War and one in which Canada played a central role. It began on the opening day of the war in September 1939 and ended almost six years later with Germany’s surrender in May 1945.

The Canadian Merchant Navy in 1939 consisted of just 38 vessels; however Canada would build 403 more over the course of the war. SS Point Pleasant Park was one of these vessels, a 7,136-ton Park-class general cargo ship, built at Davie Shipbuilding and Repair Co. Ltd. in Lauzon, Quebec and entering service on 8 November 1943.

On 23 February 1945 about 500 miles northwest of Cape Town, South Africa, SS Point Pleasant Park was attacked by the German submarine U-510. A torpedo fired by U-510 struck the ship and killed 8 of the 58 crew immediately (another died later in a lifeboat). As Point Pleasant Park began to sink, her remaining crew abandoned ship in three lifeboats at the order of her Captain, Owen Owens. U-510 then surfaced and finished sinking the ship with gunfire from her 37mm AA gun.

Separated during a storm, one lifeboat made landfall at Mercury Island off the coast of present day Namibia on 2 March, after a week adrift. The master and 19 crew members were brought by the fishing vessel Boy Russell to Luderitz, South West Africa. The other lifeboats with 29 crew members made it to Spencer Bay farther up the coast; they were rescued by HMSAS Africana, a minesweeping trawler of the South African Seaward Defence Force on 4 March and landed at Walvis Bay, South West Africa.

The monument to SS Point Pleasant Park and the 9 members of her crew who died during her sinking was unveiled on 6 July 1967 by Captain Paul Tooke, who had sailed previously in the ship, and one of the survivors, Philip Caddock. Consisting of a stone cairn and a bronze plaque, surrounded by a low stone wall with steps leading up to it, the monument stands on the eastern side of Point Pleasant Park, in Halifax, NS, the park for which the ship was named. The names of the crew members who perished are inscribed on the plaque, as well as on the Halifax Memorial elsewhere in the same park, which commemorates those Canadians and Newfoundlanders who lost their lives at sea during the wars, and for whom there is no known grave.