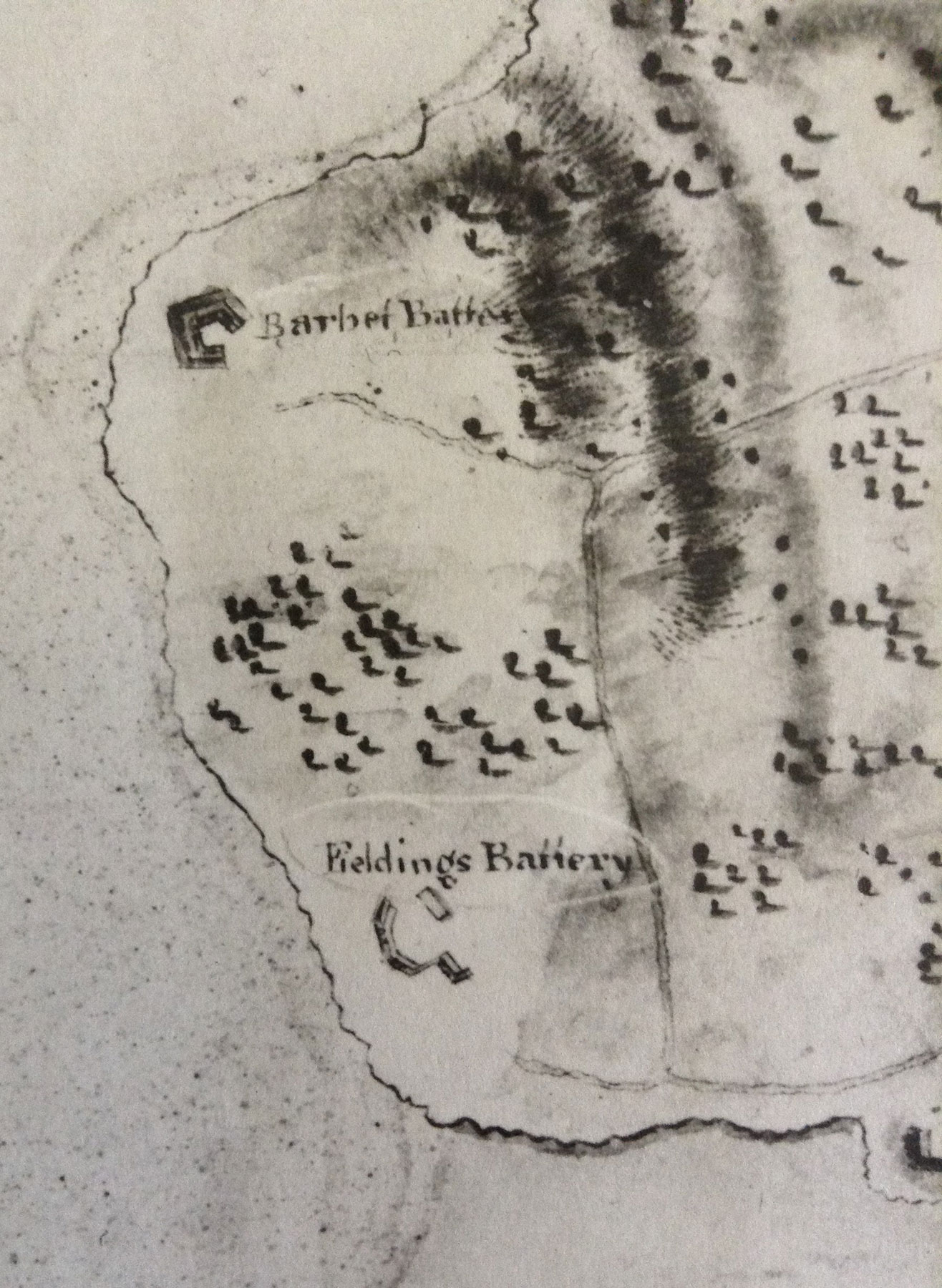 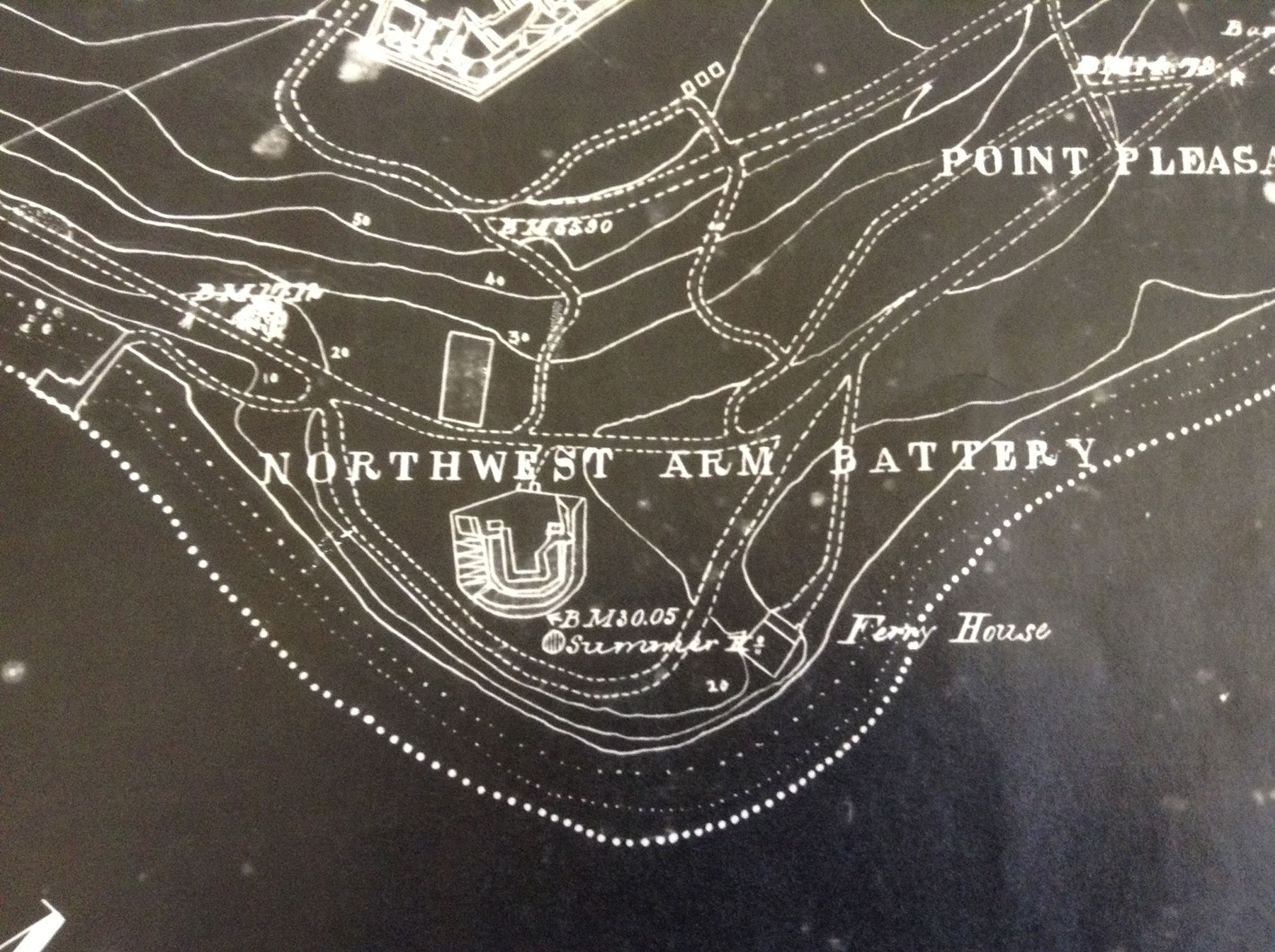 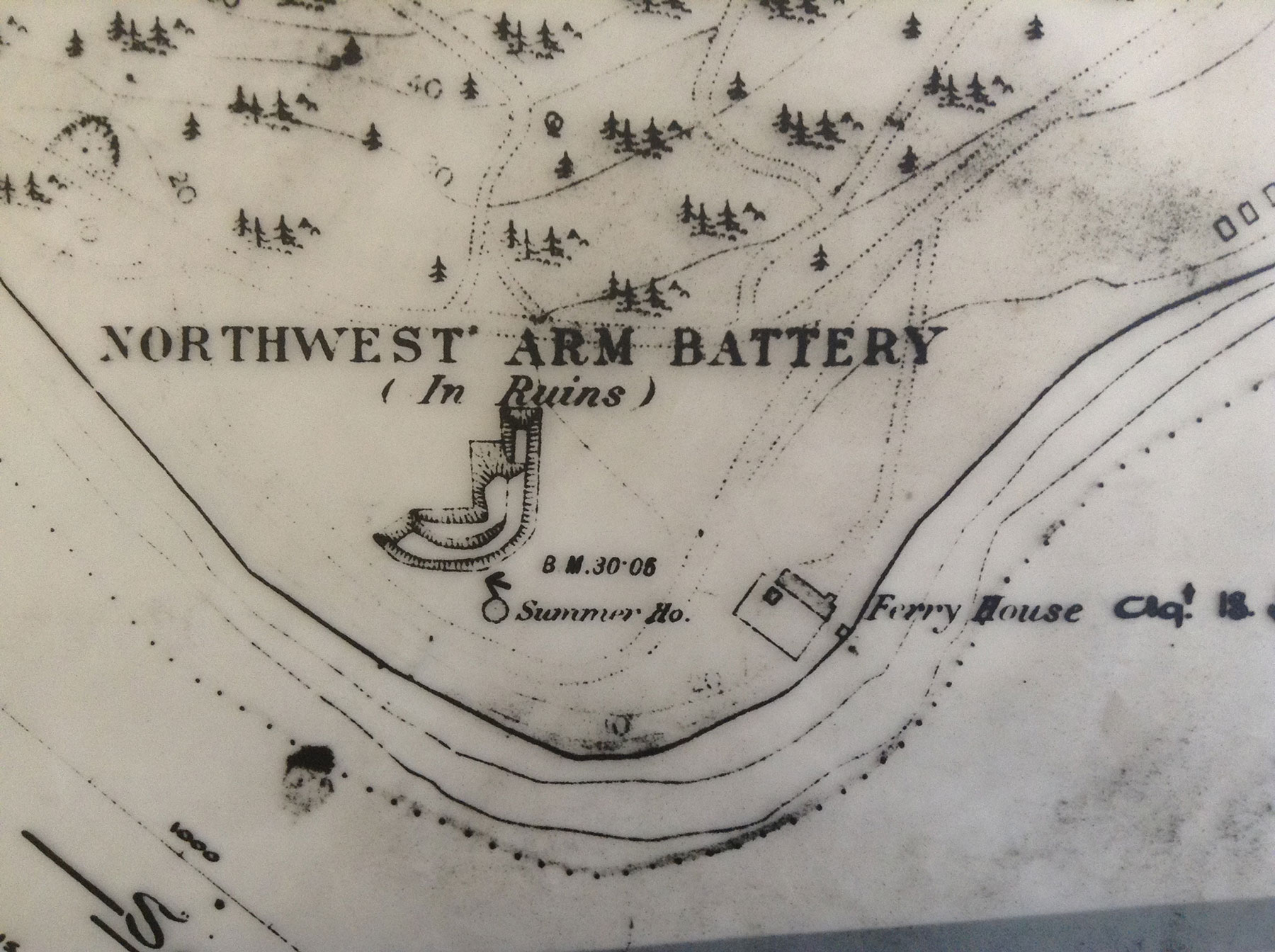 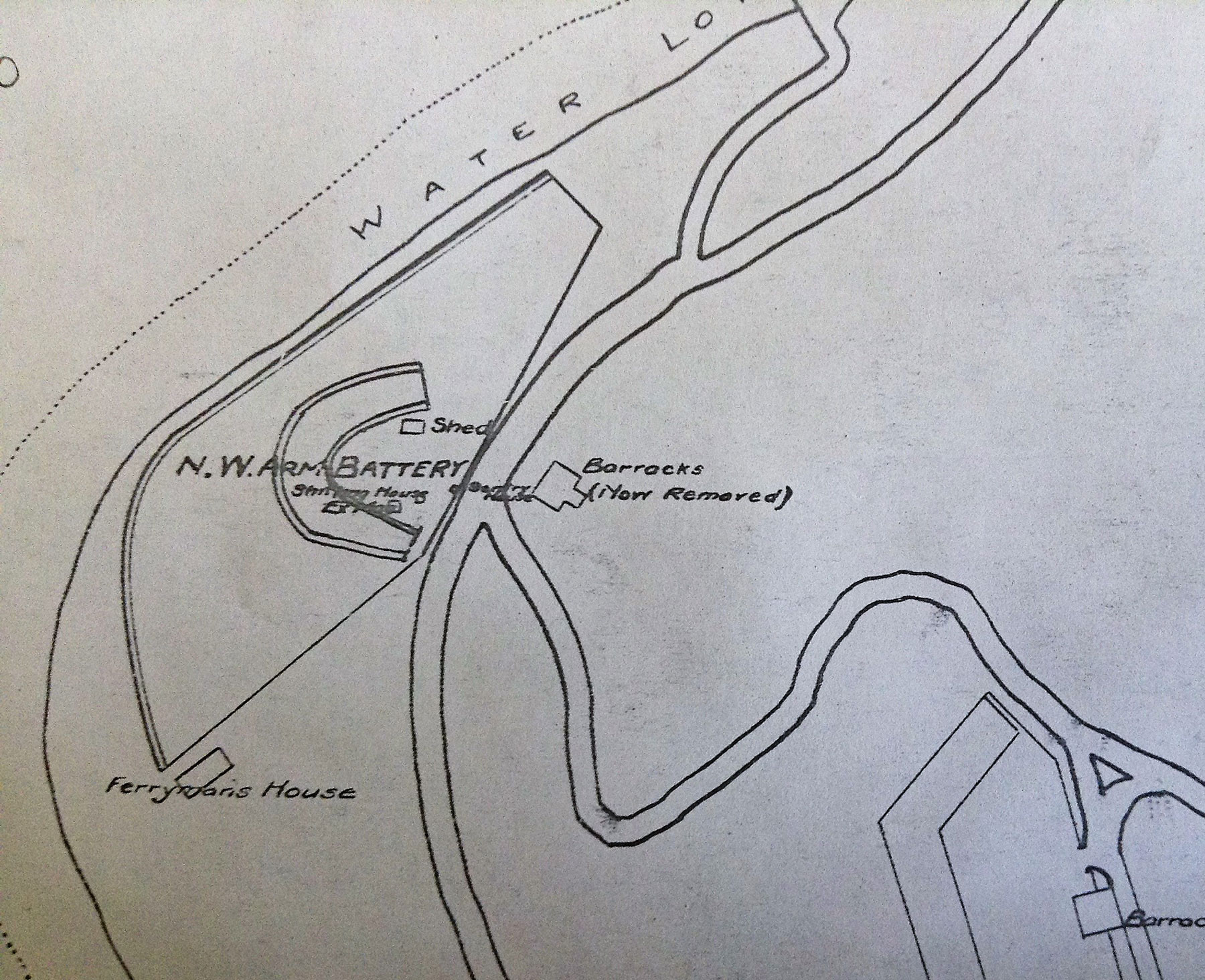 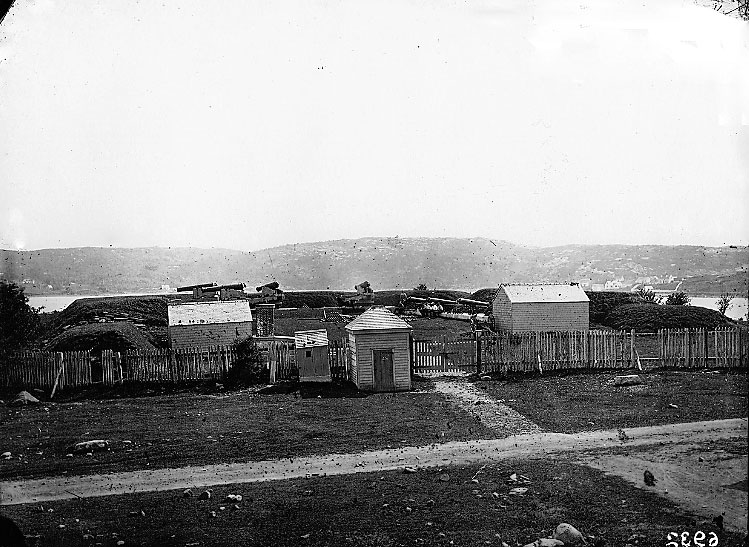 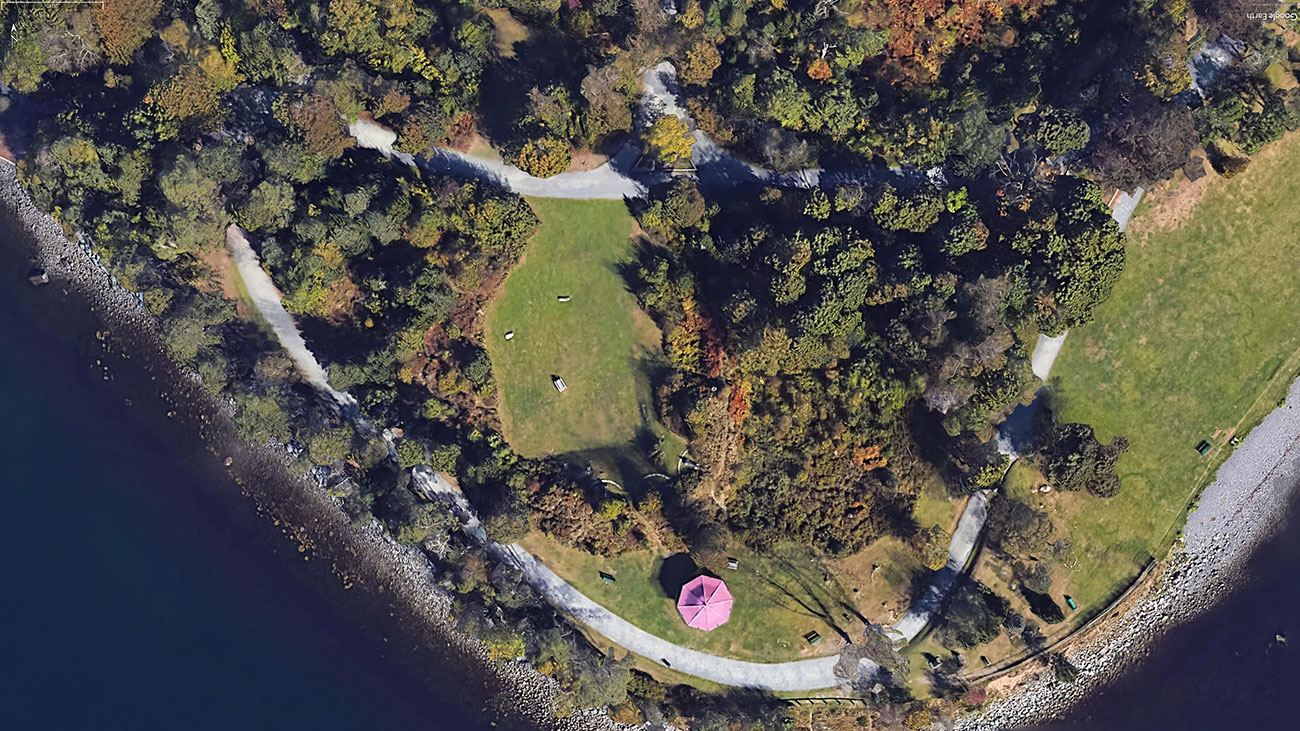 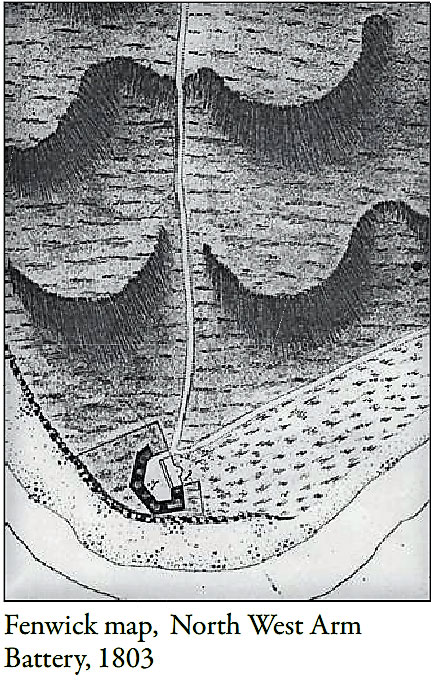 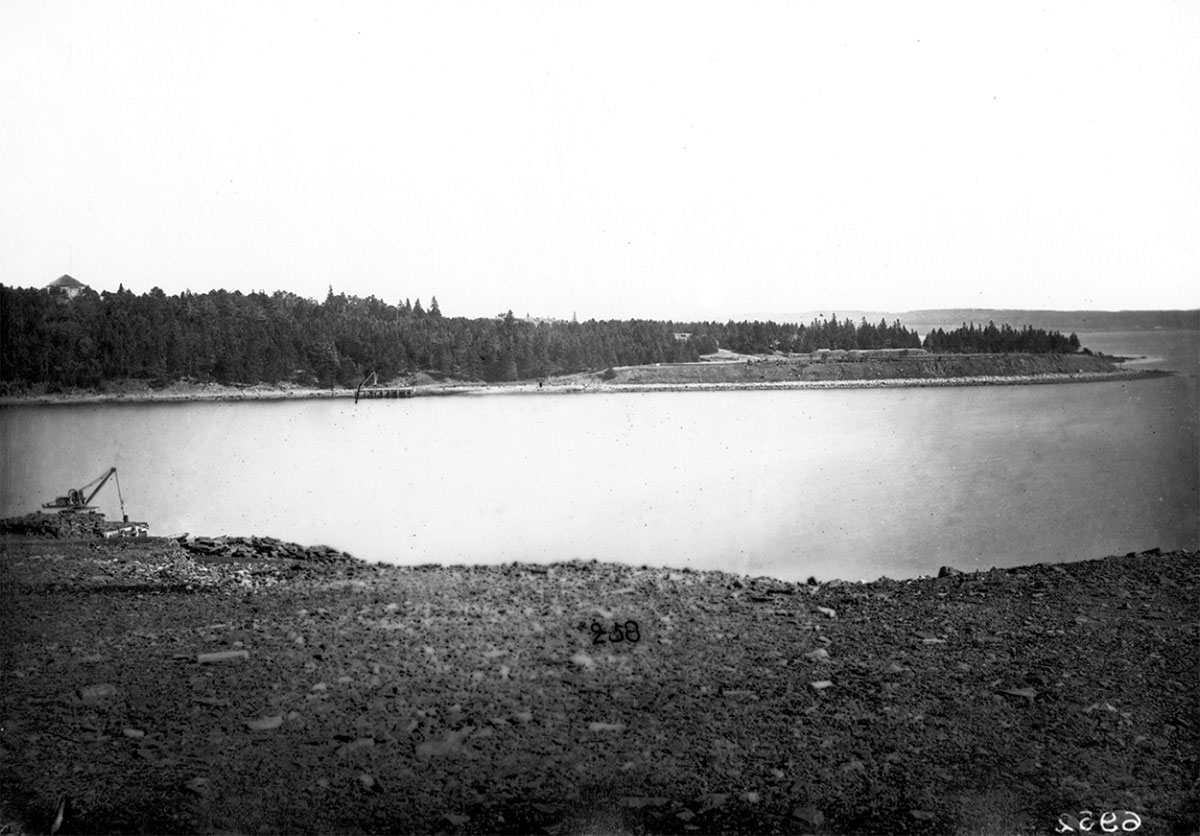 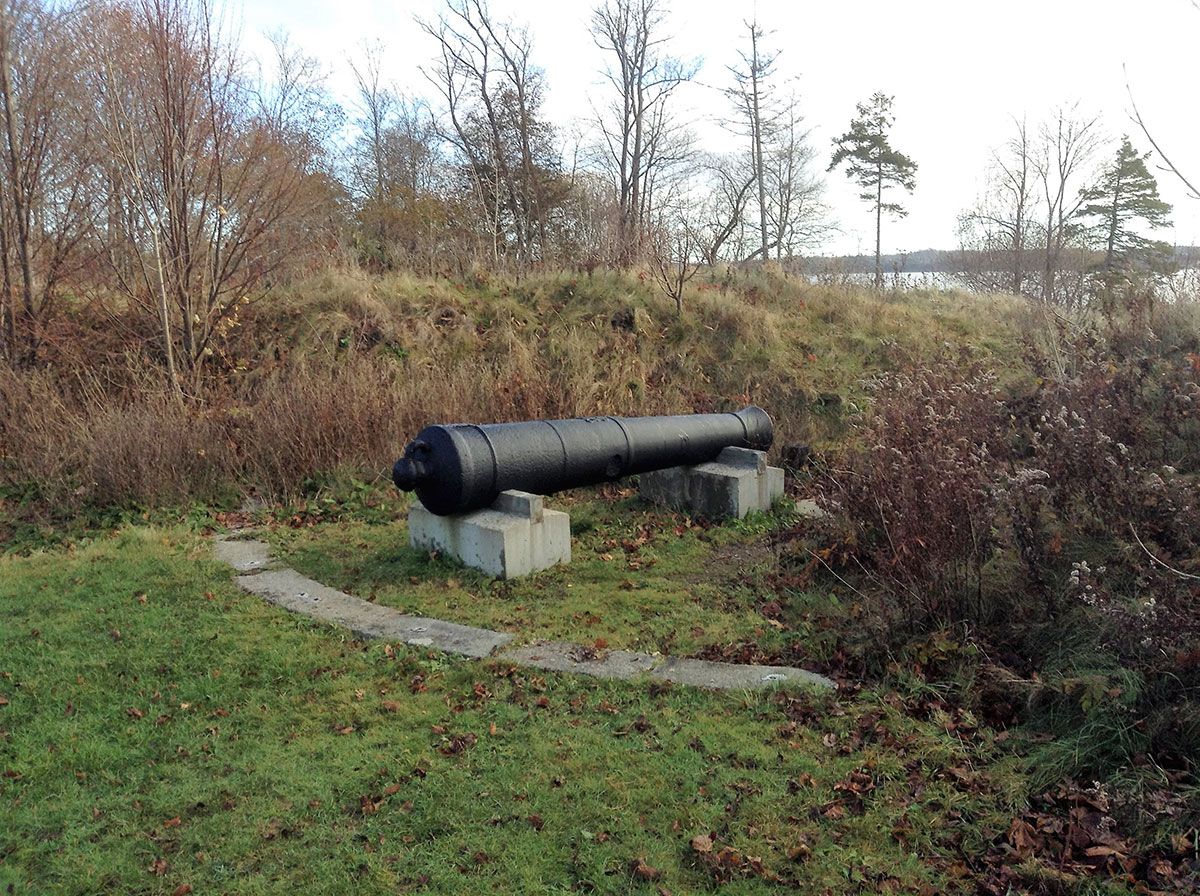 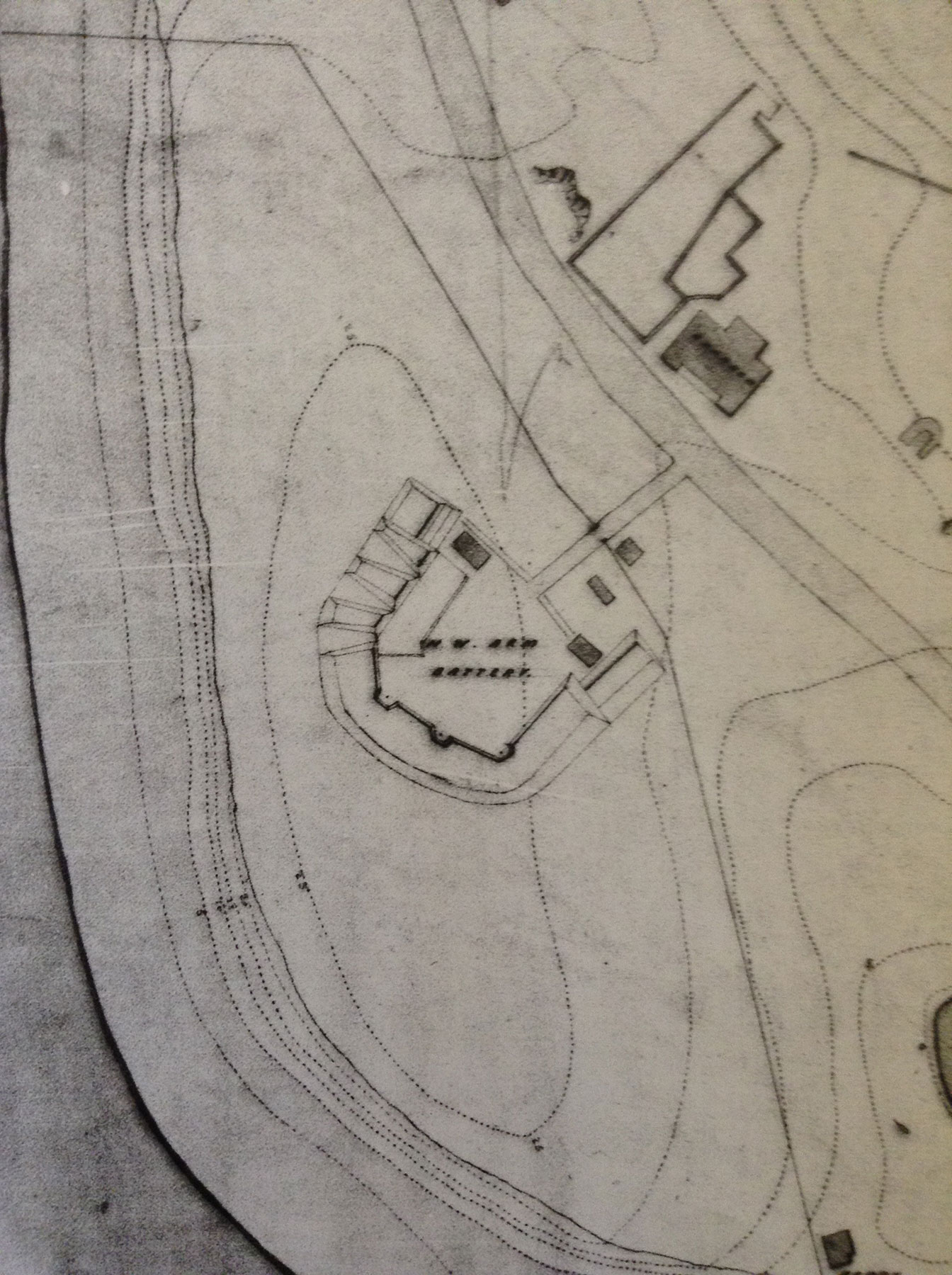 Major General John Henry Bastide, Royal Engineers oversaw the initial construction of Northwest Arm Battery, along with Point Pleasant Battery, in the summer of 1762. Both were built in response to the French having captured St. John’s, Newfoundland in July that year and amid resulting concerns of an imminent attack on Halifax. Located on the western side of Point Pleasant, Northwest Arm Battery was intended to prevent enemy vessels from entering the Arm and attacking the Halifax peninsula from the west. It operated in conjunction with an armed Royal Navy sloop and chain boom located 700 yards further up the Arm, and it consisted initially of a Barbette Battery of ten 9-pound cannon. It was also known at the time as Flagstaff Battery.

Northwest Arm Battery was upgraded in 1782 towards the end of the American Revolution (1775-1782) to mount four 18-pounders, two on each of the two faces of the lunette. Two 9-pounders were positioned on the flanks, en barbette, and a shot furnace was added for heating the cannon balls to be fired at enemy ships.

With the construction of Cambridge Battery in the 1860’s, which was armed with newer, more powerful and longer-range rifled muzzle-loading guns, Northwest Arm Battery became largely redundant and fell into disuse. Today a remaining portion of the southern lunette wall can be discerned, entombed in earth, along with the embrasures and races for three gun positions – the race for the fourth gun position can just be made out in the undergrowth. Additionally, two Blomefield-pattern cast-iron smooth-bore 18-pounders from the late 18th century are displayed.

Reference: The Evolution of Fortress Halifax 1749-1928 by Harry Piers