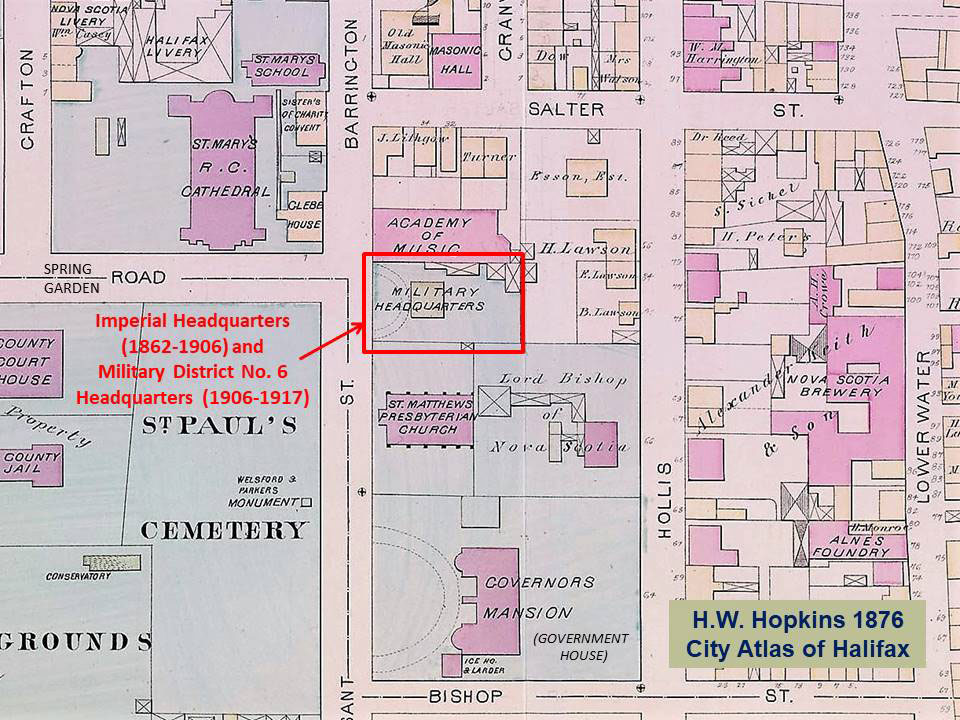 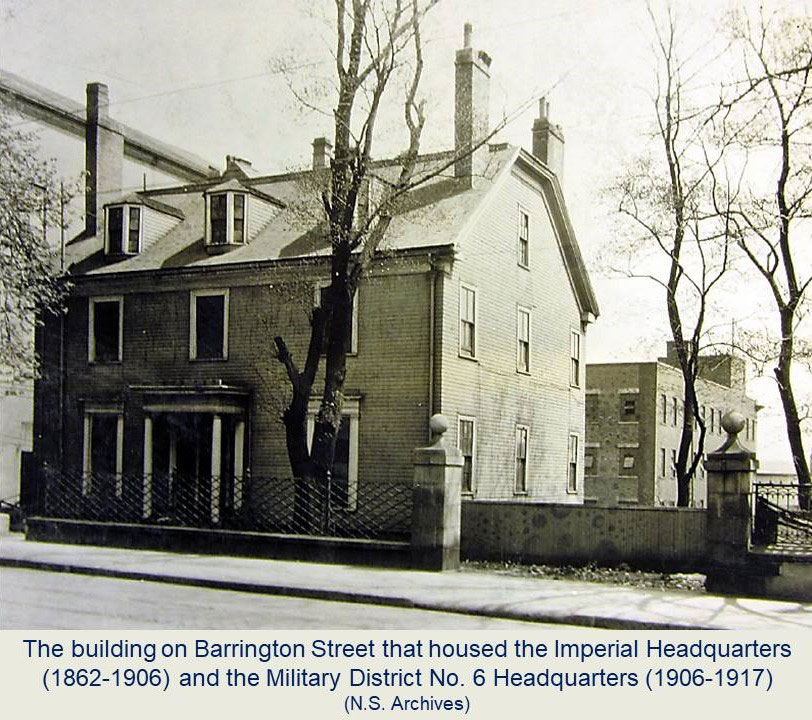 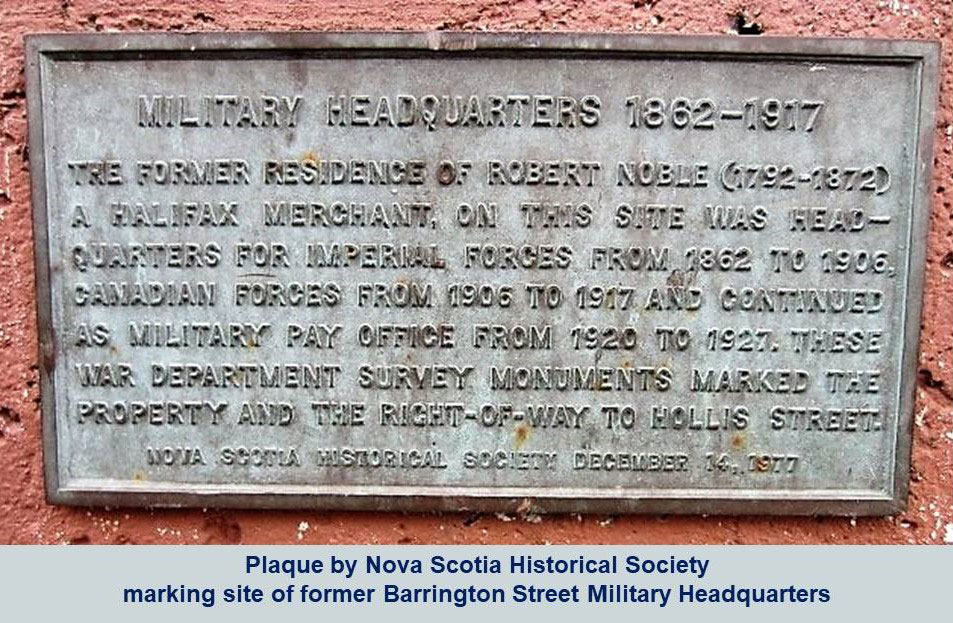 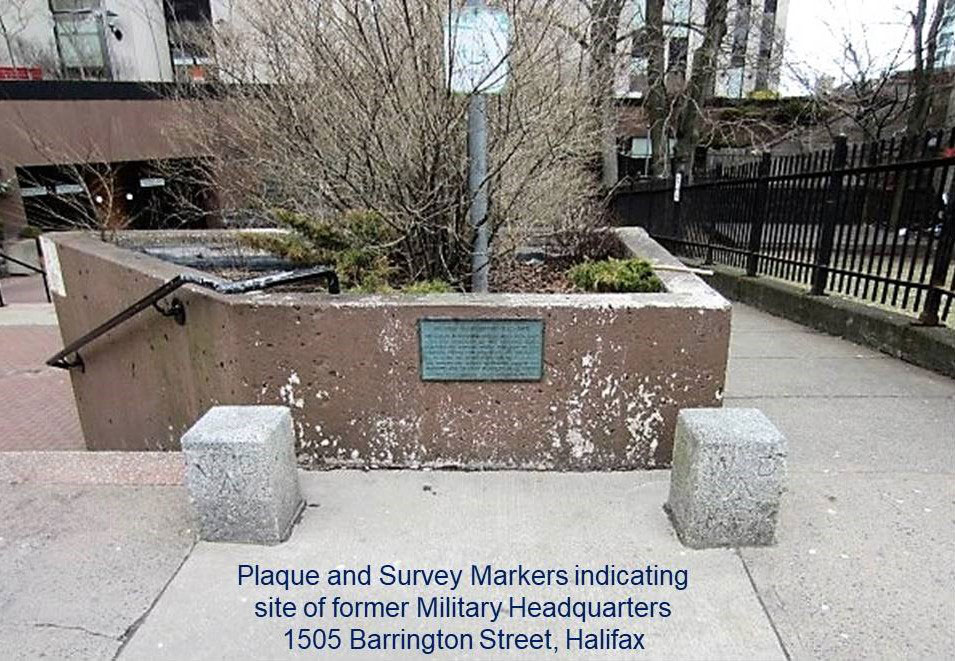 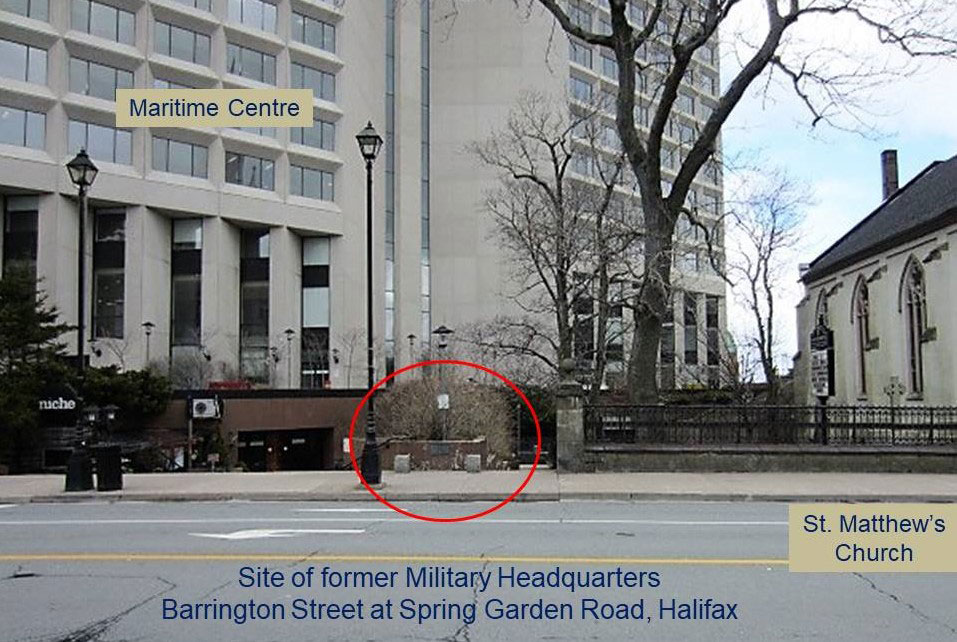 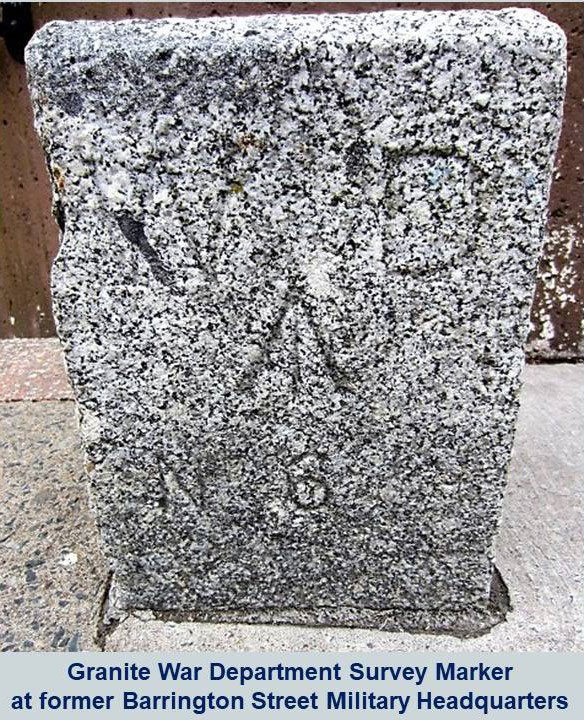 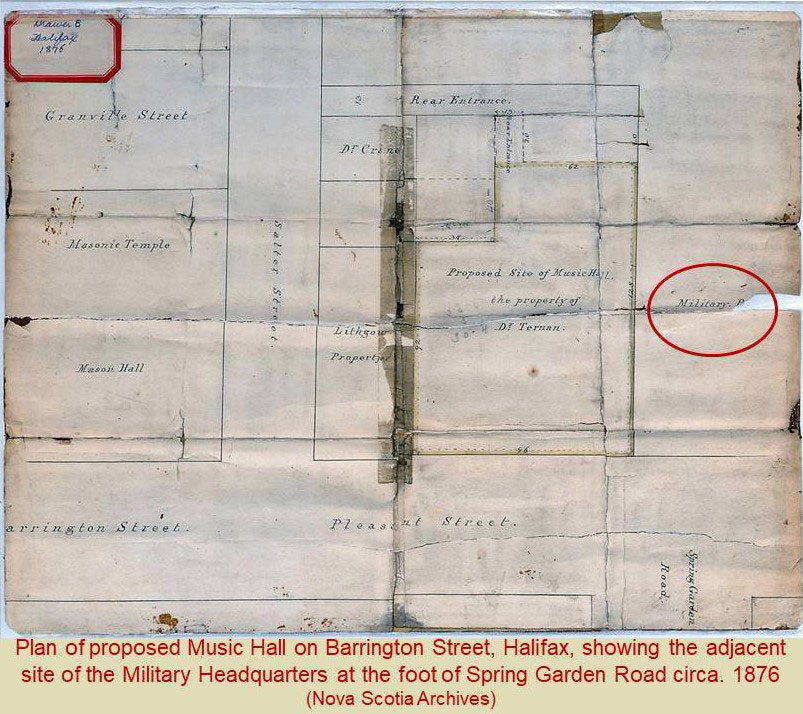 On Barrington Street at the foot of Spring Garden Road, sandwiched between St. Matthew’s Church and the former Academy of Music, stood the Victorian home of Robert Grieve Noble (1792-1872), founder of Robert Noble & Sons, hardware and general merchants. Between 1862 and 1906 the building served as the location of the headquarters for British Imperial Forces. In 1906 when the British Army departed, it became a Canadian headquarters for Military District No. 6, covering the three Maritime Provinces of Nova Scotia, New Brunswick and Prince Edward Island. It continued in that capacity through much of the First World War until 1917, when District No. 6 HQ moved to Royal Artillery Park, to the building currently occupied by 36 Canadian Brigade Group Headquarters. The Barrington Street building was used as a military pay office from 1920 to 1927.

The Maritime Centre was built on the site of the former Military Headquarters in 1974. A bronze plaque mounted on a low cement wall facing Barrington Street marks the entrance to the circular driveway that was in front of the building. Two granite War Department survey markers flanking the plaque indicate the boundary of the property; the stone gatepost to the immediate south was previously part of the entryway and can be seen on the 1928 photograph of the building.