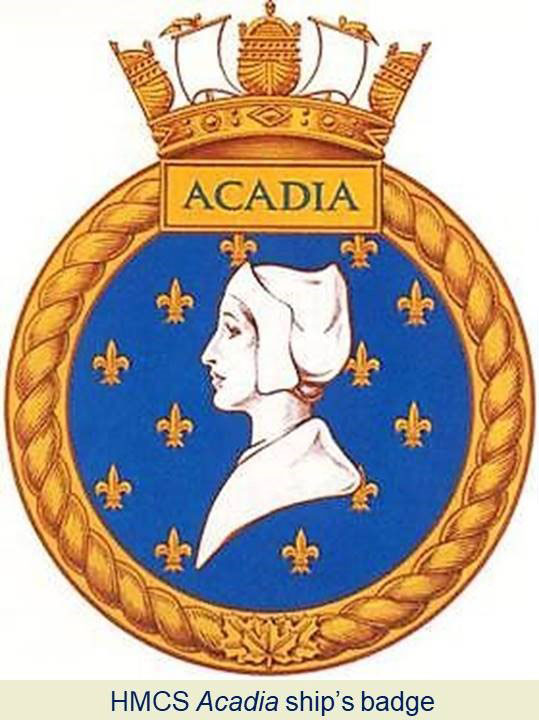 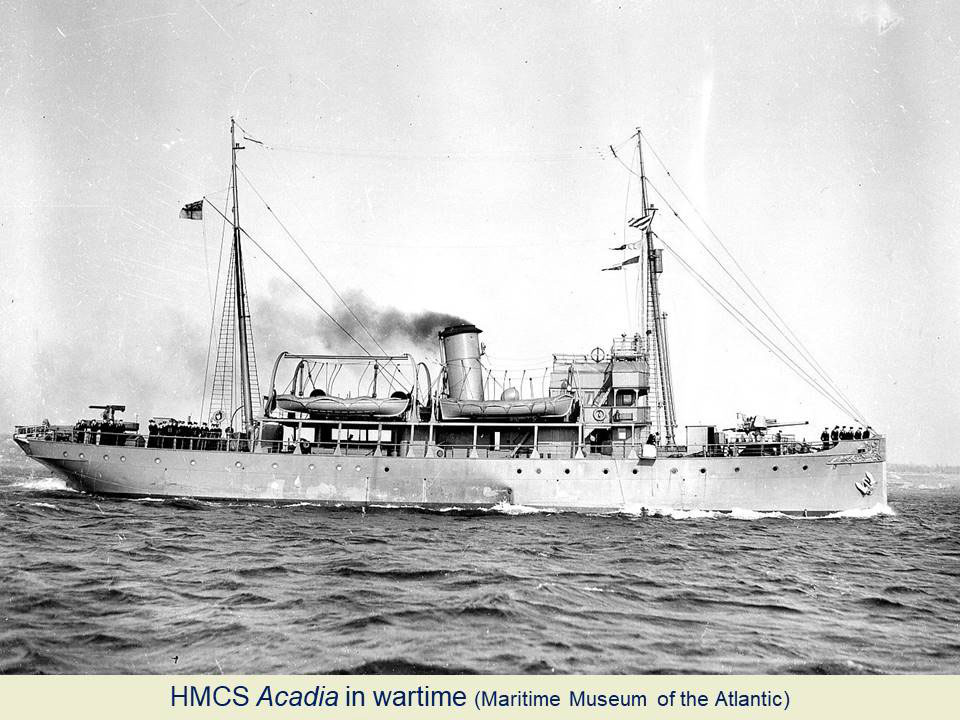 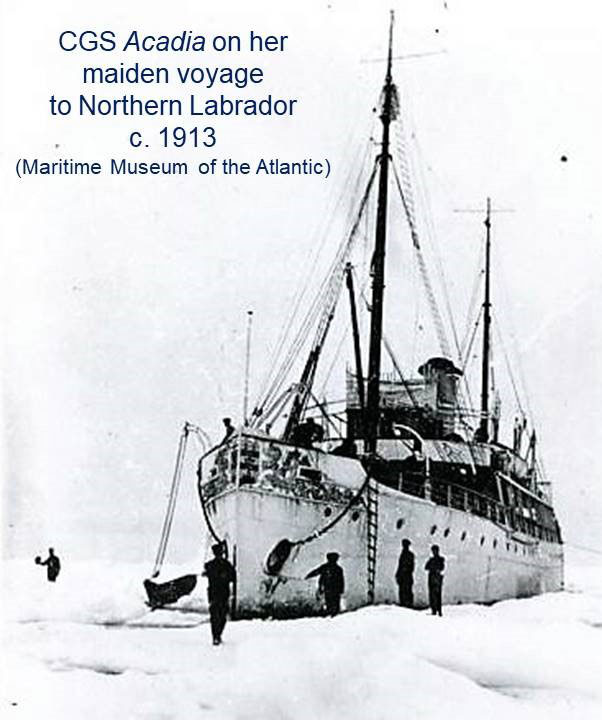 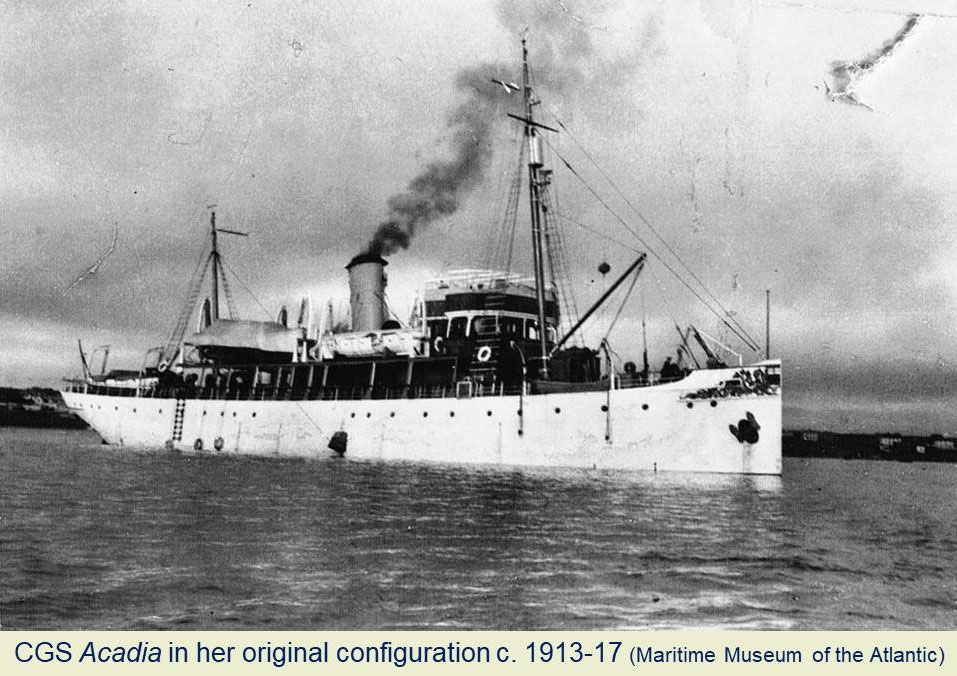 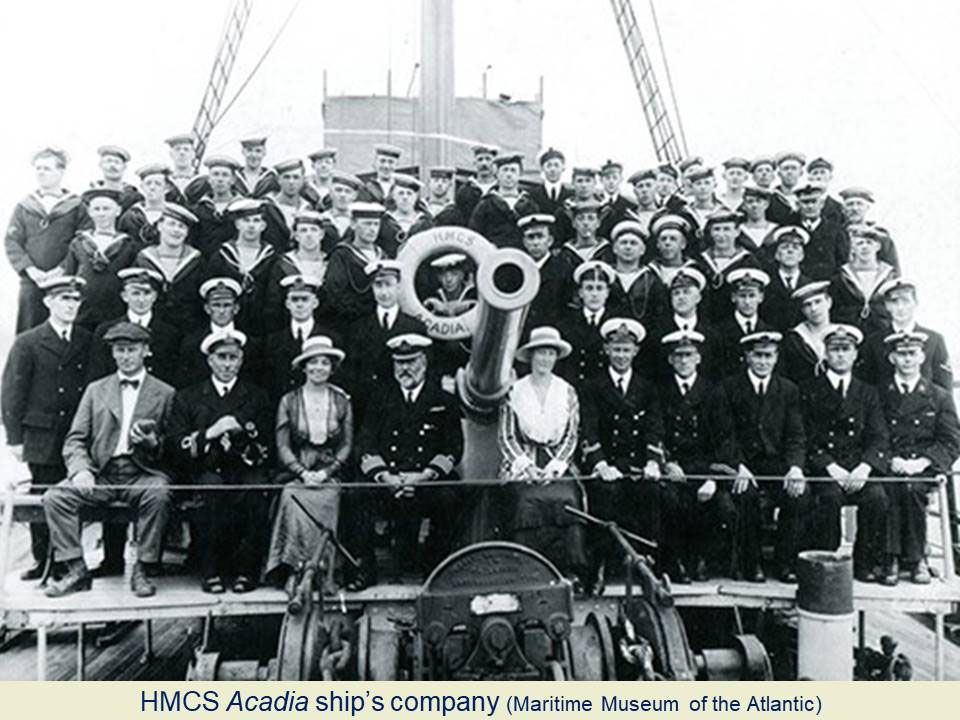 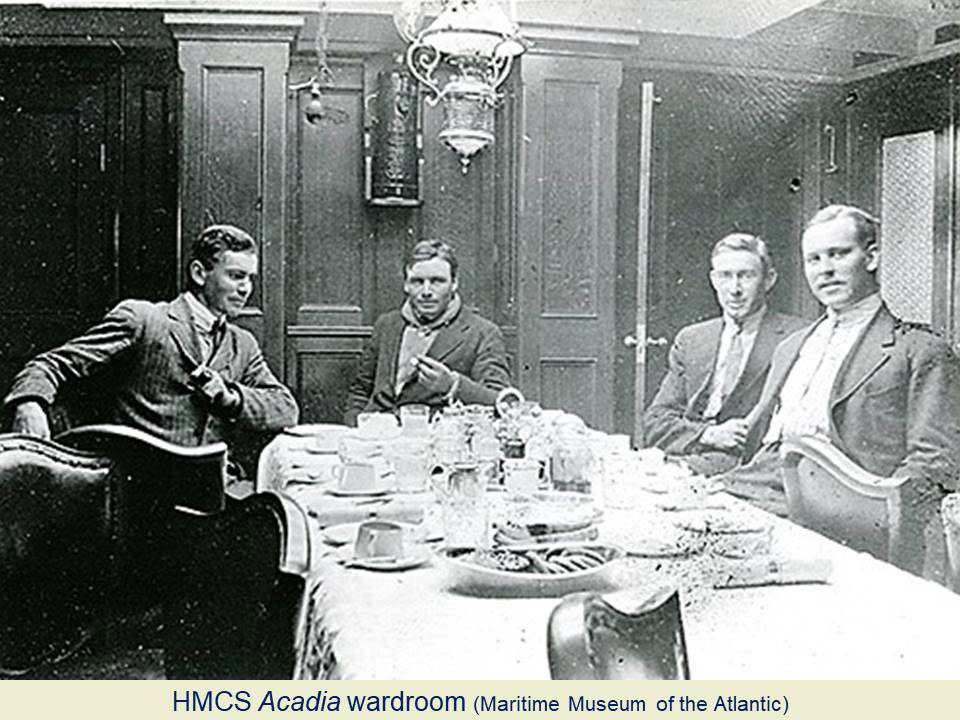 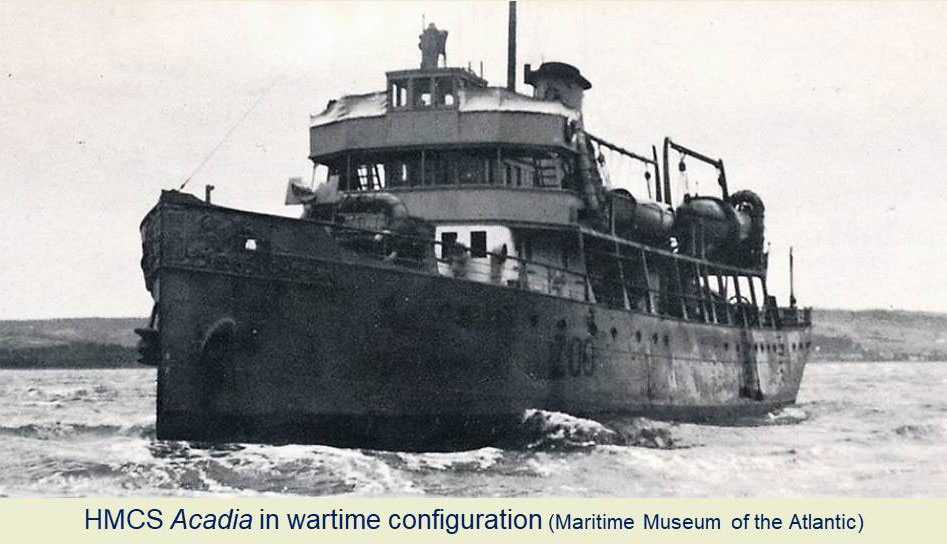 Acadia was designed for the Hydrographic Survey of Canada to survey the waters of Canada‘s Atlantic coast. Built by Swan Hunter & Wigham Richardson at Newcastle-on-Tyne in England, she was launched on 8 May 1913 and initially commissioned as Canadian Government Ship (CGS) Acadia. She was built with thicker hull plating and heavier than normal framing to enable her to work in northern waters. Her crew numbered 60; including 10 hydrographic staff. The ship initially conducted surveys in Hudson‘s Bay, around Sable Island and in the Bay of Fundy before being commissioned by the Royal Canadian Navy in January 1917 during the First World War (1914-1918). As HMCS Acadia, the ship was fitted with a 4-inch gun forward, a 12-pounder aft, and depth charges and assigned to conduct anti-submarine patrols in the Bay of Fundy and Gulf of Saint Lawrence. On 6 December 1917 Acadia was serving as a guard ship at the entrance to Bedford Basin when the Halifax Explosion occurred. Although being just a mile from ground zero, Acadia suffered only minor damage.

In 1919, after the First World War Acadia returned to the Hydrographic Service of Canada, again as CGS Acadia, and continued to conduct hydrographic surveying of Atlantic Canada from Nova Scotia to Hudson‘s Bay through the 1920s and 1930s. At the beginning of the Second World War (1939-1945), the ship was again commissioned as HMCS Acadia for service with the Royal Canadian Navy. Through the war she served mainly as an anti-aircraft and gunnery training ship, as well as conducting some coastal patrols and escorting convoys in Canadian waters.

In 1945 the ship once again returned to the hydrographic survey role as Canadian Survey Ship (CSS) Acadia, operating mainly in Nova Scotia and Newfoundland waters. She finally retired from service on 28 November 1969, initially serving as a museum ship at the Bedford Institute of Oceanography before becoming part of the Maritime Museum of the Atlantic in February 1982. Acadia was made a National Historic Site in 1976. Every year on 6 December she hoists the same signal flags she displayed that day in 1917 to commemorate the anniversary of the explosion; she is today, over a century later, the only remaining ship that was present in Halifax Harbour on that fateful day, and holds a proud record of naval service in both World Wars.