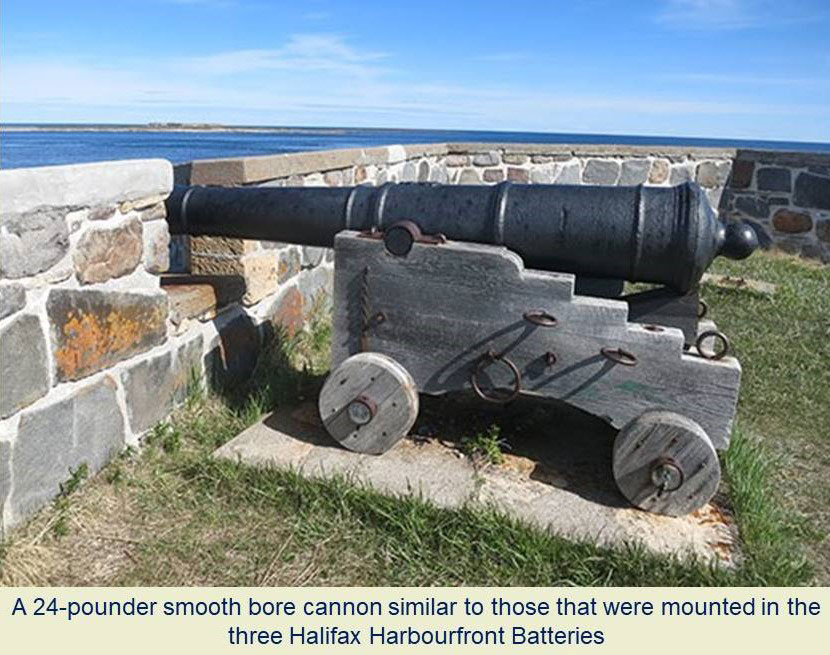 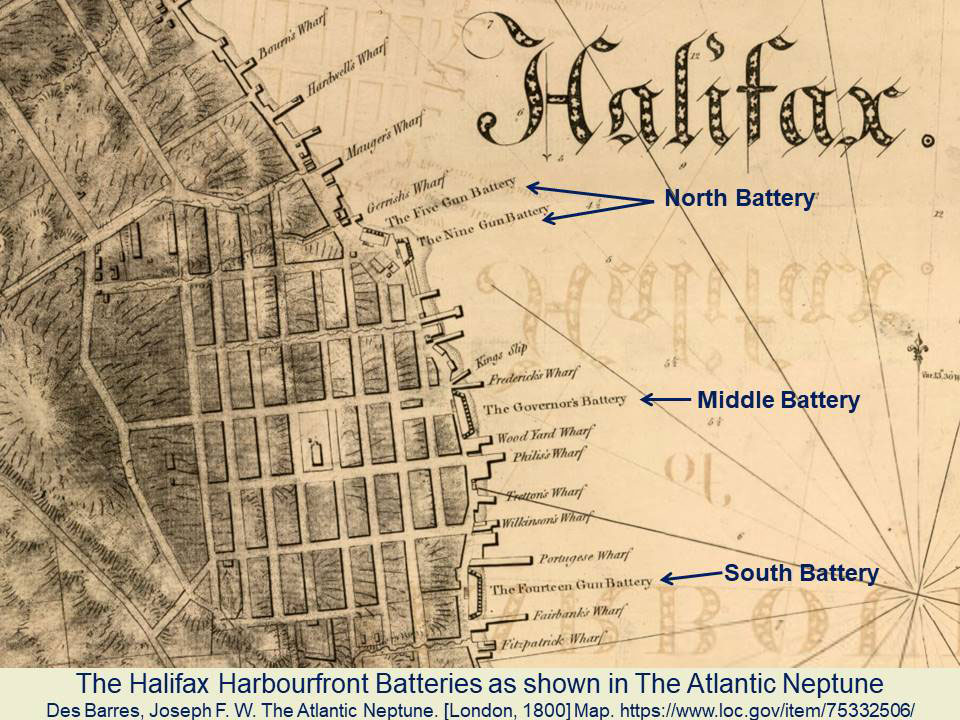 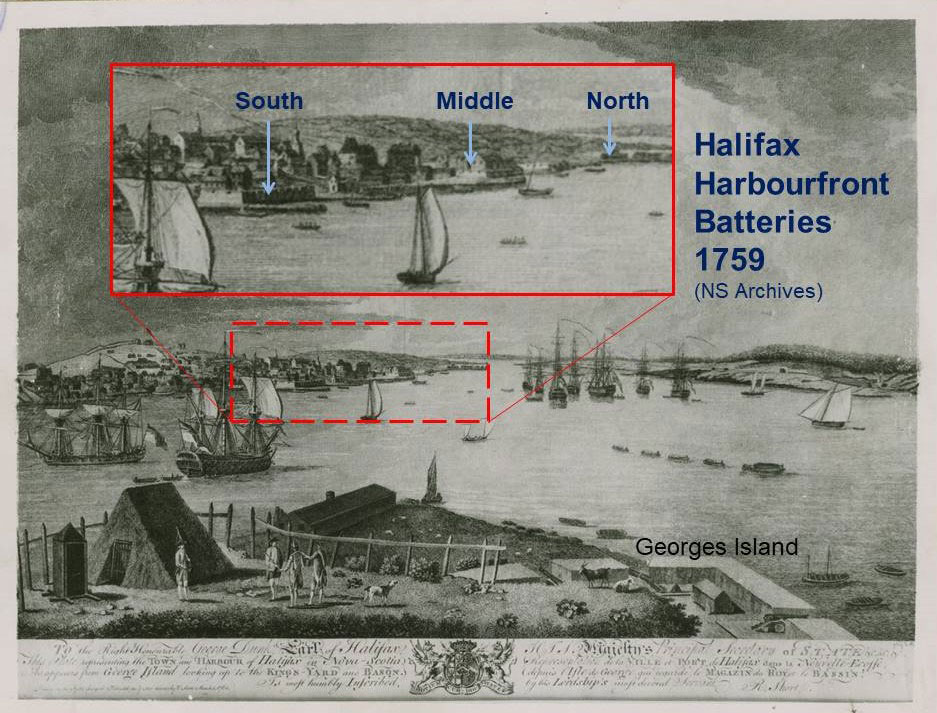 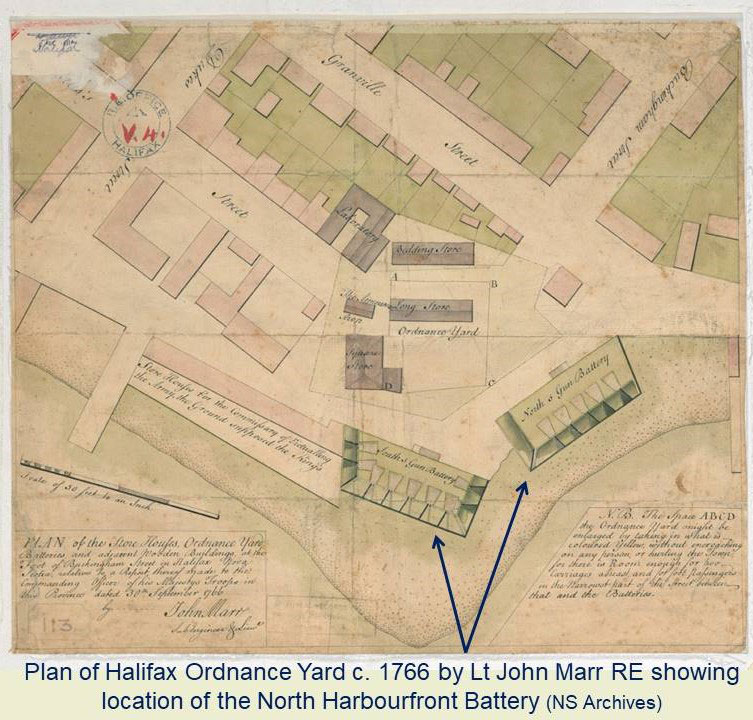 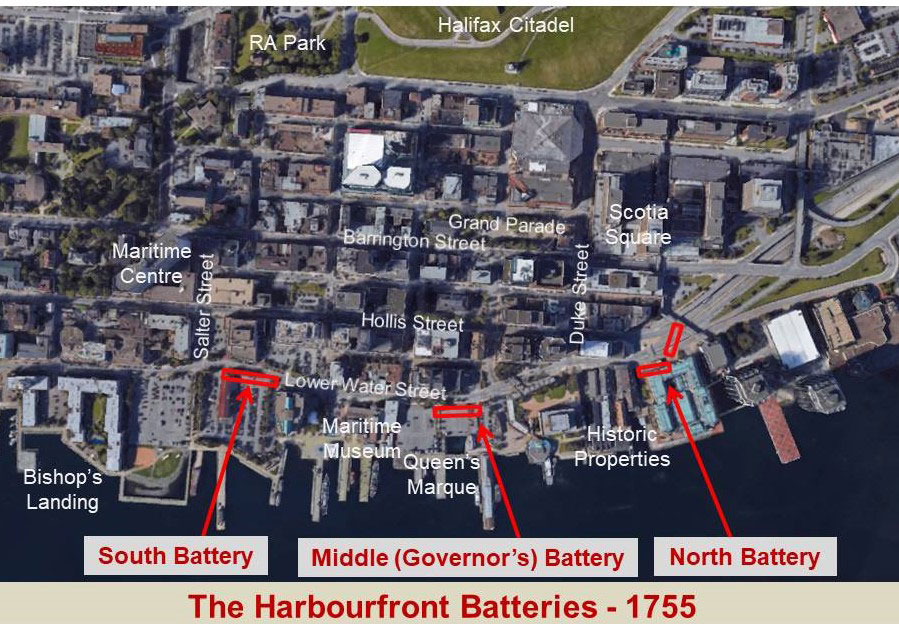 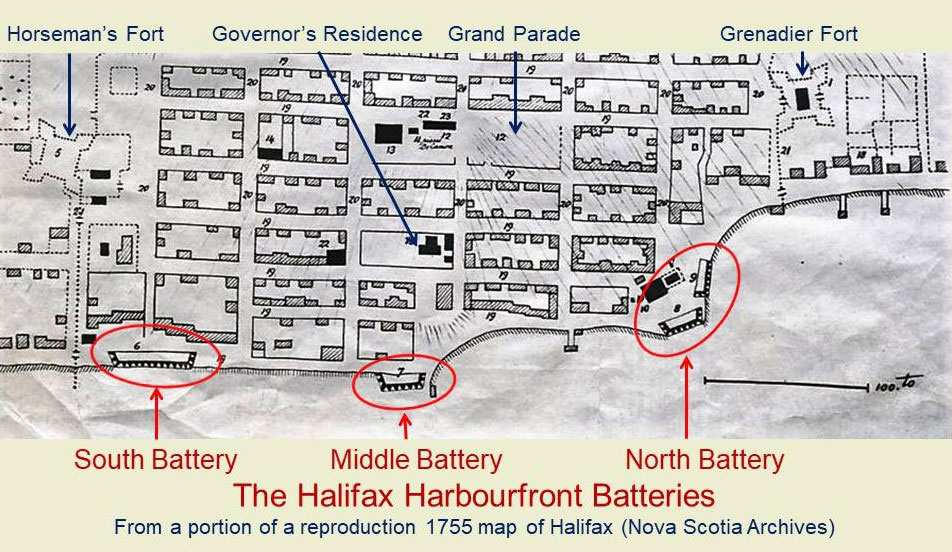 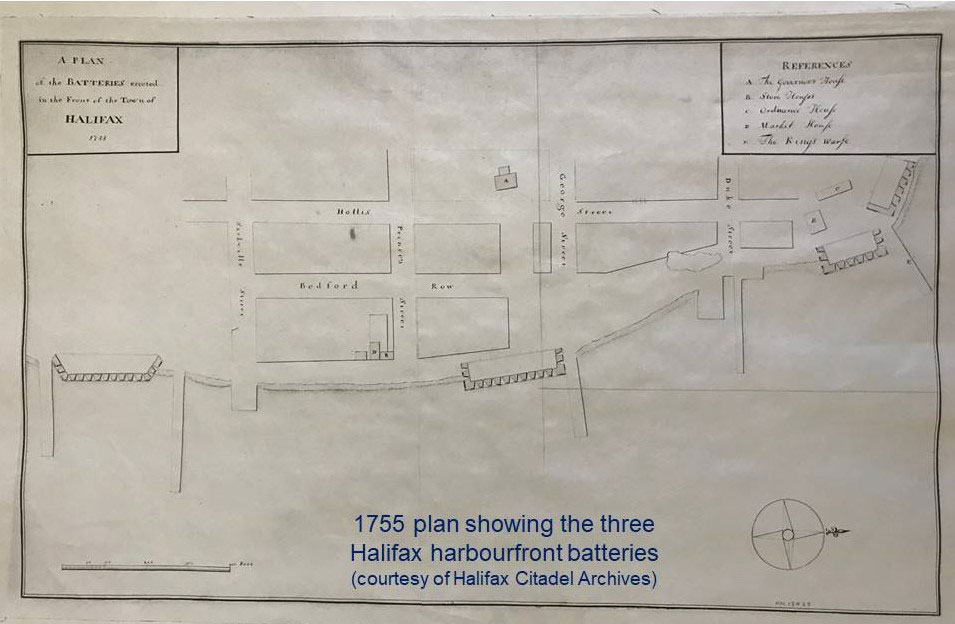 The Seven Years War, fought between Britain and France and their respective allies, took place between 1756 and 1763 on a global scale. Leading up to that conflict however was a period of hostilities in North America beginning in 1754, as Britain and France vied for supremacy in the New World.

Halifax, founded in 1749, had begun to be used extensively by Britain’s Royal Navy as a base of operations. This increased strategic importance necessitated measures to defend the settlement and anchorage from attack by the French. Therefore, in 1755 three gun batteries were constructed along the Halifax shoreline, adjacent to Lower Water Street. They were designed as elongated blunted redans standing 12 feet above the high-water mark, with parapets 7 feet high and 15 feet thick. 24-pounder smooth bore cannons were positioned on wooden platforms and fired through openings or embrasures built of logs and squared timbers.

The North Battery actually consisted to two small complementary batteries of five and nine guns respectively, which were located on a small projection of land at the foot of the former Buckingham Street. The site today is where the front of the Marriott Harbourfront Hotel stands, and where earlier the Ordnance Yard was located. The northern part (the “Five-Gun Battery”) faced northeast, while the southern part (the “Nine-Gun Battery”) faced east – both measured 130 feet along the front face.

The Middle Battery stood near the foot of George Street, where the Queen’s Marque is now located. It was also knows as the Governor’s Battery, because of its close proximity to the Governor’s residence, now the location of Province House at George and Hollis Streets. It had a 230-foot face with ten guns, and a 60-foot flank at each end with two guns on the south flank and three on the north flank to enfilade the shore.

The South Battery, also called the Fourteen-Gun Battery, was built between Salter and Sackville Streets near the site of today’s Waterfront Warehouse restaurant. It was about 280 feet long with two 65-foot flanks, and mounted 10 guns along its front, with two on each flank.

The three batteries together mounted forty-three 24-pounder smooth bore cannons, and were intended to support the guns already located on Georges Island to defend the town from a French attack by sea. They fell into disuse after the Seven Years War ended in 1763, and by the 1780s were in ruins. They were dismantled soon afterwards.