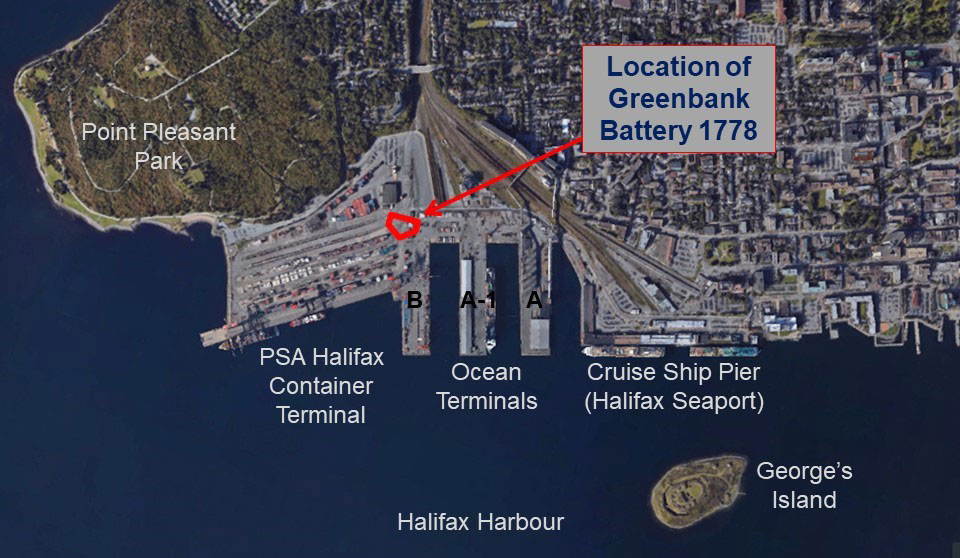 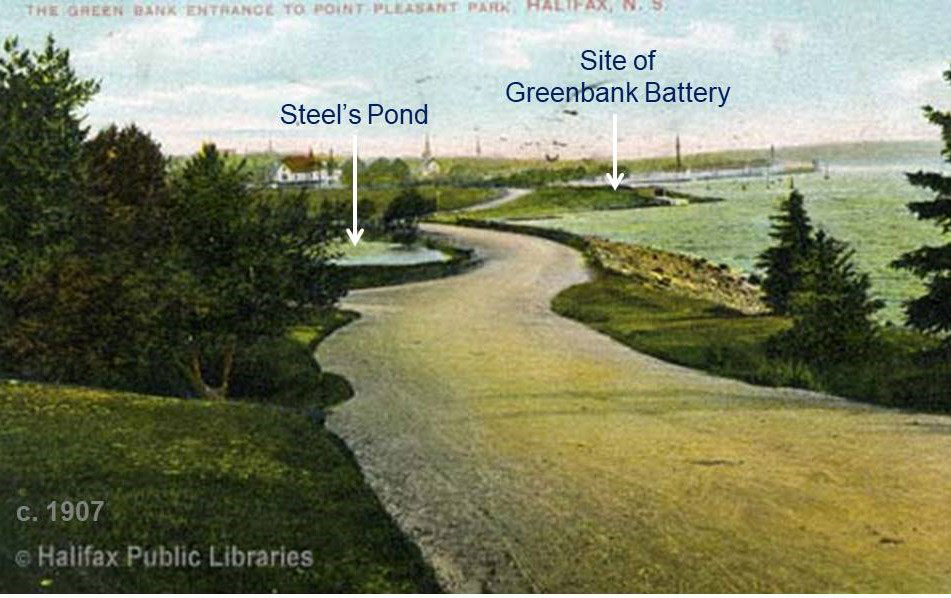 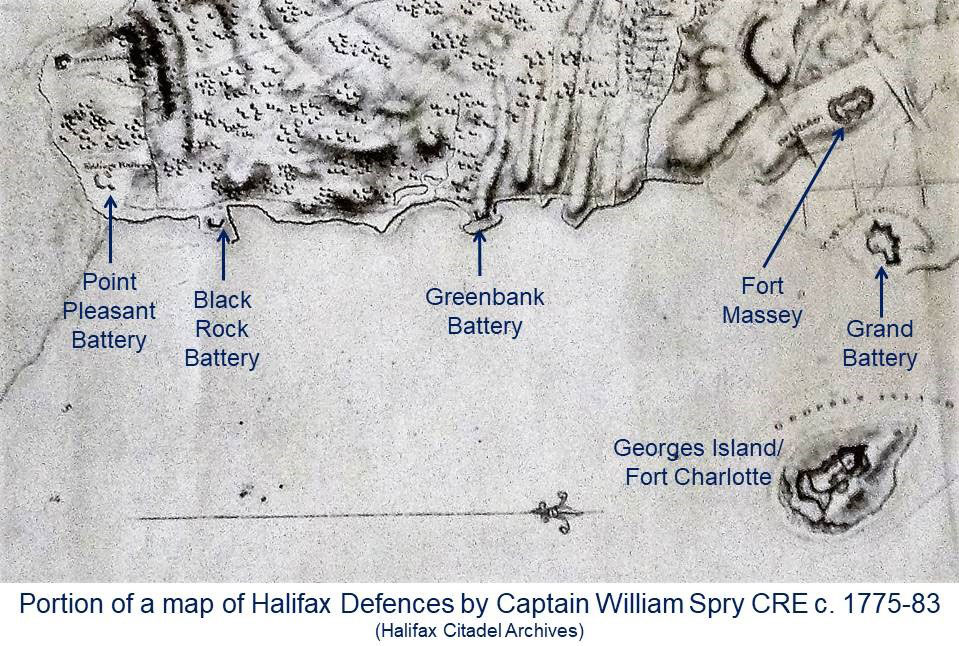 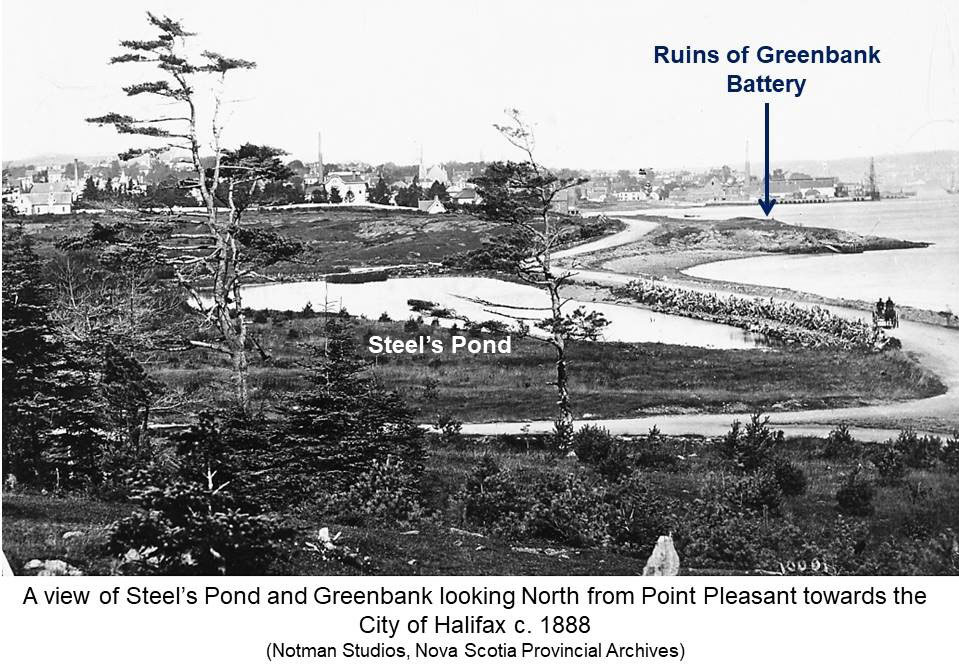 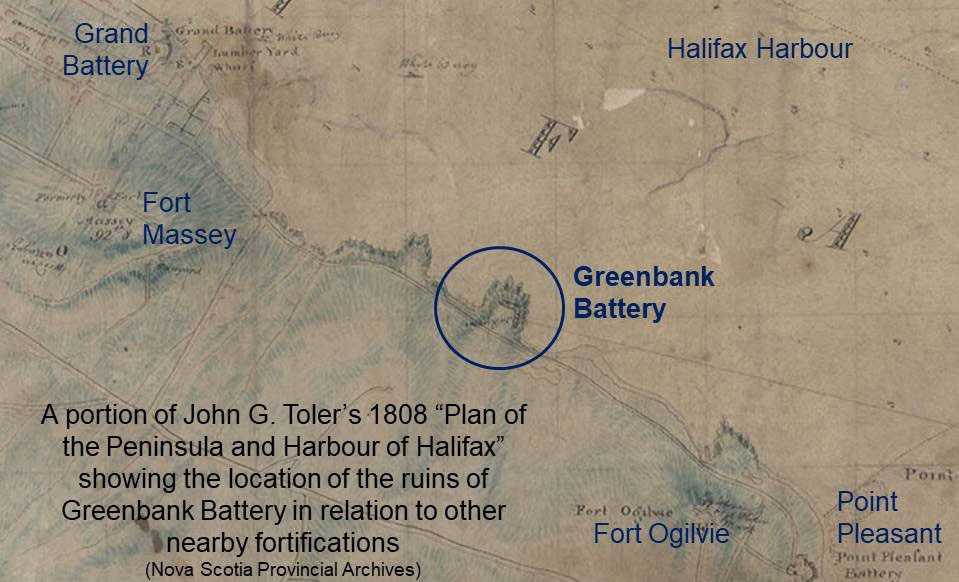 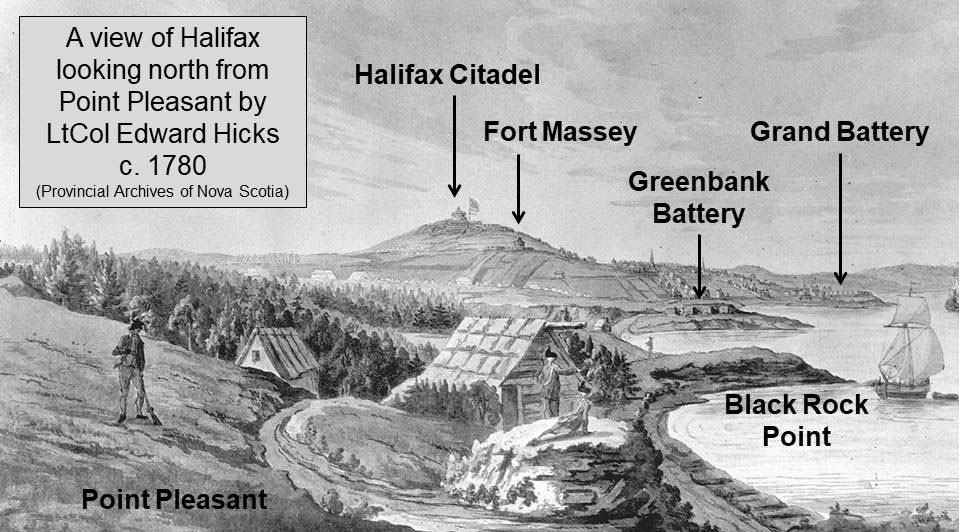 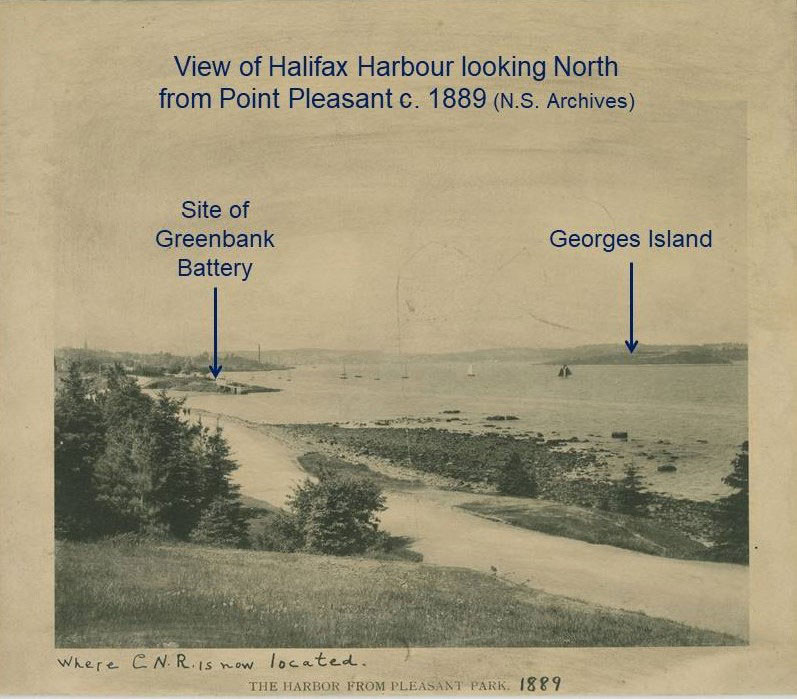 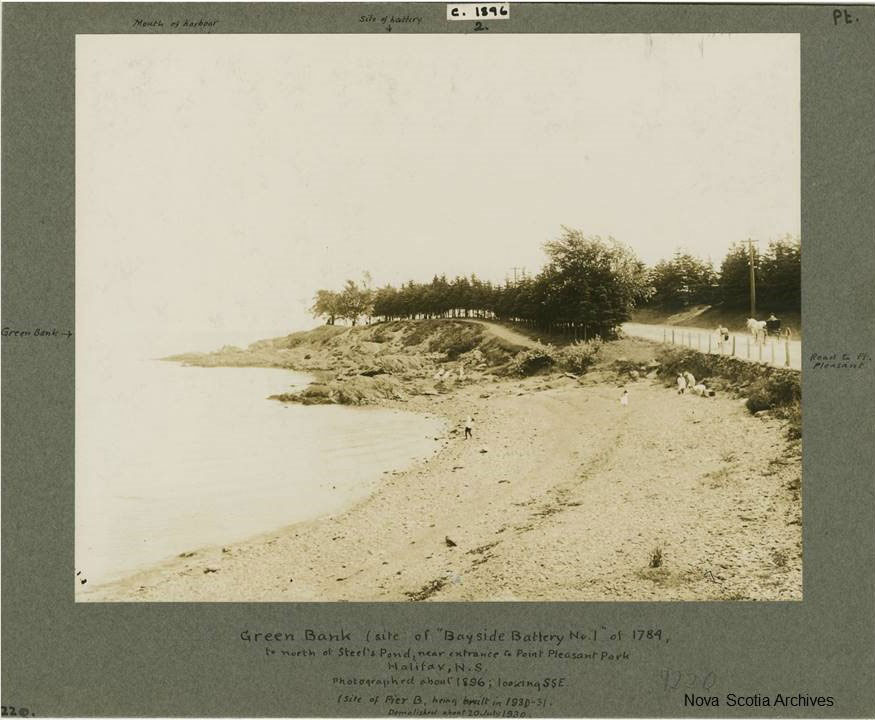 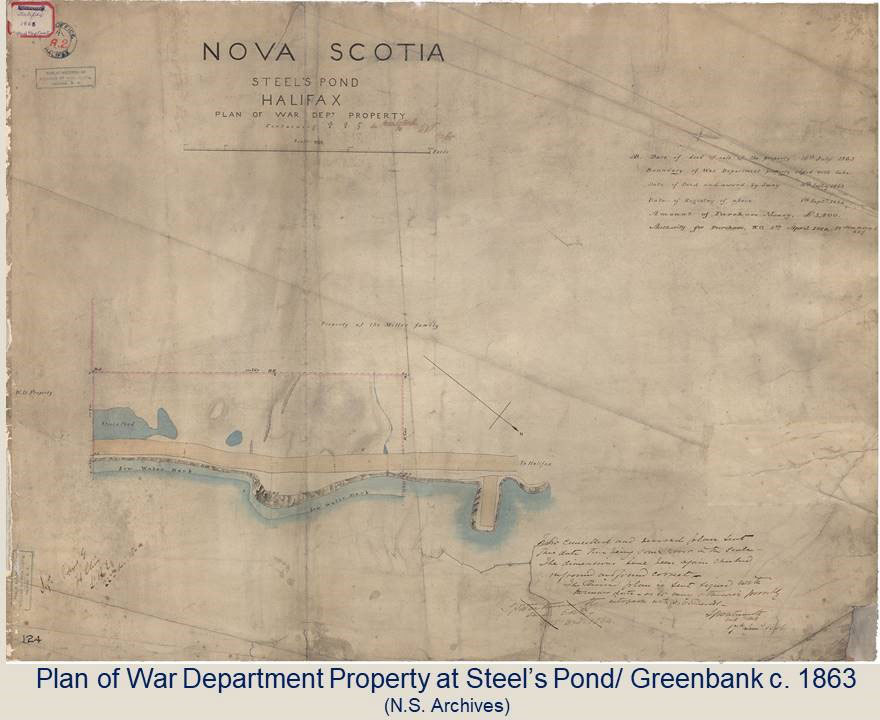 Erected in August 1778 during the American Revolutionary War (1775-1783), Greenbank Battery was built on a slight projection of the Halifax shore north of Steel’s Pond; the low-lying area along the shoreline in that area being known as the Greenbank. A small earthen, redan-shaped work with embrasures, fronting east, it was initially named Bayside Battery No. 1 (Bayside Battery No. 2 being built at the same time at Black Rock Point closer to Point Pleasant). Intended to defend the seaward approach to the channel west of Georges Island, it mounted two 12-pounder cannon on its left face and three 6-pounders on the right. Cover and support for Greenbank Battery was provided by Fort Massey, which had been built two years previously on a hilltop 800 yards to the northwest (at the corner of today’s South and Queen Streets). After 1783, following the end of the American Revolutionary War the battery was allowed to fall into disrepair.

The ruins of Greenbank Battery were finally demolished in 1930 when Piers 36 to 40 were built. Its remains could still be distinguished at that time, although it had been in ruins since the early 1800s. Its location was approximately at the base of today’s Ocean Terminals Pier A-1, with the port and rail facilities today occupying all of the former Greenbank area.