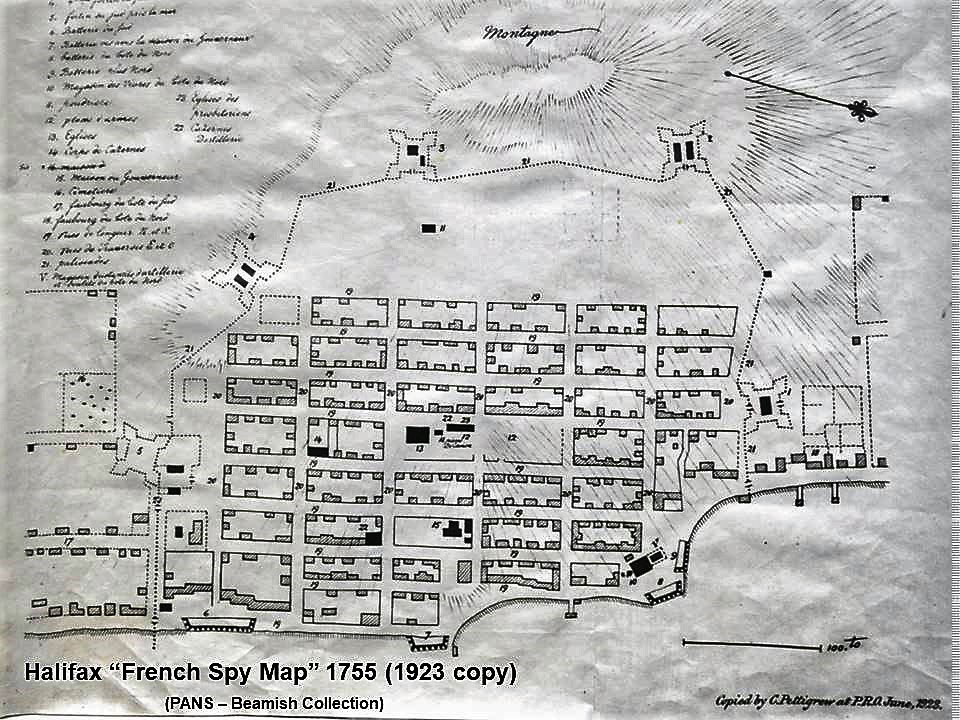 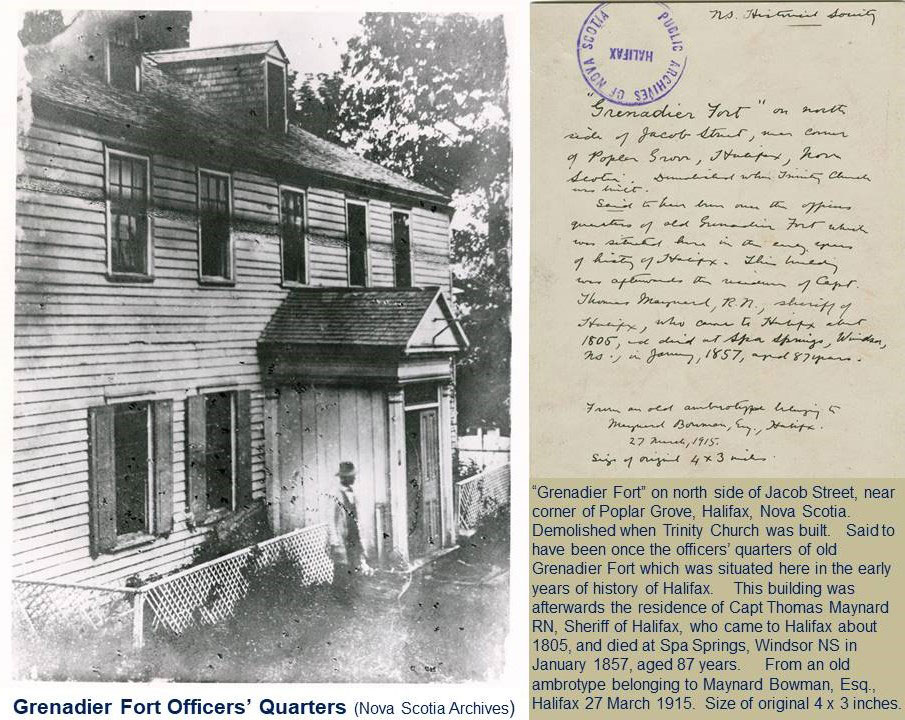 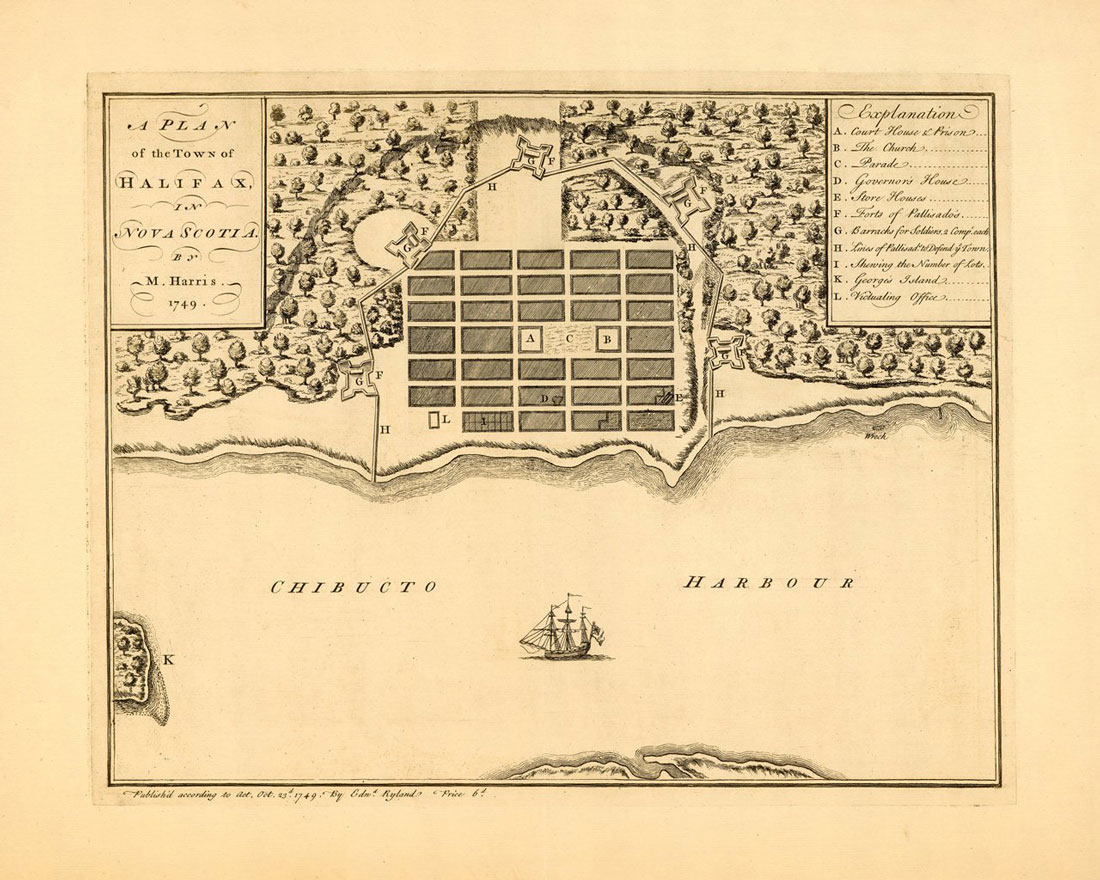 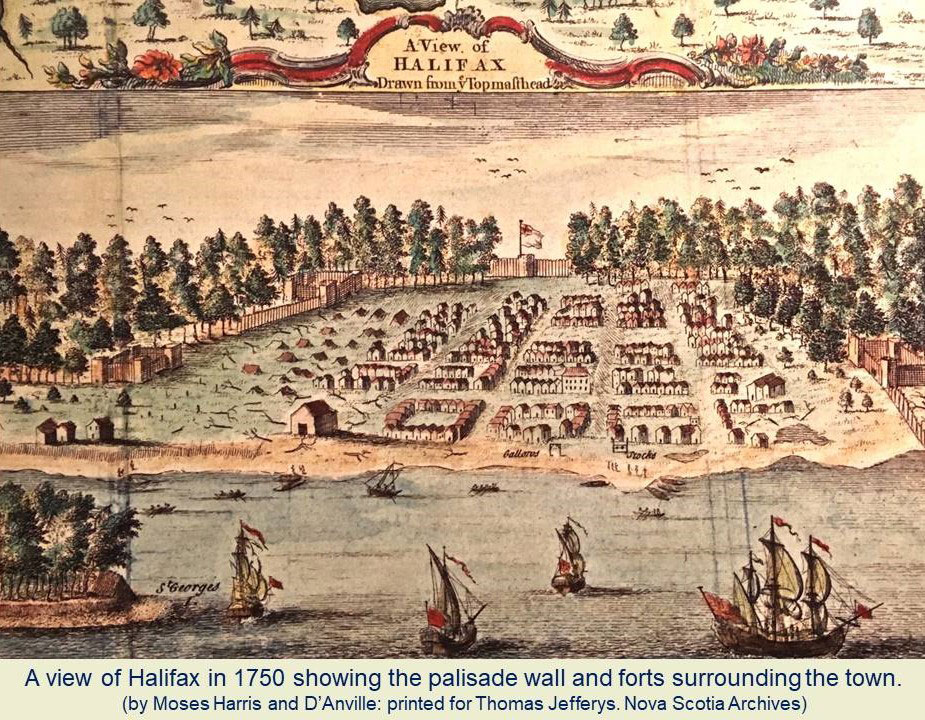 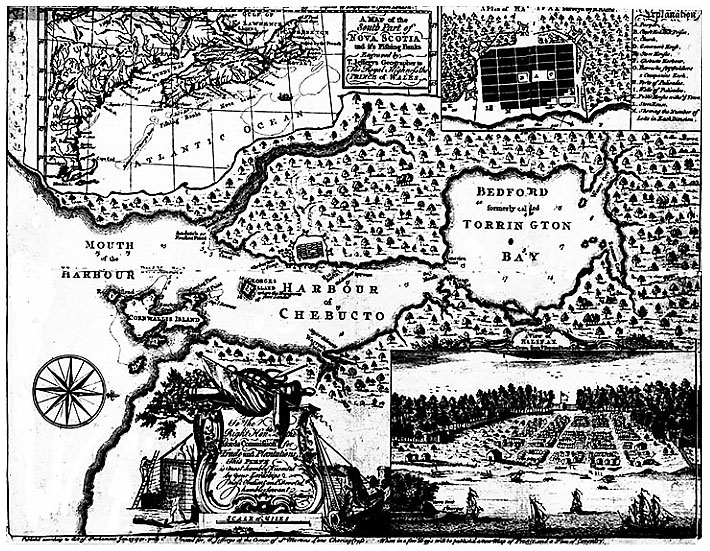 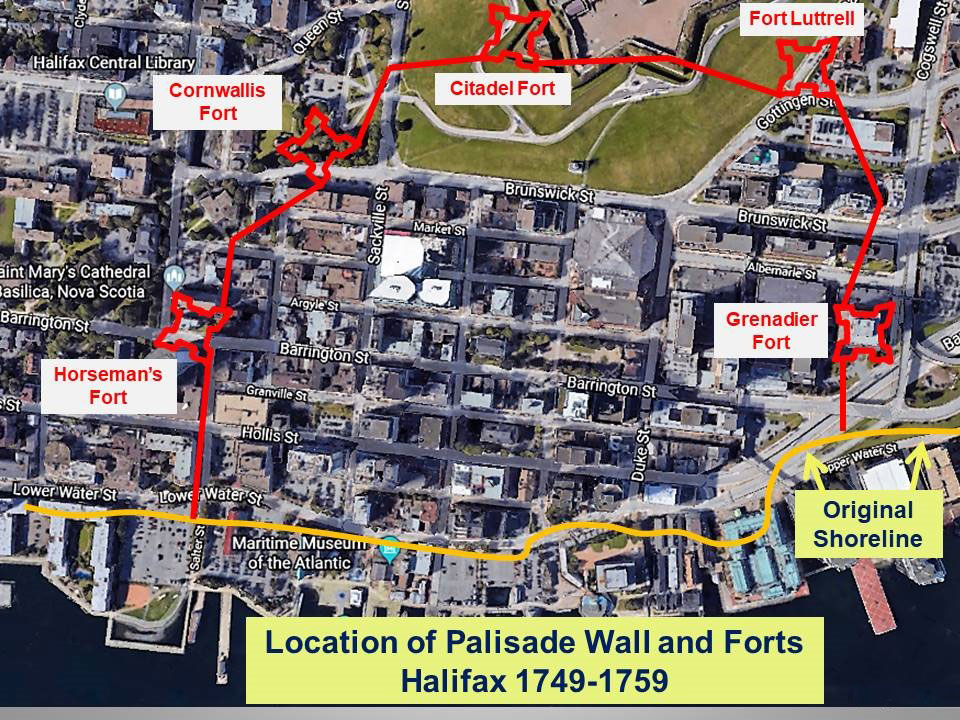 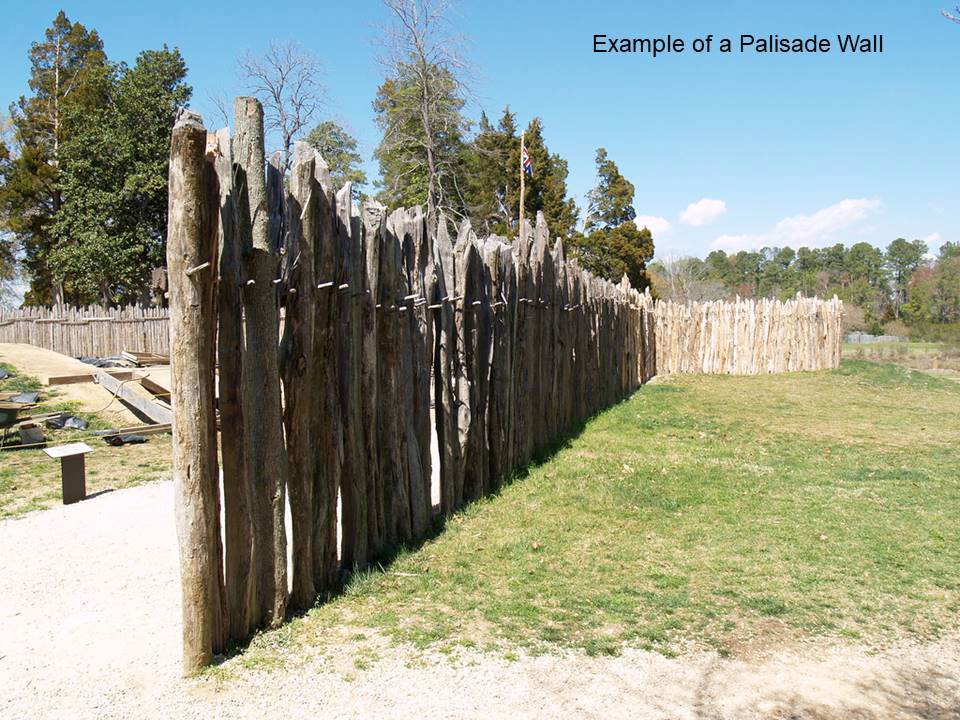 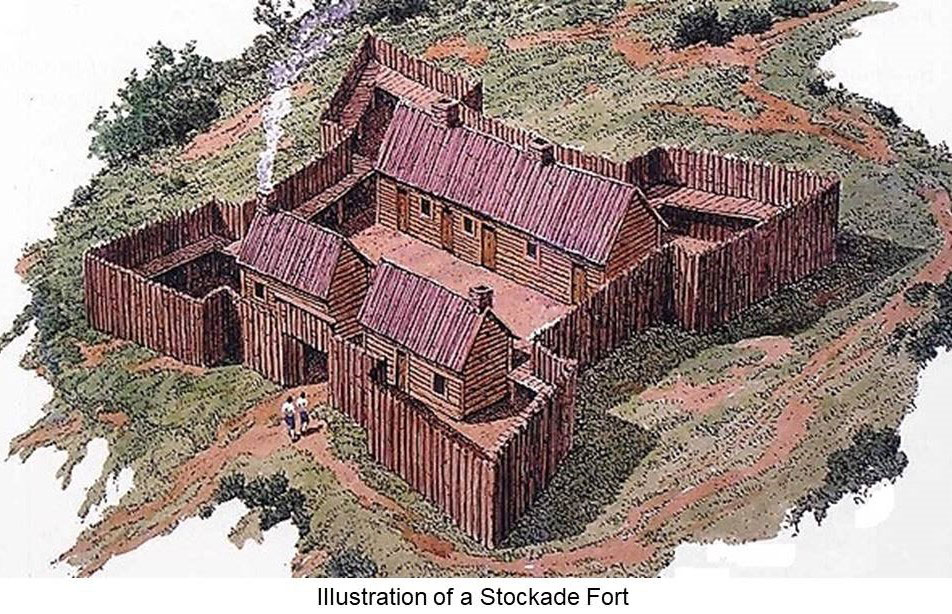 Britain settled Halifax in 1749 to counter the French stronghold at Louisburg, on today’s Cape Breton Island. This brought Britain into more direct confrontation with local Mi’kmaq forces who, allied with France, continued to resist the British presence in Nova Scotia. British settlements at Annapolis Royal and Canso had been subject to repeated attacks and sieges over the previous half-century and there was strong opposition to British expansion in the region.

On his arrival in 1749, Governor Edward Cornwallis’ first concern was to secure the settlement from attacks from local native forces. His initial plan was for five stockade forts connected by wooden palisades forming a defensive ring around the town. The walls were made of round wooden timbers about 10 feet long and 6 inches diameter sunk into the ground to form a fence-type structure. By Sep 1749 the first fort near the top of Citadel Hill was completed, with another added the next month, along with a rough barricade of felled trees surrounding the settlement. By July the following year the felled tree barricade had been replaced by the palisade wall and remaining forts.

The palisade wall ran from the water’s edge, up Salter Street to Horseman’s Fort at Barrington Street near the present Maritime Centre. Horseman’s Fort was named for Lieutenant Colonel John Horseman of one of the British regiments relocated to Halifax from Louisburg, and served as South Gate to the town. The wall then ran to a salient just east of the old Memorial Library on Grafton Street and then across to join Cornwallis’ Fort, on the grounds of present day Royal Artillery Park. It next ran uphill to meet the Citadel Fort, roughly where the southern ravelin of the current Citadel is located. From there it ran across the eastern side of the current Citadel to Fort Luttrell (named after Major Hungerford Luttrell of the 45th Regiment), where Rainnie Drive now meets Gottingen Street. Lastly it followed downhill to Grenadier Fort at the junction of the former Jacob Street and Poplar Grove, now where the Cogswell Tower stands, which served as the town’s North Gate. The remaining palisade wall ran from there down to the waterfront at the foot of Jacob Street, near the present Marriott Harbourfront Hotel.

The five small forts each consisted of a double row of palisades, with a square centre and a bastion at each corner to provide covering fire along the face of the forts and walls. Designed to withstand attacks from native forces armed with hand weapons, they would have measured about 200 x 200 feet overall, with musket loopholes in the walls and a barracks within for two companies of soldiers (100 men). Trees and bushes were cleared for 30 feet outside the walls to offer a field of fire.

Around the mid-1750s the line of palisades surrounding the town was removed. By then the threat of Indigenous attack had significantly diminished, as the British capture of Fortress Louisburg had negated French support for native resistance to the British in the region. The forts too would have fallen into disuse around this time.

Due to their basic timber construction, subsequent neglect, and the development of downtown Halifax over the years, these early fortifications did not last long. Some of the buildings that were initially within the forts survived into the early 20th century, such as the Grenadier Fort officers’ quarters and the original Cornwallis Fort Barracks. Today nothing remains of Halifax’s earliest defences.