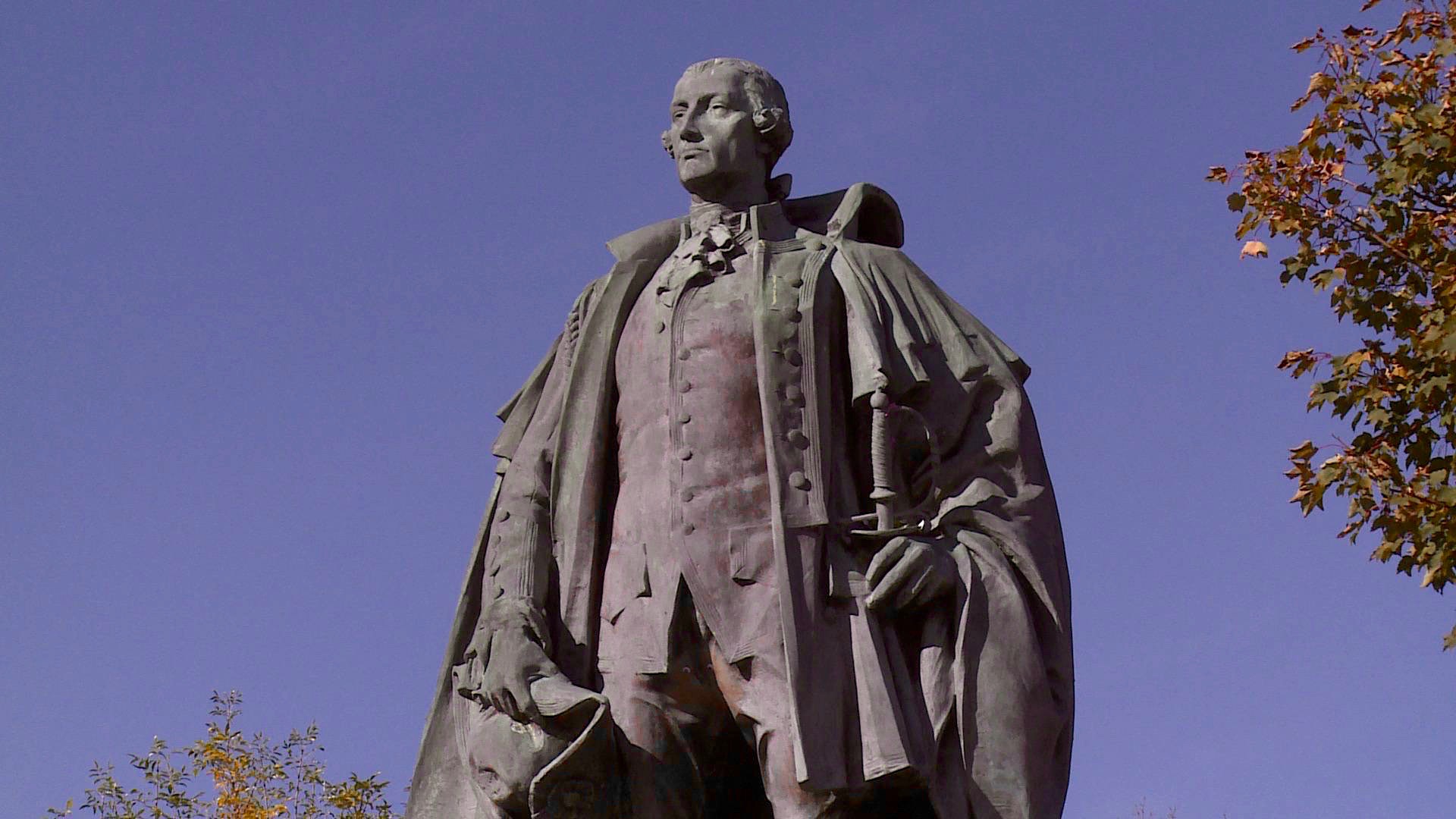 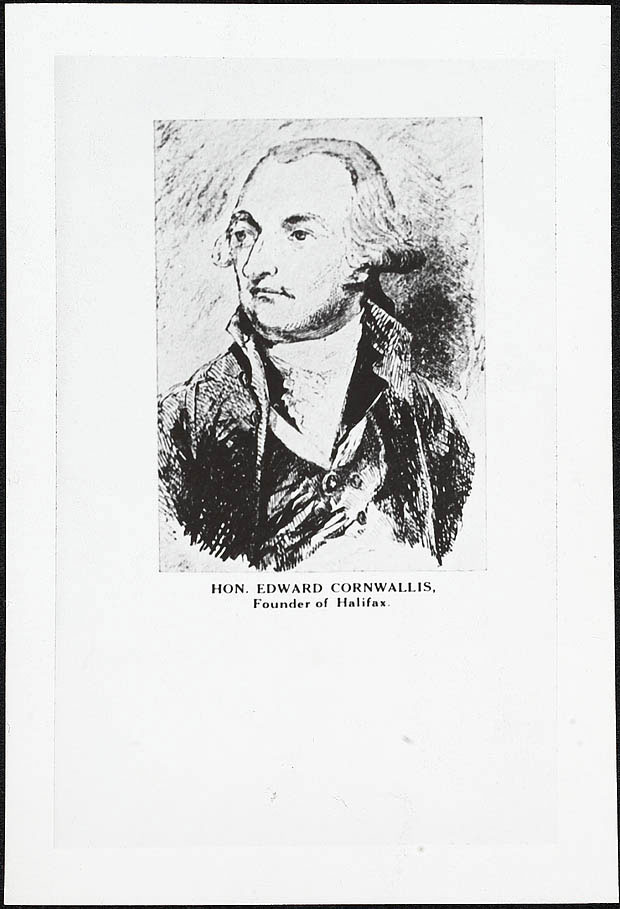 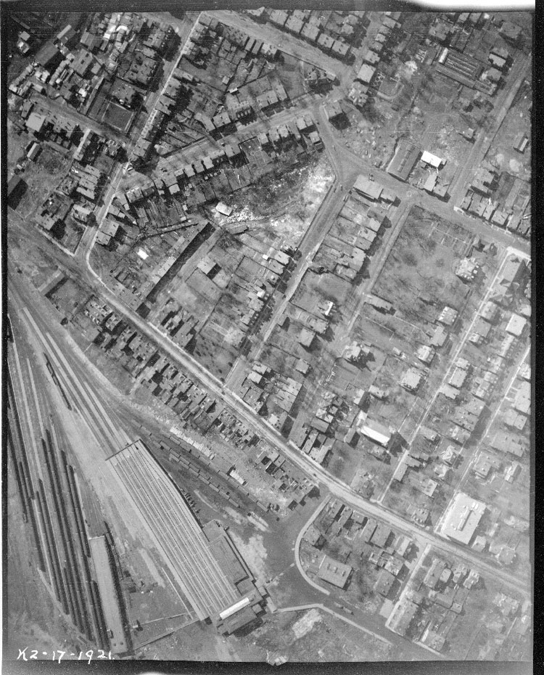 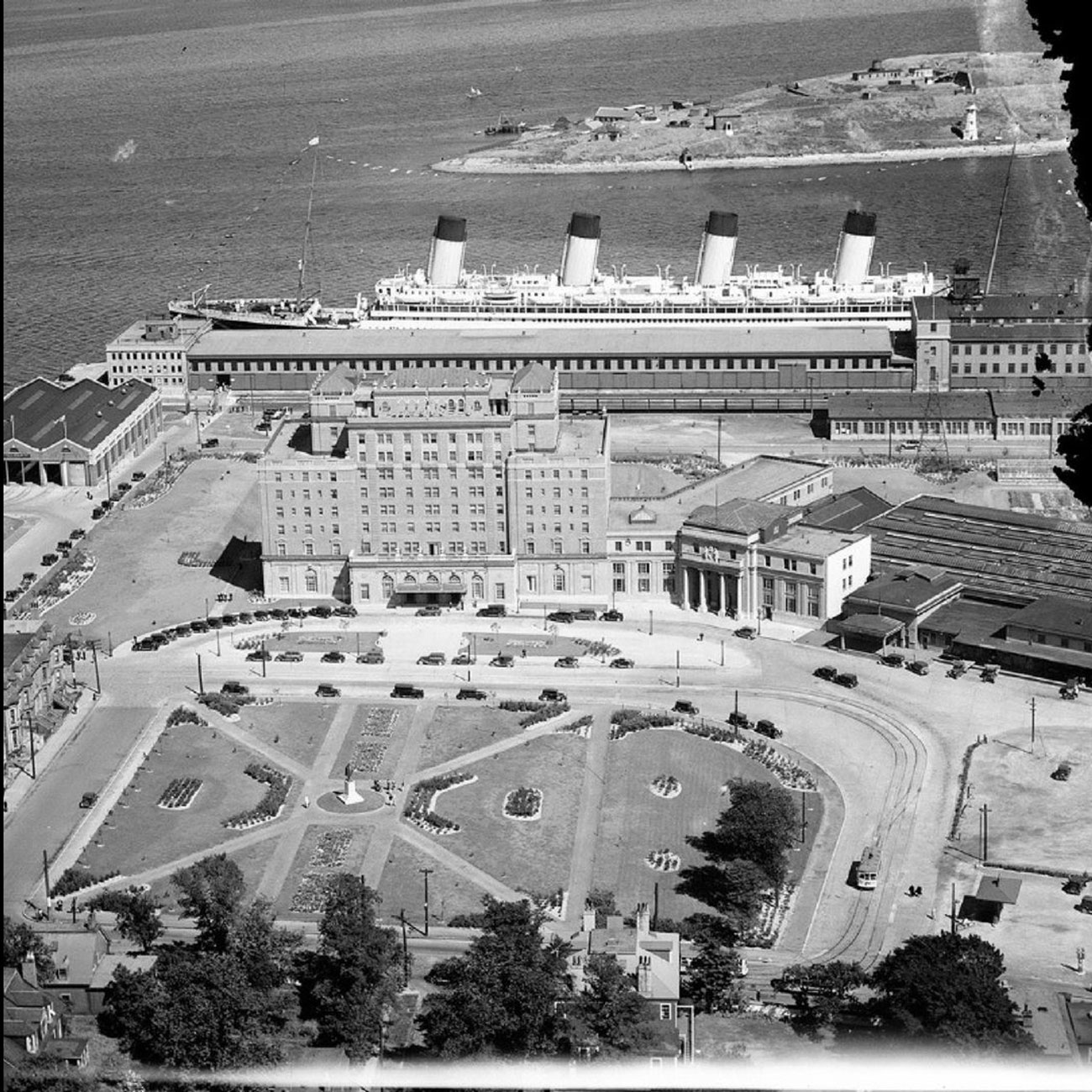 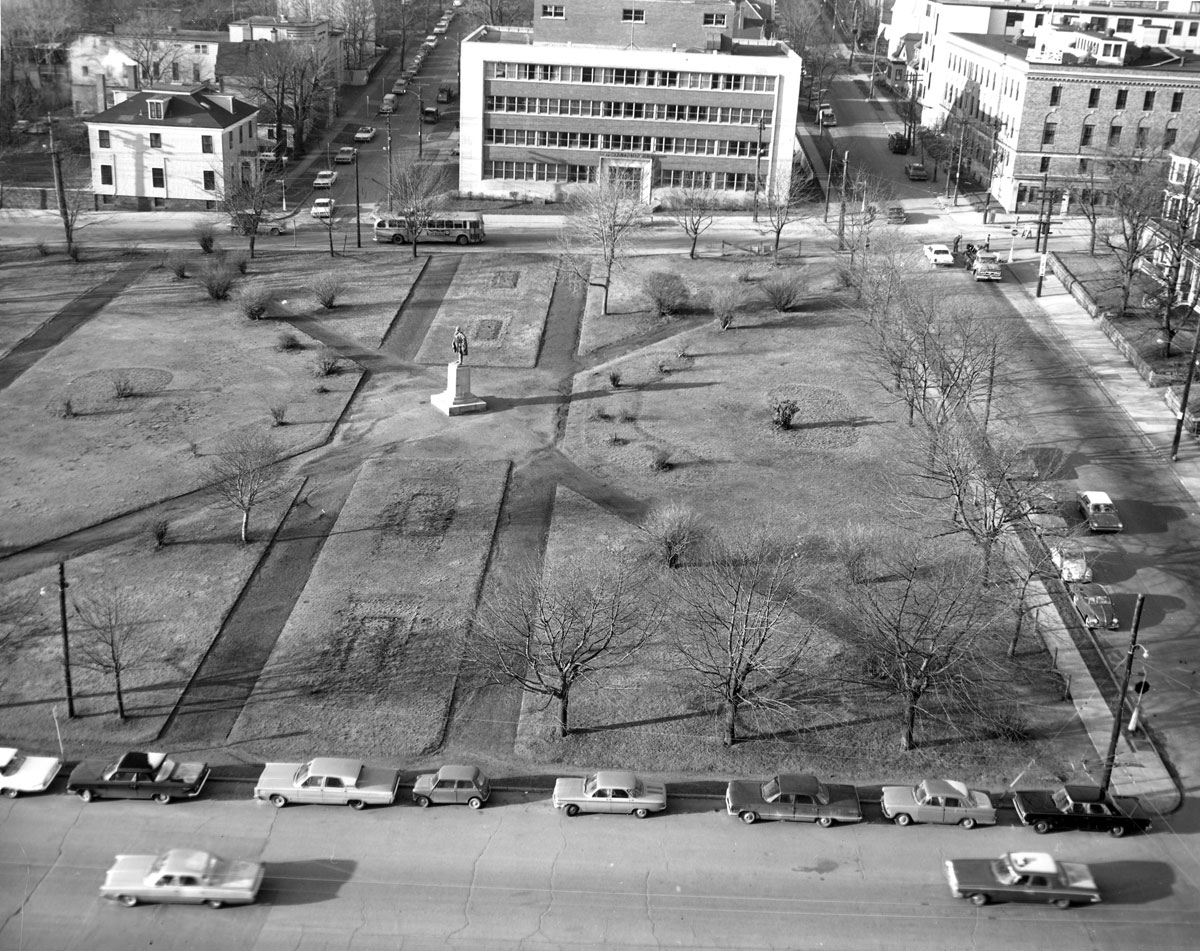 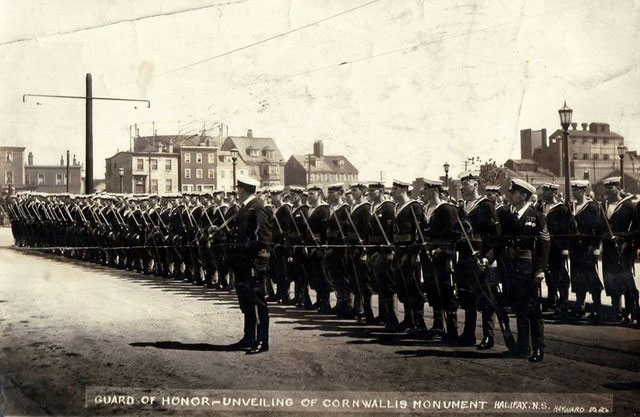 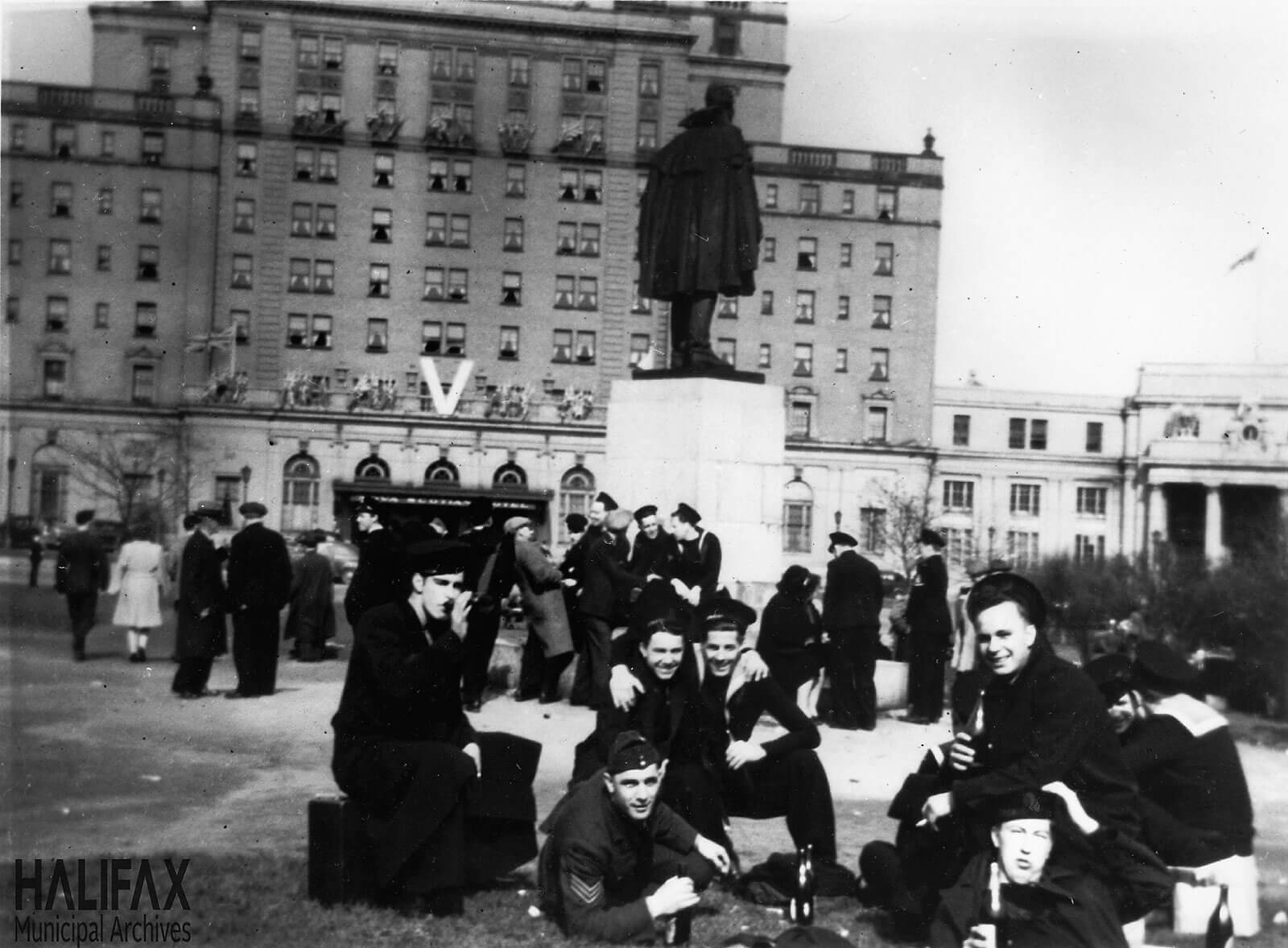 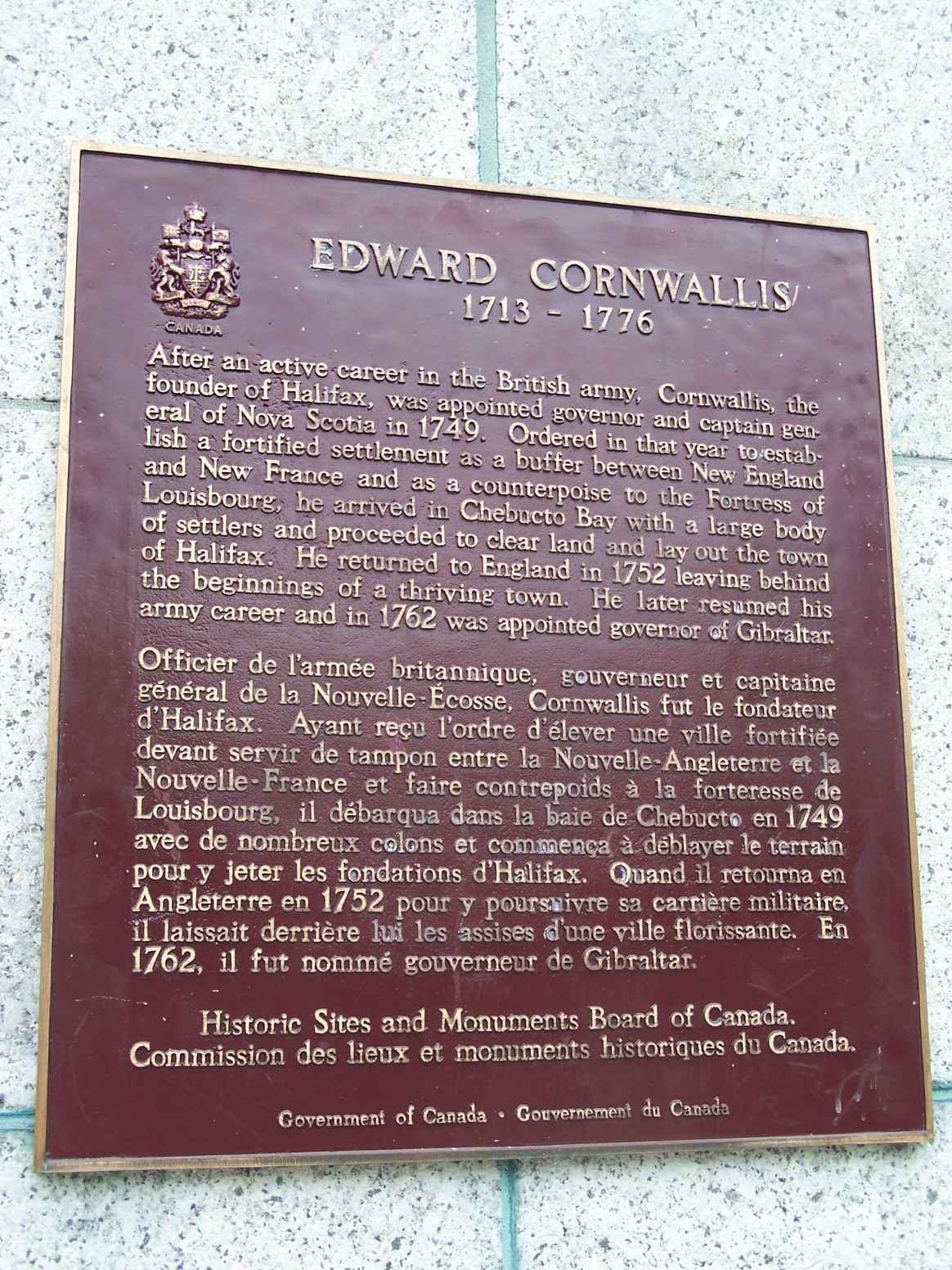 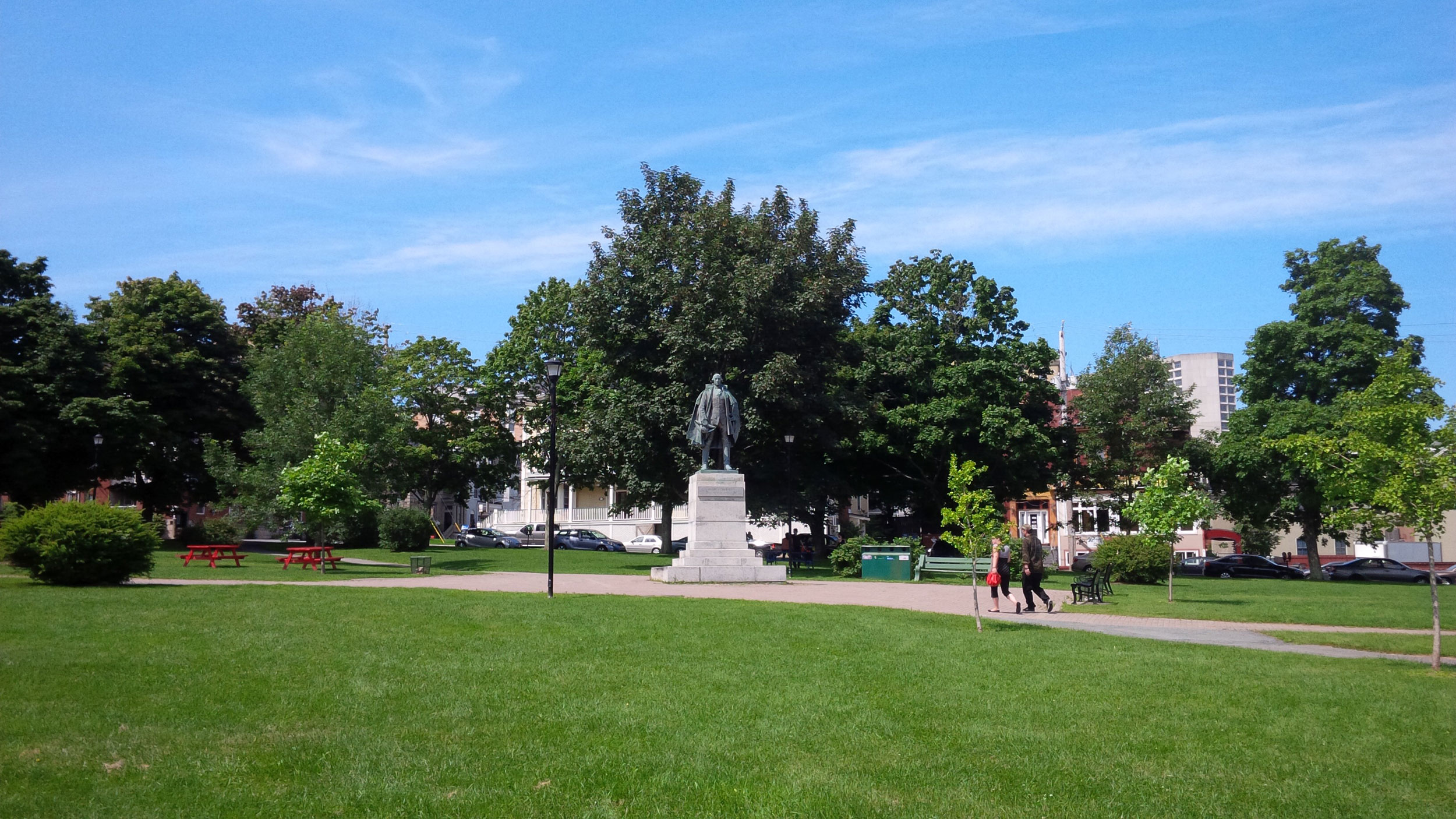 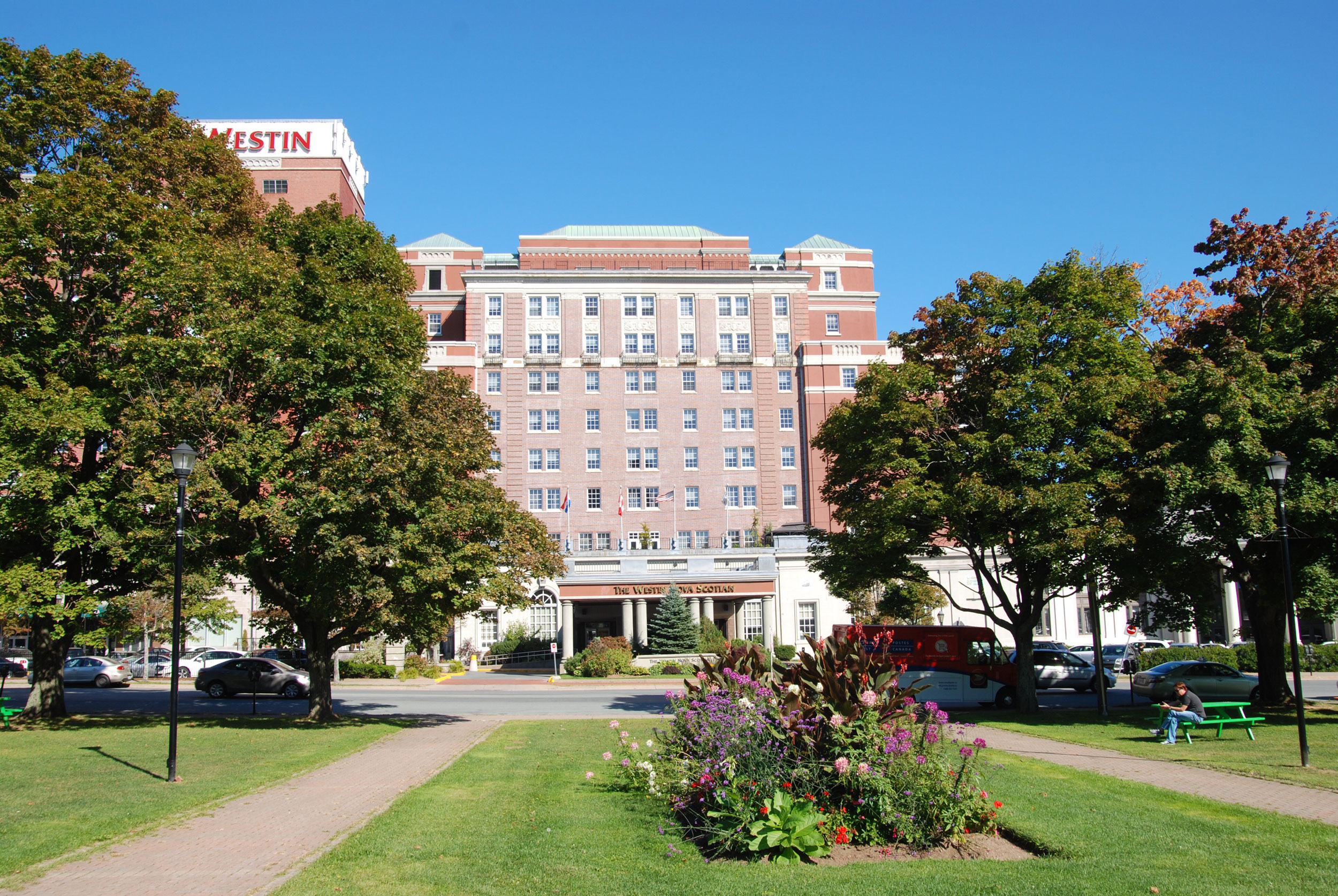 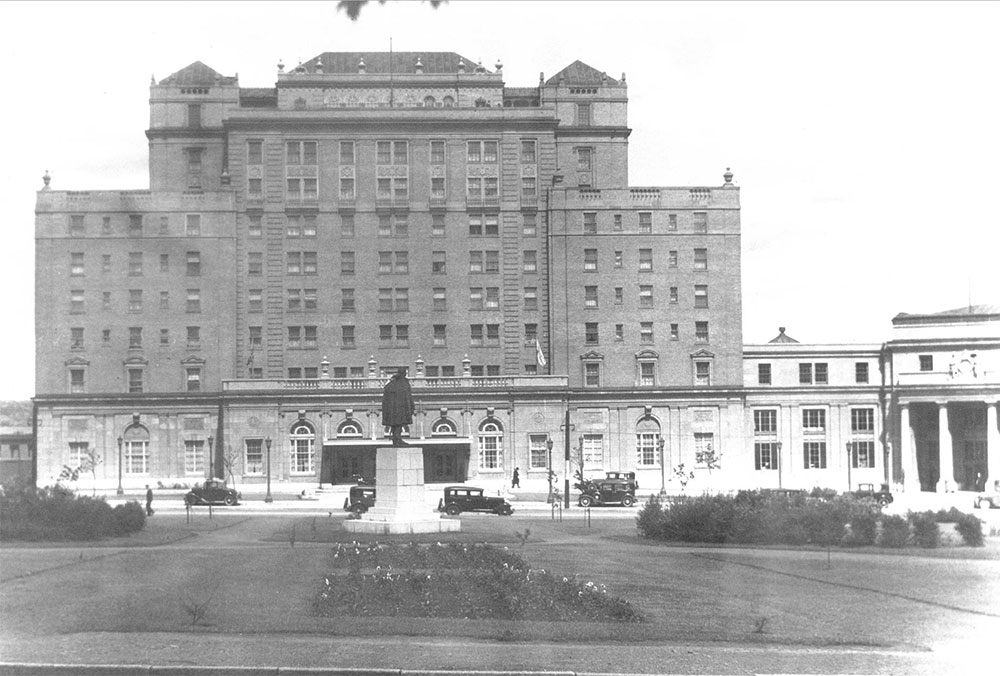 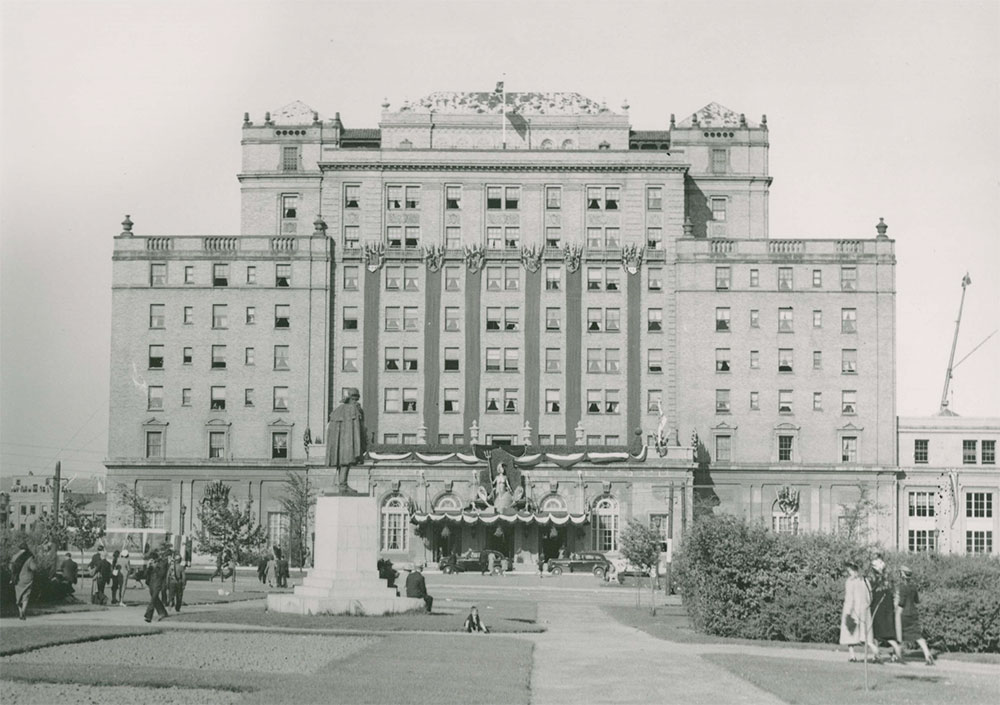 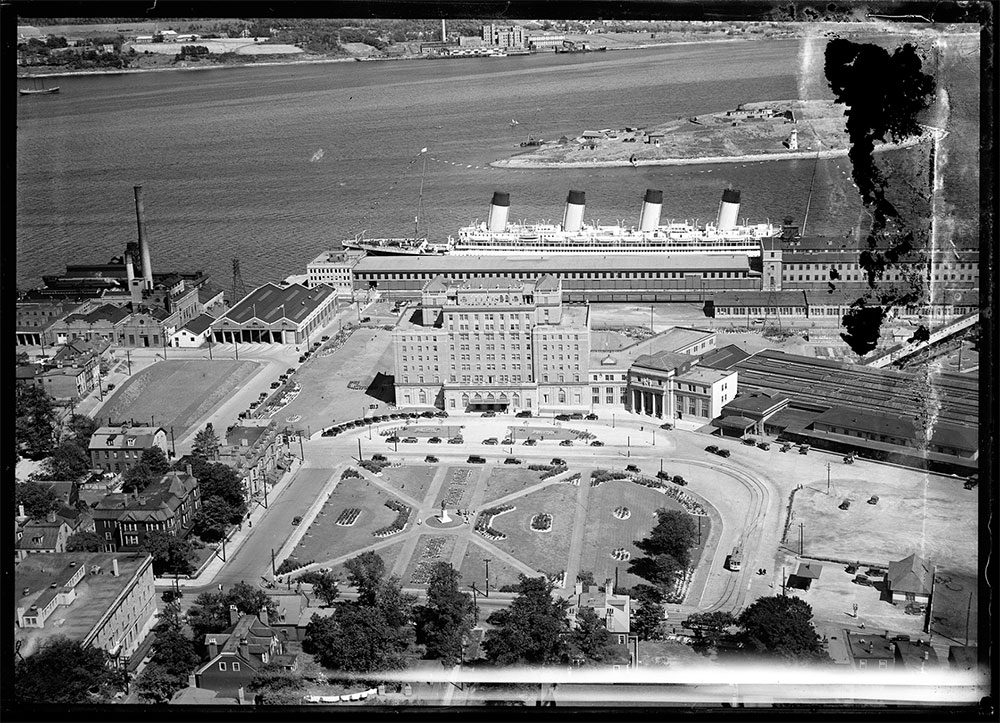 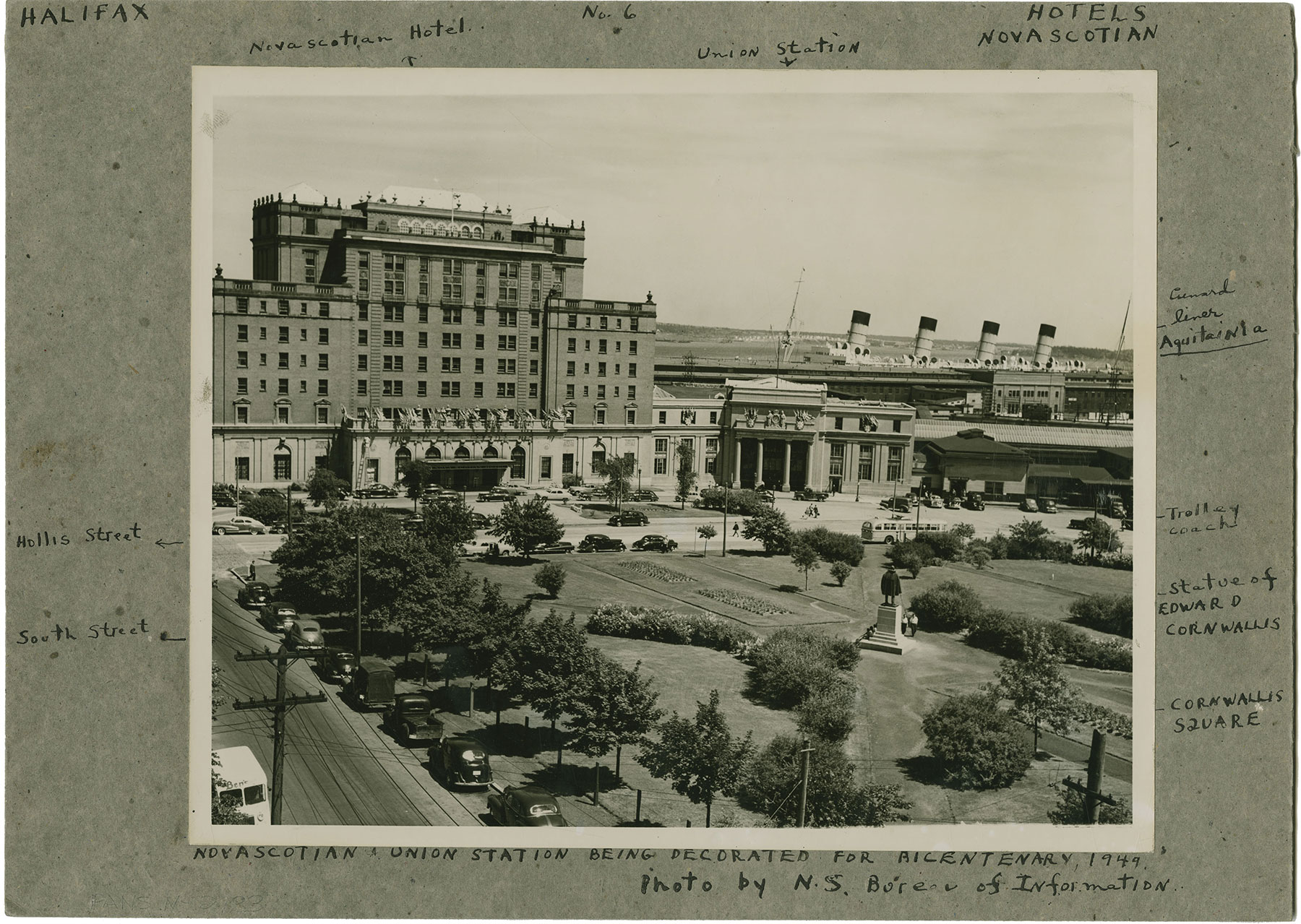 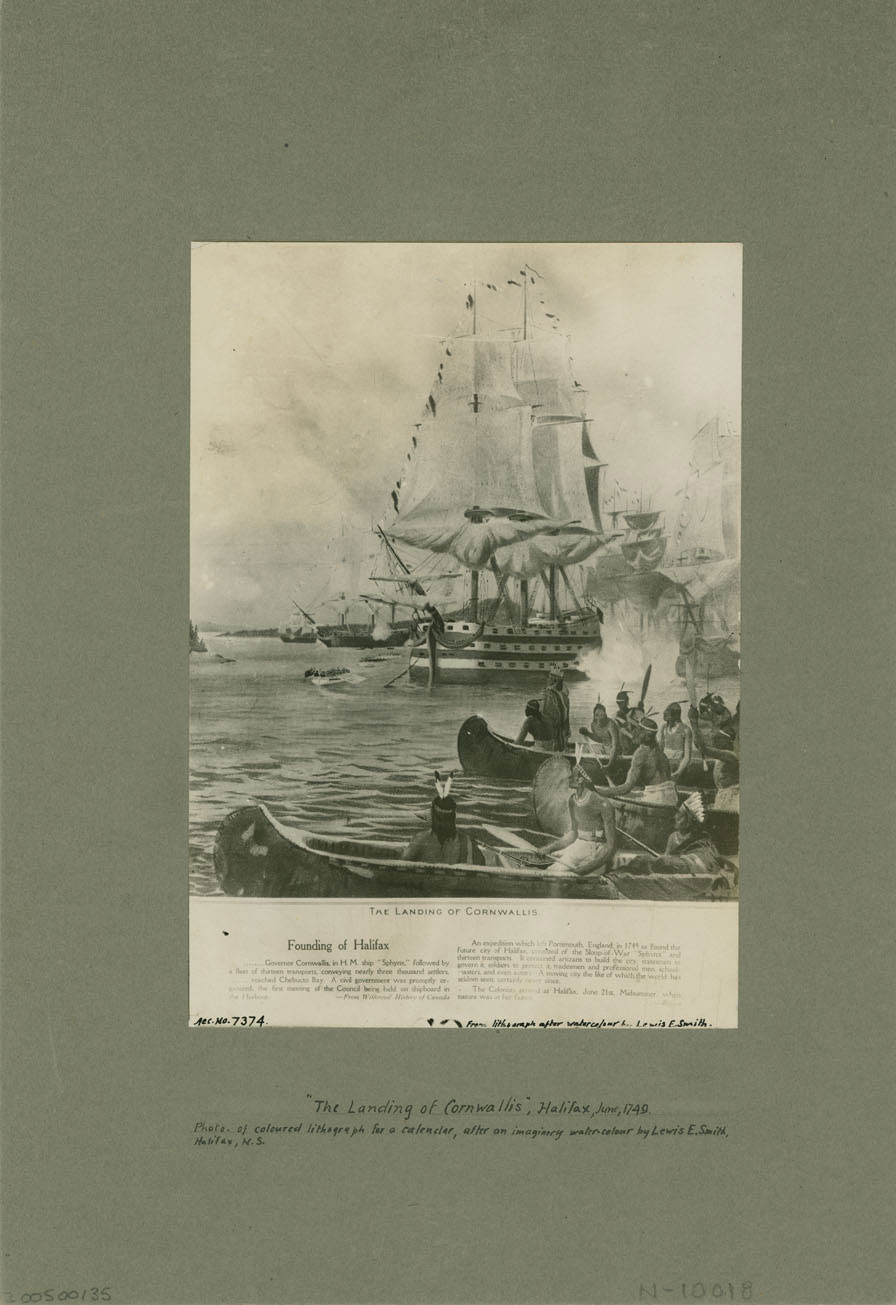 In the late 1920s Nova Scotia Premier E.N. Rhodes, encouraged by business and community leaders, set up the Cornwallis Memorial Committee to erect a statue to recognize Edward Cornwallis as the Founder of Halifax and to promote tourism (including visitors arriving by train and ship). The Scottish-American sculptor Massey Rhind was engaged to design the statue to be located in the park across from the CNR Station and the new Nova Scotian Hotel (now Westin Hotel). The statue was unveiled in 1931; the bulk of the $20,000 cost ($12,000) was provided by the railway with grants by the Province and City ($2,500 each) and private donations. At the unveiling ceremony the CNR committed custody of the statue to the City and in later years the property was transferred to the city. In 1974 the federal government designated Cornwallis “person of national historical significance.”

Halifax Regional Council in October 2017, facing controversy from the Indigenous community over the statue and name of the park, moved to establish a Special Advisory Committee (SAC)—with an equal number of Indigenous and non-indigenous members-- to advise Council on how to commemorate Cornwallis and to recognize and commemorate Indigenous history in HRM. On January 30, 2018, Council—after the Assembly of Nova Scotia Mi’kmaw Chiefs issued a statement demanding the Cornwallis statue be removed immediately and before the SAC commenced deliberations -- moved to immediately remove the statue from Cornwallis Park. It was removed the following day (January 31) and placed in storage at a civic public works depot for an indefinite period. Later in 2018 SAC members moved to change its governance structure to an independent Task Force and “…the ability to sets its own processes and procedures.”

In 2019 the Task Force, under co-chairs Chief Roderick Googoo and Dr Monica MacDonald, held four public engagement sessions in Halifax, Dartmouth and Millbrook First Nation, Colchester County and two follow up facilitated conversation circles, resulting in 70 participants and 76 written submissions with the Task Force reporting, “the majority of contributors who commented… (were) opposed to restoration of the statue at Cornwallis Park or to any other position of positive public commemoration.” In May 2020 the Task Force presented its report and 20 recommendations which Halifax Regional Council approved in full on July 21. The Number 1 recommendation states: That the statue of Edward Cornwallis not be returned, under any circumstances, to a position of public commemoration.”Other recommendations include renaming Cornwallis Park and Cornwallis Street and placing the statue in a civic museum if/when built. The bulk of the 20 recommendations deal with increased recognition and commemoration of Indigenous history and culture including additional usage of Mi’kmaw language in naming and signage, beginning with currently anglicized Mi’kmaw names.

The Halifax Military Preservation Society, historians and others have called into question the raison d’être for obliterating any public recognition of Edward Cornwallis in the name of Reconciliation based on a select interpretation of historical events by a less than open-minded process and in turn have called for a more objective public review around the commemoration of Cornwallis before HRM commences to implement the 20 recommendations.

For documented accounts regarding the positions of the different combatants in Nova Scotia prior to, during and following Cornwallis's tenure as Governor including the scalping actions of the Indigenous forces involving non-combatants (supported by the French) and the rationale for Cornwallis issuing the bounty proclamation on Mi'kmaw warriors in 1749 (which he rescinded in 1752) refer to HMHPS historical papers No.1 and No. 6 and other papers/articles listed in adjoining Related section.