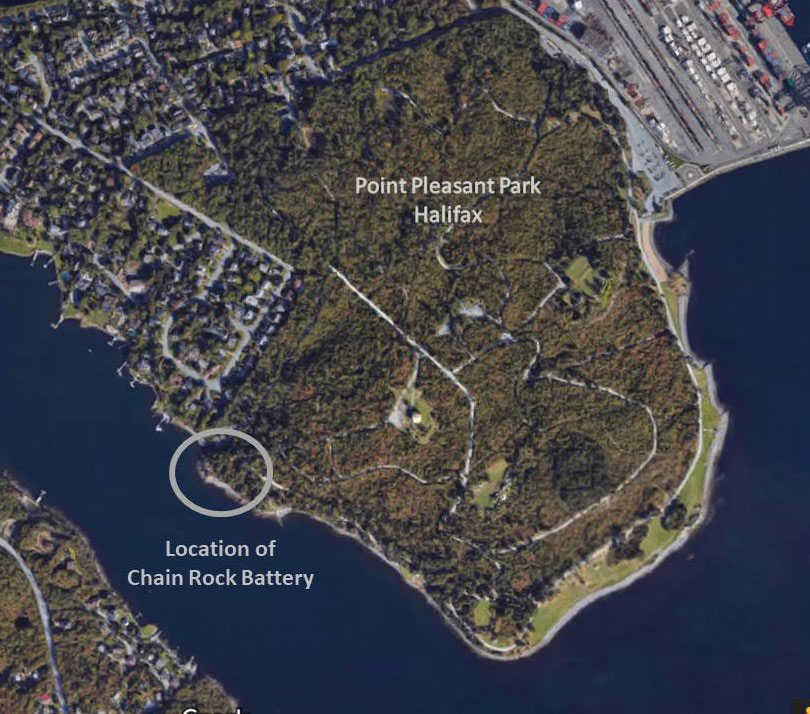 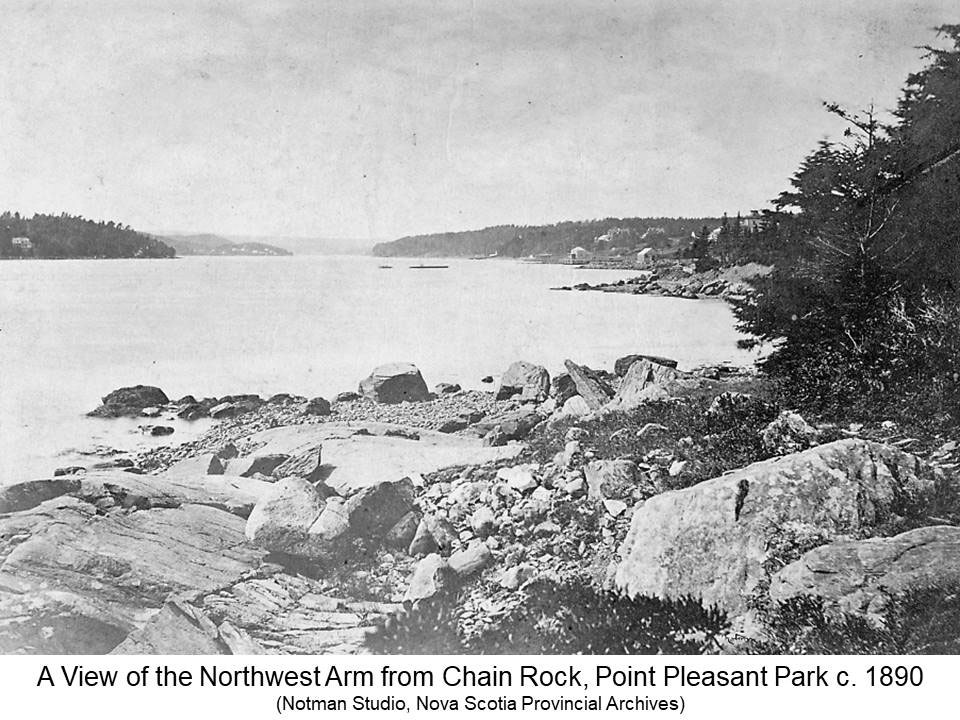 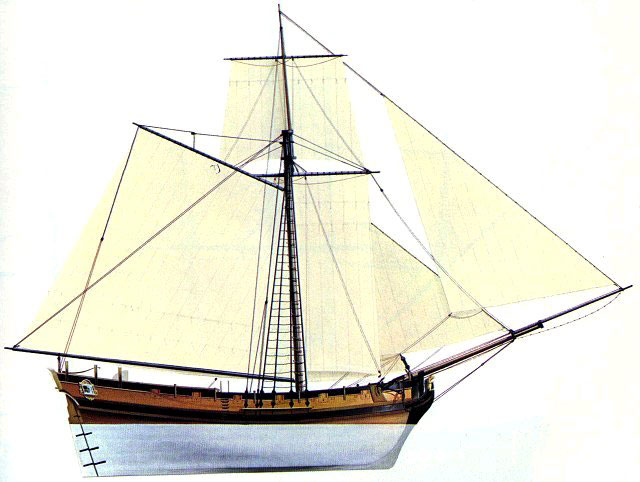 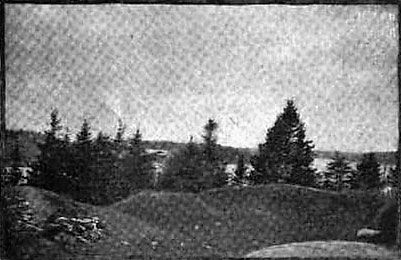 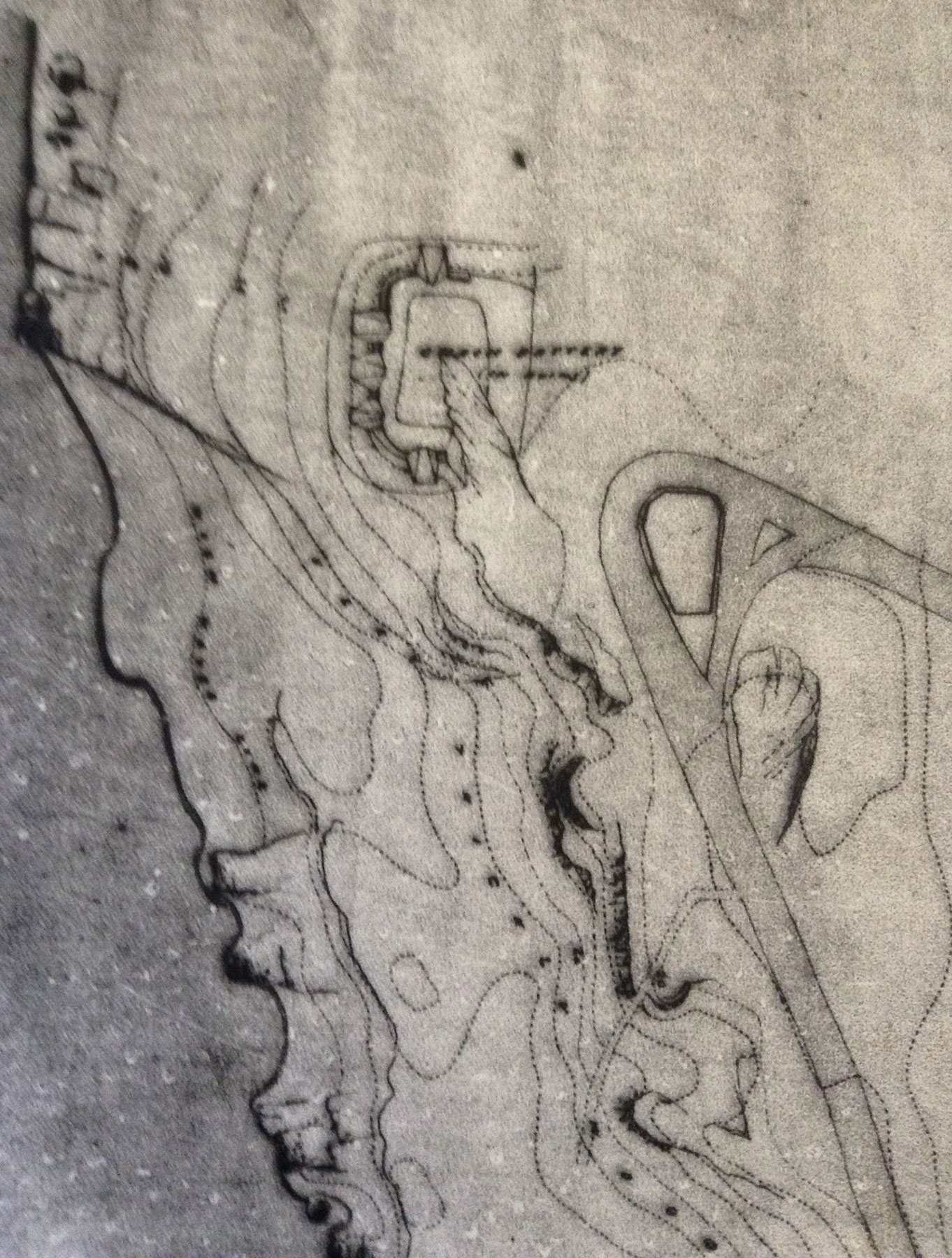 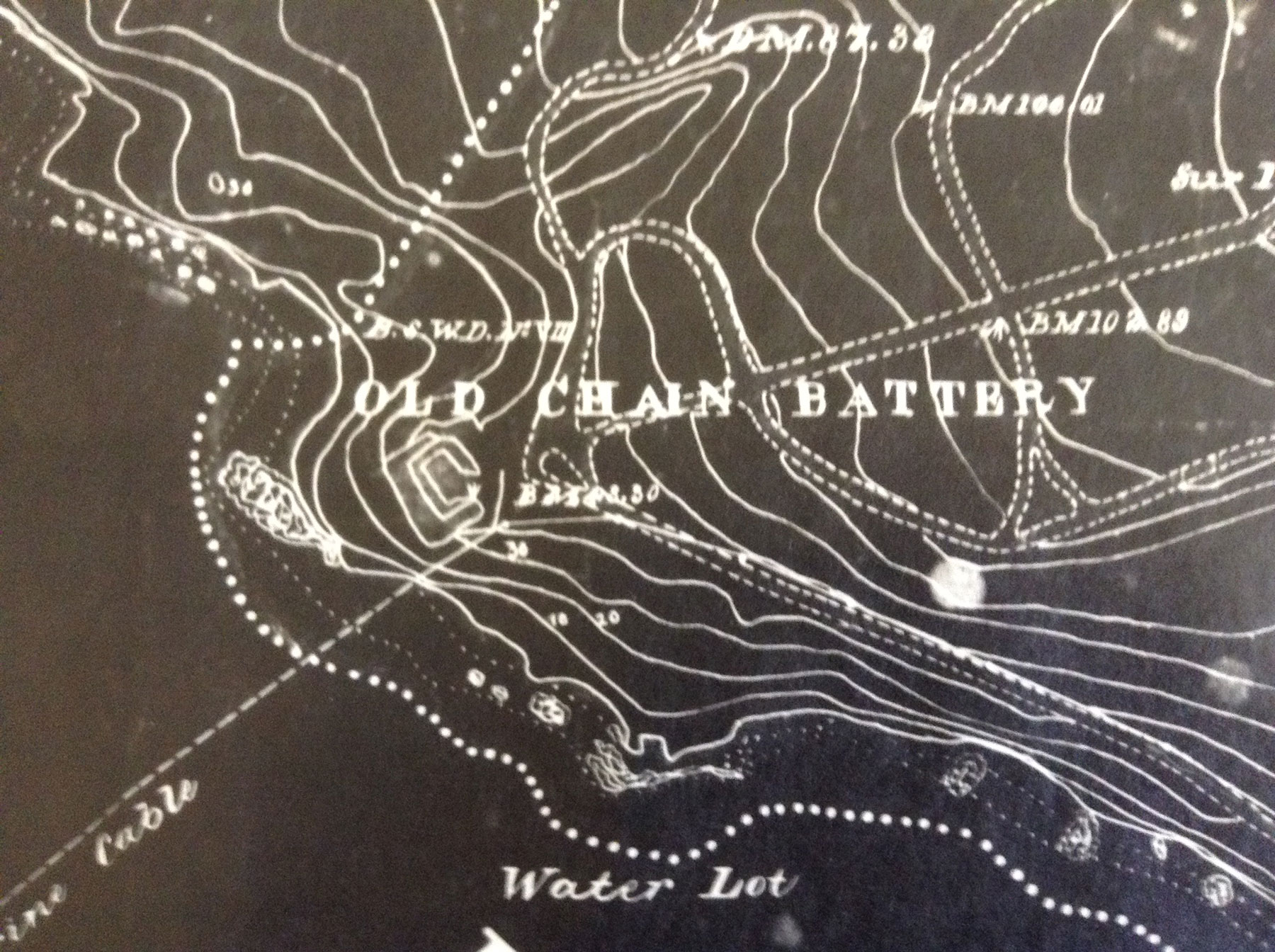 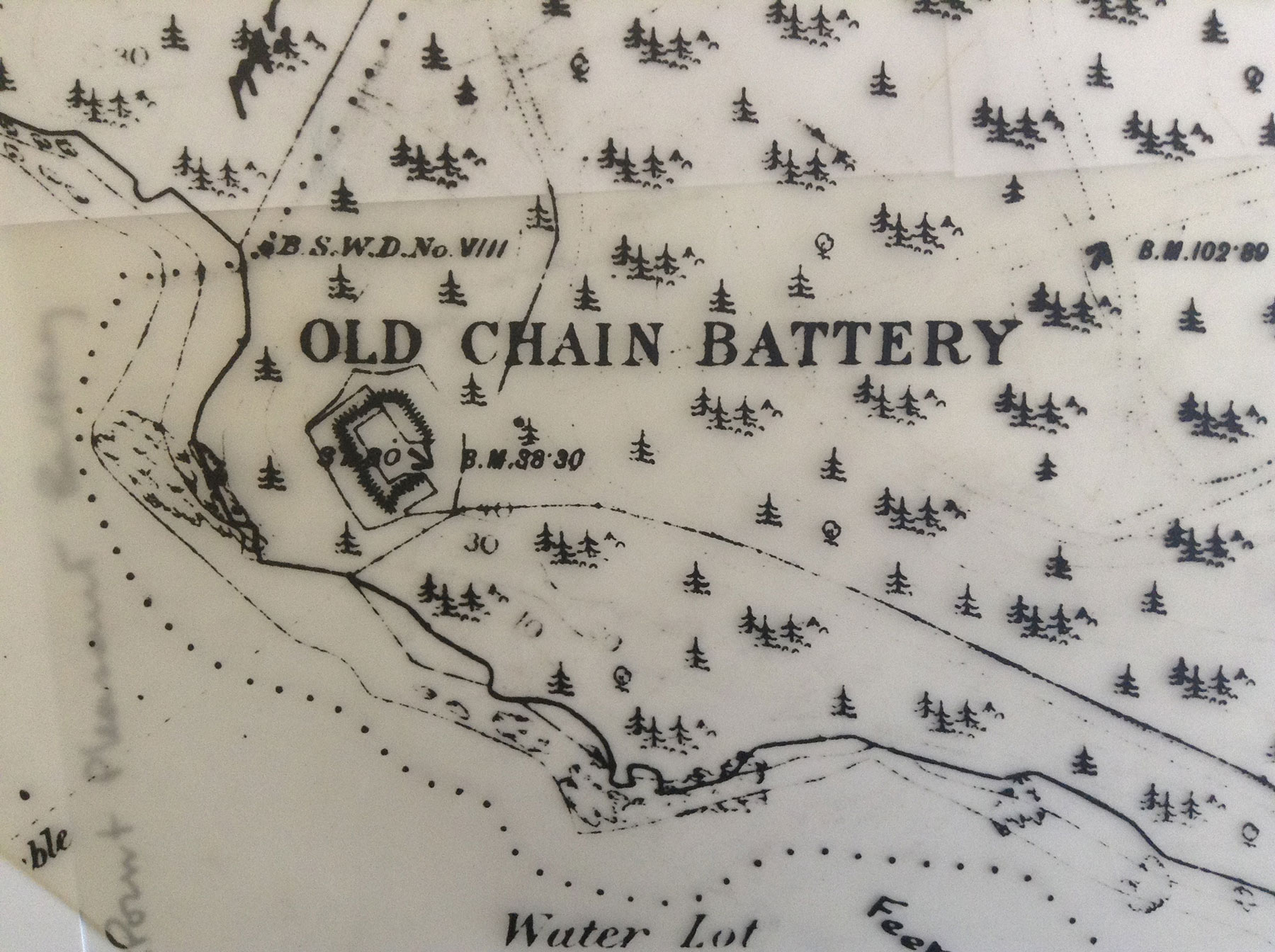 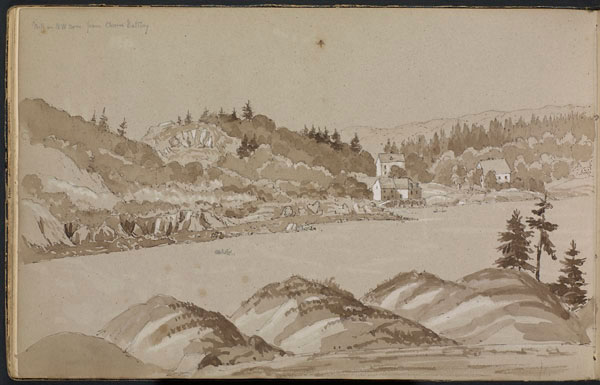 In July 1762 a boom of timber and chains, 120 fathoms long (220 metres), was placed across the outer part of the Northwest Arm from Chain Rock to the opposite shore, as directed by Admiral Lord Colville (Commander-in-Chief of His Majesty’s Ships in North America). In charge of the construction and placement of the boom was James Cook, then the 33-year old Master of Lord Colville’s flagship HMS Northumberland, later to become the famous navigator and explorer. This was part of the measures put in place to bolster the defences of Halifax, in response to the capture of St. John’s, Newfoundland by the French earlier that month and amid concerns of an imminent attack on Halifax. The boom’s purpose was to prevent enemy vessels from sailing up the Arm and landing troops to the west of Halifax and outflanking the defences. The Point Pleasant end of the boom was anchored on a small promontory which, as a result, became known as Chain Rock.

Initially a Royal Navy sloop with eight 6- or 9-pounders was stationed inside the boom for added protection. Two small batteries ashore were added in 1782, the northern one, closest to Chain Rock, was a blunted redan armed with three 6-pounders; while the southern one, about 20 yards away, was a small redan with two 4-pounders facing south.

In 1796, during the French Revolutionary Wars (1793 to 1802), the boom was again put in place and Chain Rock Battery - a blunted redan armed with four guns - was constructed on the site of the northernmost of the two small batteries.

In the 19th century, as Halifax’s defences became more extensive and longer-range guns were installed, the boom and associated shore battery became obsolete. Little remains of Chain Rock battery today. Part of the redan wall, entombed in earth, can be identified along with some of the gun openings or embrasures and anchor points for the boom.