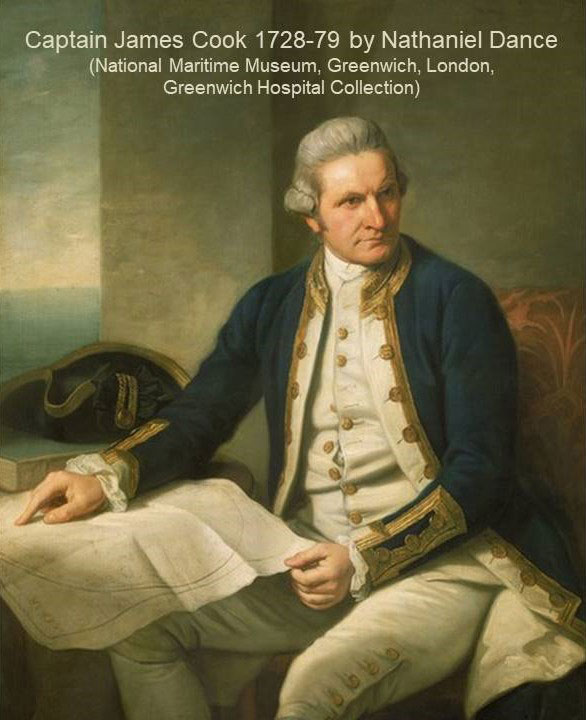 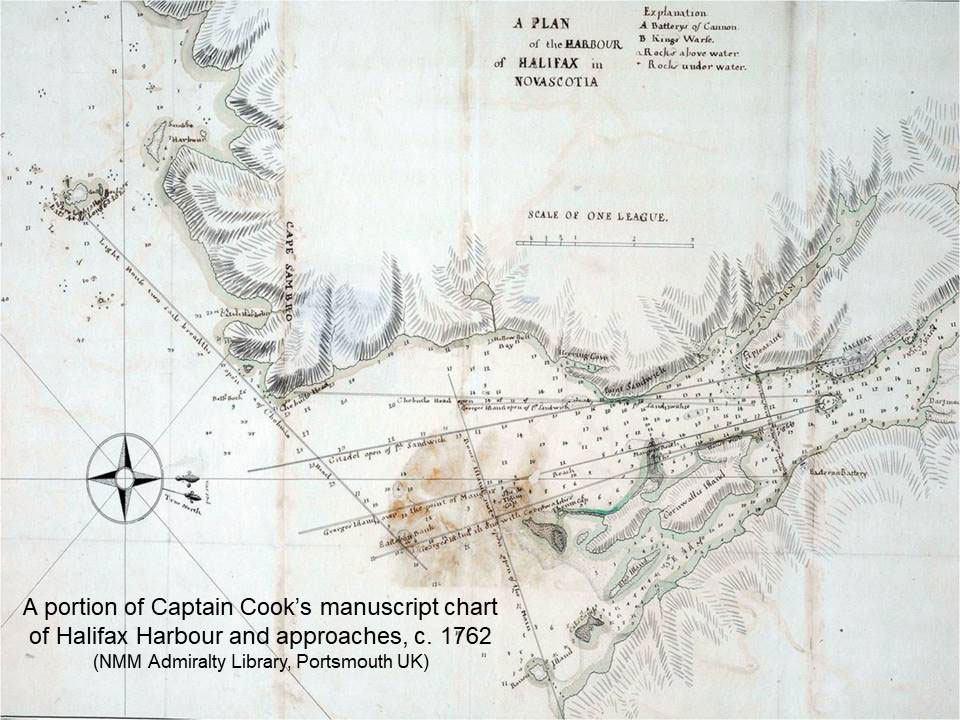 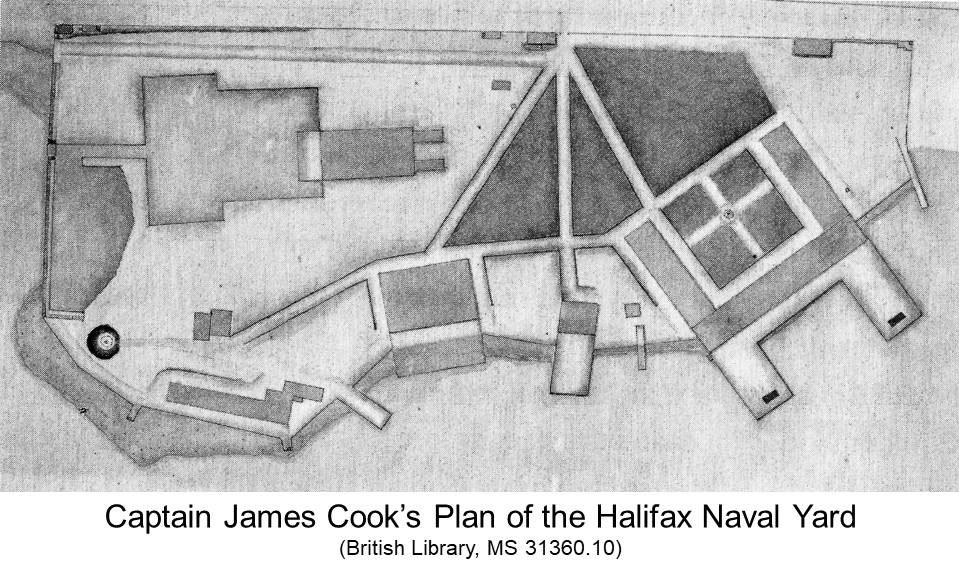 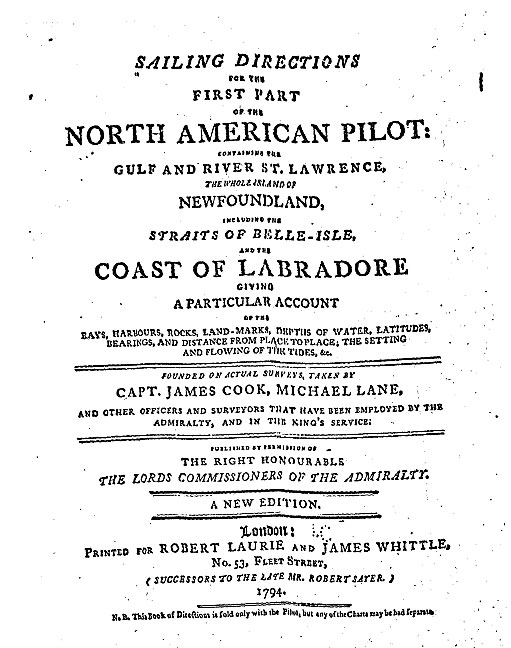 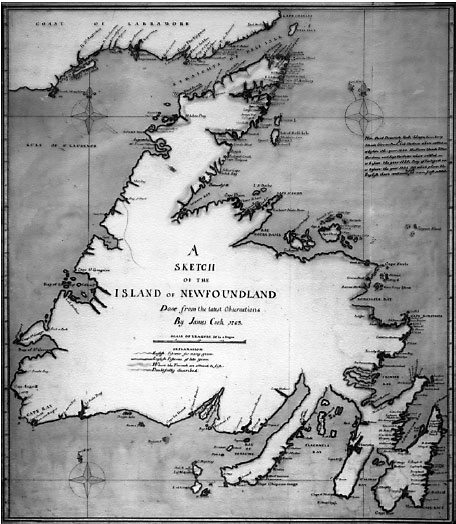 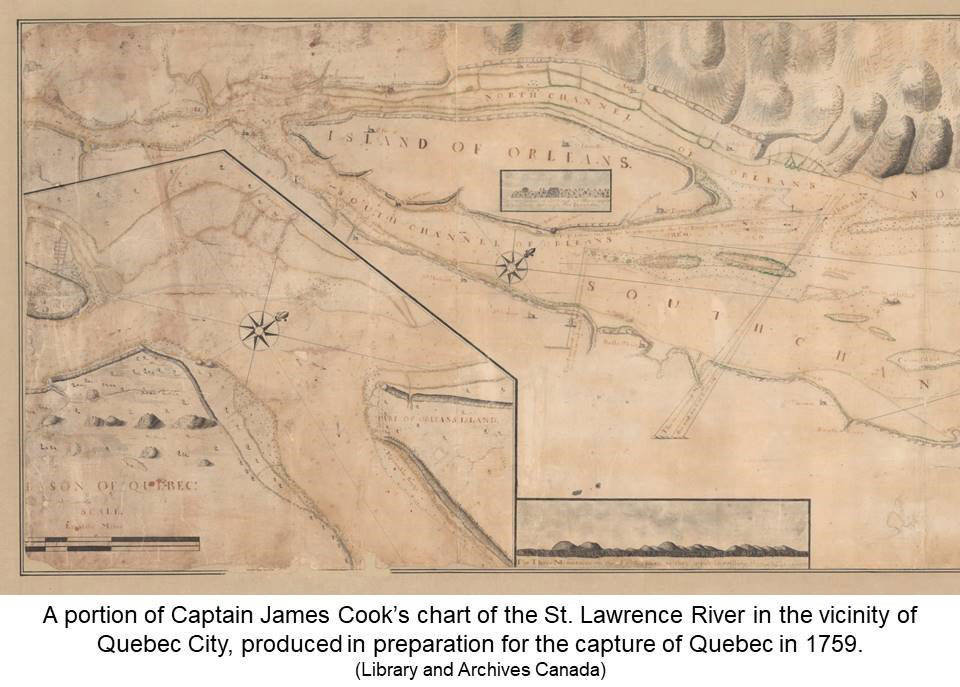 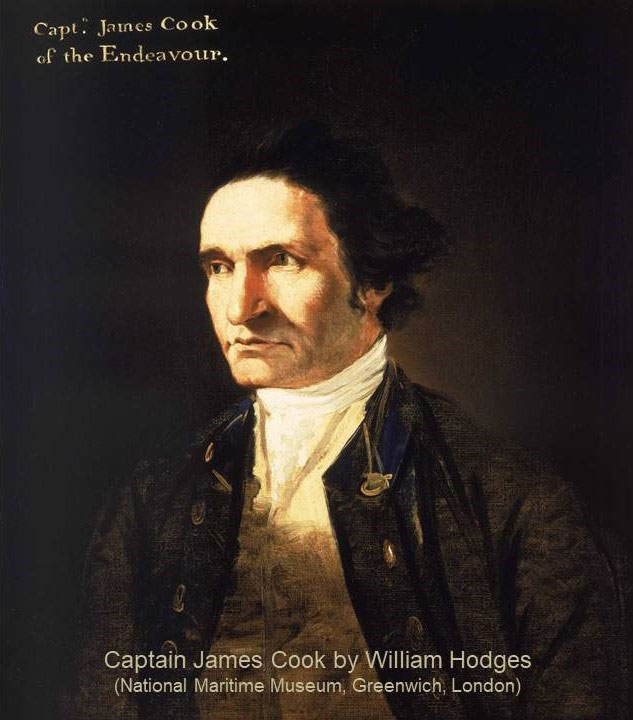 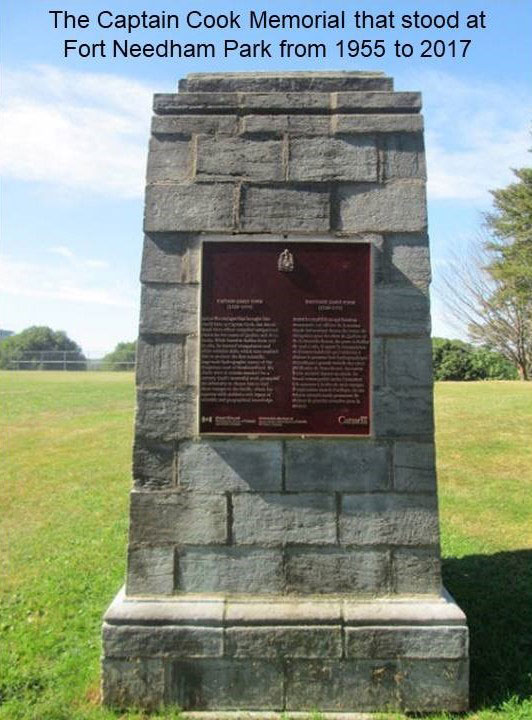 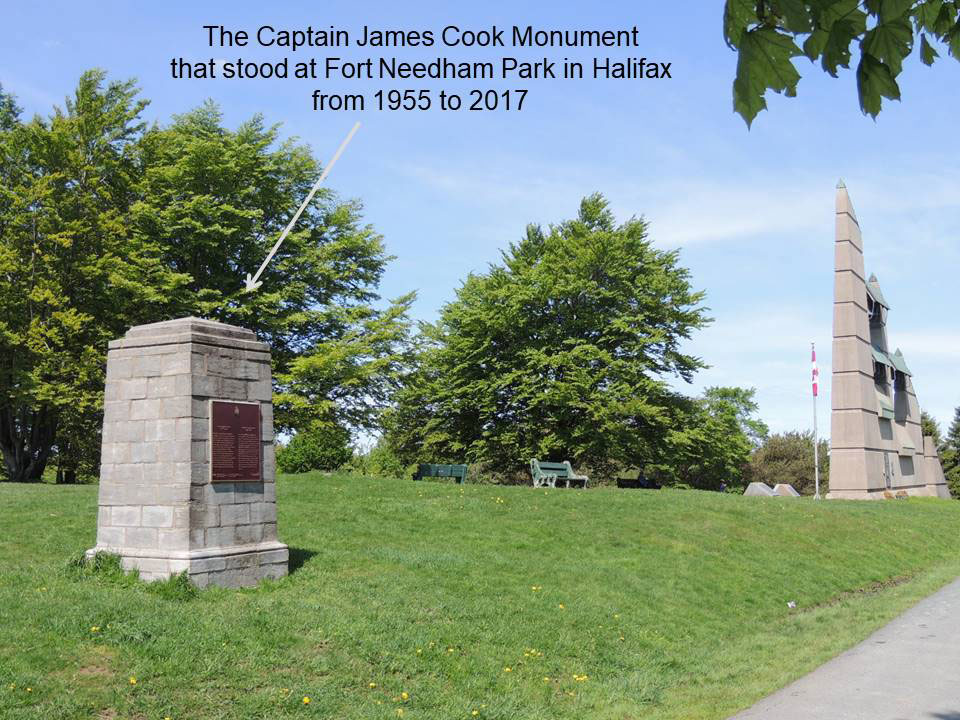 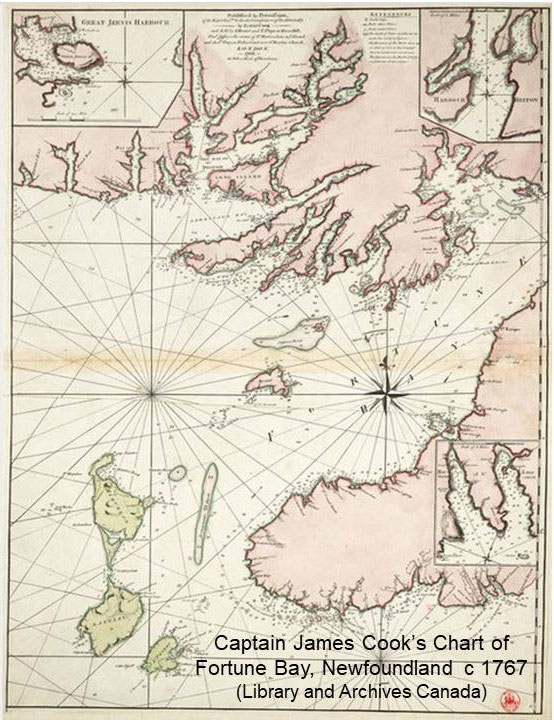 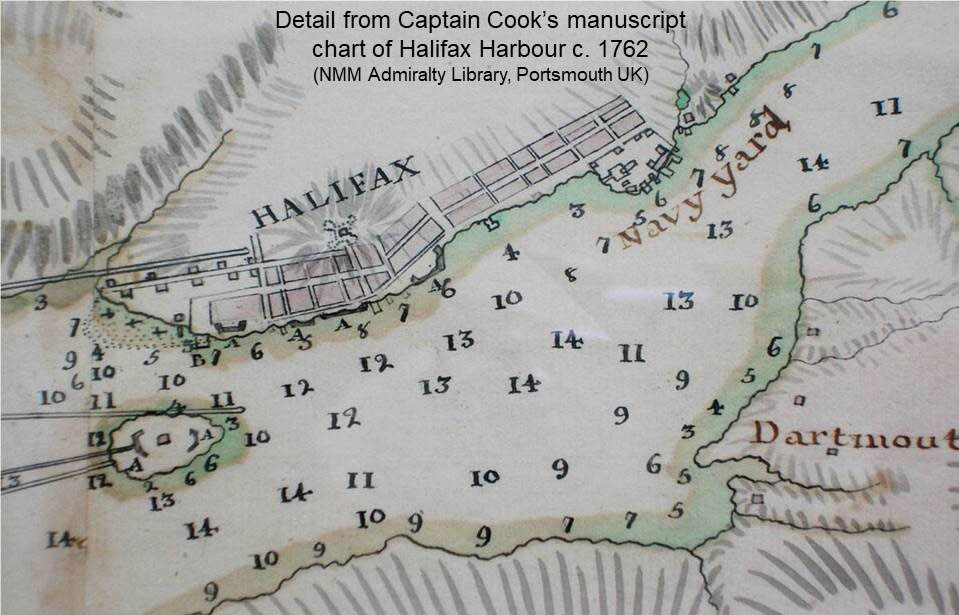 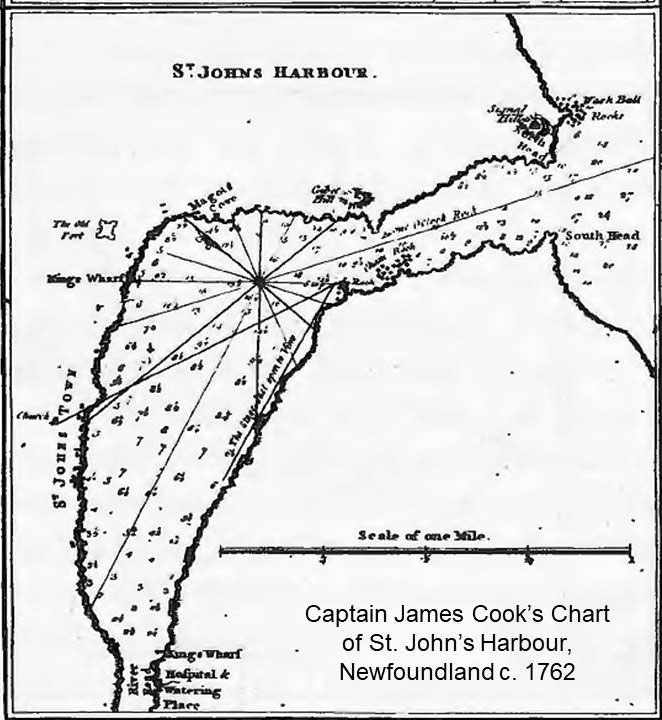 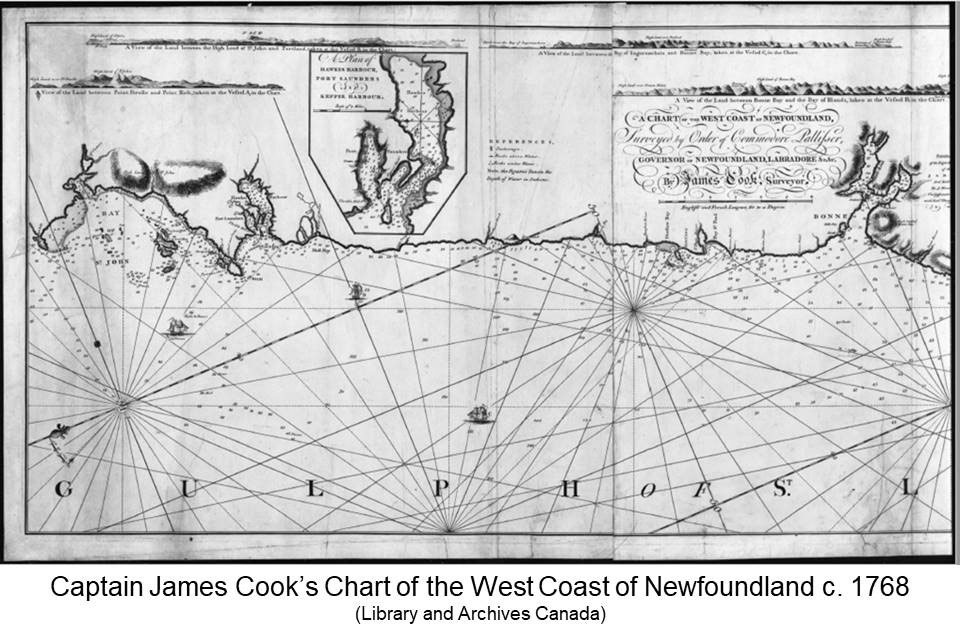 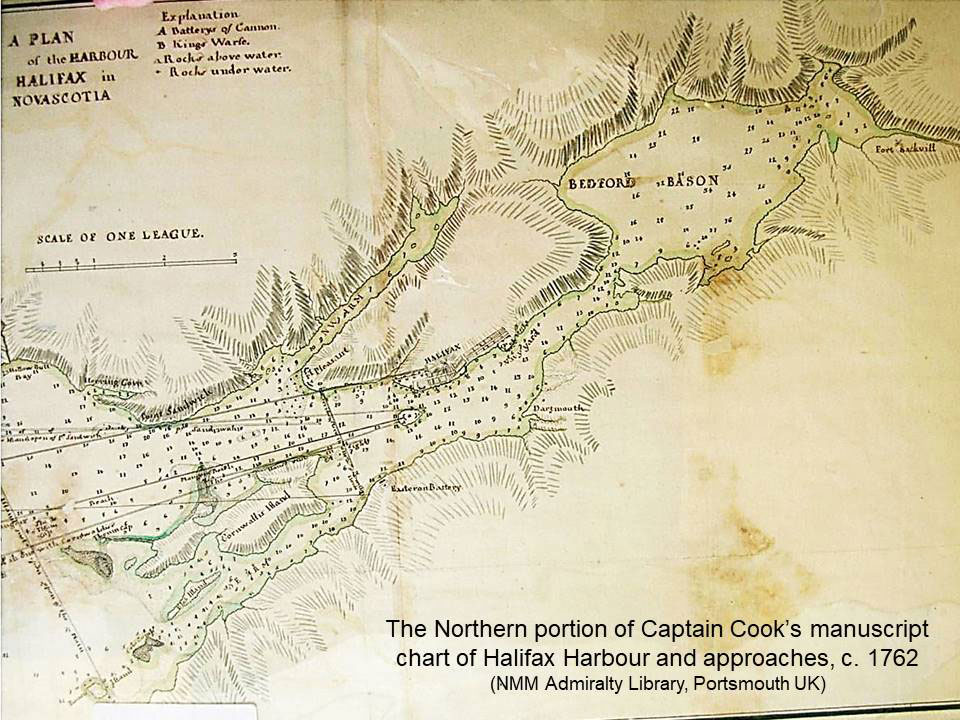 Captain James Cook served in a number of Royal Navy ships based in Halifax between 1758 and 1762, just a decade after the founding of the city. During this period he mastered the art of surveying, hydrography and cartography, and produced numerous nautical charts and sailing directions of the Atlantic Canada region. This activity is widely credited for his subsequent success and renown as the famous Pacific explorer.

Cook arrived in Halifax in May 1758 as the Master of the 60-gun fourth-rate HMS Pembroke. That summer he took part in the siege and capture of Fortress Louisburg. The following year, after wintering in Halifax Harbour he played a vital role in the campaign to capture Quebec, by surveying the St. Lawrence River to permit the British fleet to sail up the river; much of his work being done within range of the French guns. Promoted after the battle to be Master of Admiral Lord Colville’s 70-gun flagship HMS Northumberland, Cook spent the next three years surveying the waters of Atlantic Canada, based in Halifax. He produced, among others, a plan of the Halifax Naval Yard and two of the earliest and most comprehensive manuscript charts of Halifax Harbour and its approaches. His sailing directions included a “Description of the Sea Coast of Nova Scotia” as well as directions for the Gulf and River St. Lawrence. Over this time he continued to study and hone his skills. In Northumberland he again served in the St. Lawrence River in the summer of 1760 during the British campaign to capture Montreal.

When the French took St. John’s, Newfoundland in July 1762, Halifax prepared itself for a possible follow-on invasion. Cook was placed in charge of constructing the chain boom across the Northwest Arm at Halifax to keep enemy shipping from landing troops to the west of the town – the remains of Chain Rock Battery in Point Pleasant Park denotes the anchor point of one end of the boom. Then in Northumberland he took part in the short campaign to recapture St. John’s in the fall of 1762. Before he returned to England that November he surveyed Placentia Bay, Bay Bulls and St. John’s Harbour.

Cook surveyed much of the coast of Newfoundland over the next three years (1764-67) while in command of HMS Grenville, producing charts that are hailed as masterpieces of hydrography, unparalleled in detail and precision. A good deal of his survey data is still incorporated in modern charts today. Much of the success of his subsequent Pacific voyages of exploration can be attributed to the 9 years he spent in Atlantic Canada.

A memorial cairn commemorating Captain James Cook’s years in Halifax and his contributions to hydrographic surveying was erected by the Historic Sites and Monuments Board of Canada (HSMBC) at Fort Needham Park in 1955. The location was chosen for its panoramic views of Halifax Harbour, which Cook charted and which served as his home anchorage for four years. However in 2017 Halifax Council decided that Fort Needham Park would be designated solely for commemoration of the 1917 Halifax Explosion; the Captain Cook Monument was dismantled and the plaque returned to HSMBC. A decision awaits on its relocation elsewhere in Halifax.